Romney’s White Whale: Old Man’s IT and the Election That Got Away 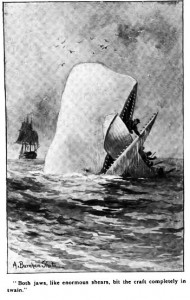 ArsTechnica did a comparison between Mitt Romney’s and Barack Obama’s campaigns’ information technology expenditures. They note a few key attributes that differentiate the Romney campaign’s use of IT:

Sure looks like the typical modus operandi of vulture capitalists that don’t invest but hit-and-run on the high seas, looking to harpoon anything of value in order to flay its carcass for cash. This says something both familiar and abhorrent about Mitt Romney and his supporters with regard to democracy.

But there are several other points that ArsTechnica missed in their assessment.

Generational shift — The difference in funds allocated and the way in which the IT monies were spent revealed a compelling truth: old guy Romney doesn’t value information technology the way younger guy Obama does. It’s a generational shift, from old school campaigns which still rely heavily on direct mail and broadcast media, to digital campaigns run by Gen-X and Millennials who are digital natives.

Based on past performance by vendors and team members alike, Obama’s team also trusts the technology team it assembled to do work quickly, effectively, on the fly. They trusted technology.

IT effectiveness opaque to outsiders — What exactly was the Romney team’s ORCA application? ArsTechnica notes the lack of disclosure, but doesn’t really ask a key question: what were all of ORCA’s deliverables? It sure wasn’t a GOTV application based on what the public could see. It looked more like a GMSV (giant money-sucking vortex) and nobody from Team Romney wants to talk, while rejecting any claims that ORCA was a fail whale. We’ll likely never know what the problems were with ORCA and what positive/negative impact it had on the campaign unless insiders leak about the application.

“Friends” made less visible IT contributions — Although some Obama supporters provided their own IT firepower to boost support through their own independent effort, the Romney camp received far more IT help in tandem through super PACs. The pro-Romney/anti-Obama digital campaign purchased by these super PAC “friends” was far larger than the Romney campaign’s IT component.

And of course, IT spending by these groups can be a black hole since donors’ identities need not be disclosed. How does the public know with absolute certainty what was donated if full disclosure isn’t required? Under current campaign finance laws we can’t be absolutely certain if donors provided cash, or a donation-in-kind, or both; there’s an inadequate amount of information reported providing a solid audit trail to assure the public that donations of any kind have been fully revealed. Ditto for privately-held corporations like those owned by the Koch brothers whose financial records are confidential; what was their contribution to these super PACs?

Yet firms with the biggest IT spending in the world are required to be more transparent, due to their status as publicly-held entities. Funny how we expect our search engines and booksellers to be more upfront with their digital technology expenditures than a campaign that sought control of our federal government.
_____