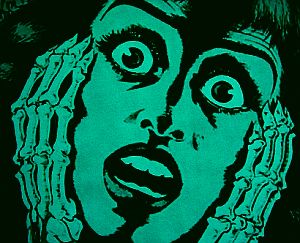 [photo: adapted from Shock by Jeremy Brooks via Flickr]

For this reason you can bet most future predictions are not made by folks with degrees in Future Studies. Not only are there few courses and fewer programs in this field, but there are very few jobs for graduates. Many grads will end up in think tanks, assuming they don’t have a dual degree in finance, economics, or business, with which they end up getting a corporate sector job.

As small and obscure as this field is, one might wonder how much practical experience many of these Future Studies experts have with regard to how things work.

Apart from climate and weather forecasts, this means the public is subjected to forecasts and predictions by few true futurists, and likely “sheltered” ones at that.

It’s no surprise, then, that we end up with posts like this one via the World Future Society’s The Futurist magazine: Eight Shocking Quotes from 2012 that will Redefine Our Future.

Are these truly shocking? Hardly; while quotes by Richard Florida and Chris Anderson are noteworthy and truly predictive, the rest are filler.

(Note also that none of the eight SHOCKING! quotes are by women. Apparently estrogen prevents those of us born with double XX chromosomes from saying anything that might sharply detour you from the future as you’ve believed it will be.)

Let’s look at a couple examples, starting with this quote by former Microsoft CEO and progenitor, Bill Gates:

“When you come to the end of the innovations that business and government are willing to invest in, you still find a vast, unexplored space of innovation where the returns can be fantastic. This space is a fertile area for what I call ‘Catalytic Philanthropy.’”

What a crock. The Futurist contributor, Thomas Frey, believes this to be a stop-in-your-tracks remark. This ranks among the finest examples of naivete and the obtuse, combined with hypocrisy that I’ve ever read.

Apparently Frey is either unaware or has forgotten that Bill Gates’ organization led the effort to squash independent innovation that business and government wouldn’t fund, in the form of open source software. See the 1998 Halloween Documents as evidence. It’s utter hypocrisy that Gates makes such a declaration as if he’s never run into innovation in the wild, unfettered by corporate and government reins.

Is Gates right about the returns? Hell yes — that’s why his corporation worked for nearly a decade to beat down the under-funded, coder community-based competition. Just look at the amount of open source Linux-based Android software and applications in the marketplace today, along with the hardware they support. Beaucoup returns based on an open source software. Oh, and philanthropically funded, albeit with self-interest, by Google in the form of Summer of Code projects combined with infrastructure support for open source software projects and organizations.

Philanthropy and future redefining, my ass. This is profit in the present, and Gates once again lives in the past as he did in 1998.

Another doozy of a quote offered up was by Netscape browser’s creator, Marc Andreessen:

“Software is eating the world.”

Where have both Andreessen and Frey been living — under a rock? The very reason cellphones have outsold personal computers for the last handful of years has been software, combined with increasingly cheap, miniaturized hardware, and the increasing reach of network connected to cheap servers and storage. The amount of applications exploded with the release of the first smartphones, particularly the iPhone; the middleware environment kept pace to service the data created by applications. Tablet hardware now takes the place of even more PCs, using many of the same software applications that smartphones use.

It’s not shocking at all that Andreessen, of all people, would believe that “software is eating world” — software is his life’s blood, his raison d’être. (Hello, Netscape?)  His remark is hardly a redefinition of the future, but a description of the present and near-term past.

The flimsiness of these quotes with regard to their impact on our future should give us all pause when presented with predictions and forecasts. Perhaps you can do a better job of forecasting without credentials in future studies, simply by using solid analytical thinking and a careful examination of the past and present.

(Disclosure: I have consulted in competitive intelligence related to open source software–me and my double XX chromosomes.)