Why Would PRISM Providers Need to Pay Millions for New Certificates on Upstream Collection? 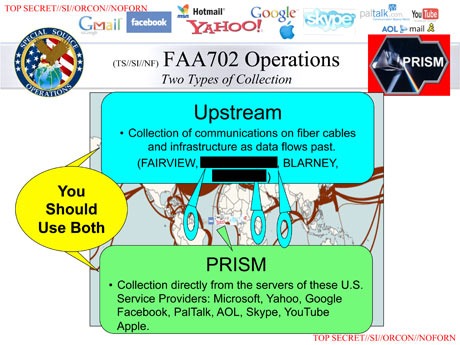 The Guardian has a story that rebuts the happy tales about quick compliance being told about the October 3, 2011 and subsequent FISA Court opinions. Rather than implementing a quick fix to the Constitutional violations John Bates identified, the government actually had to extend some of the certifications multiple times, resulting in millions of dollars of additional costs. It cites a newsletter detailing the extension.

The problem may have only affected Yahoo and Google, as an earlier newsletter — issued sometime before October 2 and October 6, 2011 — suggested they were the only ones that had not already been issued new (as opposed to extended) certificates. Moreover, Guardian’s queries suggested that Yahoo did need an extension, Facebook didn’t, and Google (and Microsoft) didn’t want to talk about it.

A Yahoo spokesperson said: “Federal law requires the US government to reimburse providers for costs incurred to respond to compulsory legal process imposed by the government. We have requested reimbursement consistent with this law.”

Asked about the reimbursement of costs relating to compliance with Fisa court certifications, Facebook responded by saying it had “never received any compensation in connection with responding to a government data request”.

Google did not answer any of the specific questions put to it, and provided only a general statement denying it had joined Prism or any other surveillance program. It added: “We await the US government’s response to our petition to publish more national security request data, which will show that our compliance with American national security laws falls far short of the wild claims still being made in the press today.”

Microsoft declined to give a response on the record.

Here’s the larger question. PRISM is downstream collection, as the slide above makes clear, collection directly from a company’s servers. The problems addressed in the FISC opinion had to do with upstream collection.

We have always talked about upstream collection in terms of telecoms collecting data directly from switches.

But this all suggests that Google and Yahoo provide upstream data, as well.

I’ll have more to say about what this probably means in a follow-up. But for the moment, just consider that it suggests at least Google and Yahoo — both email providers — may be providing upstream data in addition to whatever downstream collection they turn over.

Update: See this post, in which I suggest that Google and Yahoo had problems not because of their own upstream collection (if either does any), but because certifications to them included targeting orders based on violated MCT collection that had to be purged out of the system.

Update: Softened verb in last sentence — perhaps they aren’t. But I suspect they are.

Update: Footnote 24 makes a pretty clear distinction between the upstream and PRISM collection.