A Remembrance of Judge John Roll 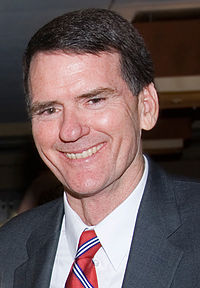 It has now been three years to the day since Jared Lee Loughner went to the the Safeway Supermarket at Ina and Oracle Roads in Tucson where Congresswoman Gabby Giffords was holding her “Congress on the Corner” meeting for her constituents. The rest, as they say, is history. Tragic history. Giffords was grievously wounded, six lives taken and others seriously wounded.

One of the lives lost was that of the Chief Judge of the Arizona District, John Roll. This morning, I saw Andrew Cohen of CBS News tweet out a quick remembrance of Judge Roll, with links to two articles Andrew wrote back in 2011 on him and his loss. The articles are here and here, and are excellent, please click through and read them. The point in the second article regarding the dangers our federal judiciary face is especially salient.

I too might have have tweeted or reposted an old post I had done on Judge Roll, but I did not really do one. I knew John Roll, and at one time long ago, well before she was a Congresswoman, knew Gabby Giffords. I also lived, for a little over a year in graduate school, in the Catalina Footlills not that far from Ina and Oracle, and knew the Safeway store where it all happened as well. The wounds, and the longer term scars, from the January 8, 2011 shooting were too real for me back then. I mostly funneled whatever insight and thoughts I had to other, more traditional reporters, and others, covering the shootings and the legal proceedings as to Loughner. In fact, it took me three weeks to even complete the post I was writing that Saturday morning the moment the news of the shooting started coming in on the television. The only real substantive post I recall writing was on the way the federal government bigfooted the state authorities, to wit Pima County Attorney Barb LaWall, as to the prosecution of Jared Loughner.

So, after seeing Andrew Cohen’s remembrance, and with a little prodding from Andrew, I’d like to give my own brief honor to Judge John Roll.

As I said above, I knew John, and he was one of the finest men, not to mention judges, I have ever met. Kind, generous, helpful and compassionate. Tough as a judge, but fair, and extremely smart. Just a good man and great judge. The very kind of traits that led him to drop by Gabby’s local Congress on the Corner event three years ago today. Roll had been in downtown Tucson at Saturday Mass, knew of Gabby’s event and decided to stop in on the way home and say hi.

I knew Judge Roll almost exclusively professionally, although I did talk to him at a few social occasions over the years too. I first came in contact with him in the late 1980’s when, as a relatively new and wet behind the ears criminal trial attorney, I had a felony trial case down in Tucson that went sideways. The emergency remedy here in such circumstances is an extraordinary writ proceeding, known as a “special action”. They are hurried affairs, and back then were referred to a single “hot judge”, who was basically the on call jurist for the week for special actions. I, by sheer luck, got John Roll. 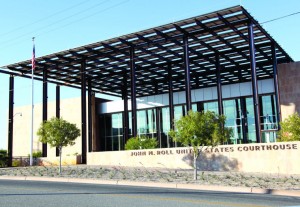 I was out of my normal home in the Phoenix area, and in the jurisdiction of a completely different division of the Court of Appeals, Division Two in Tucson. A lesser judge could likely have chewed me up and spit me out because I was unfamiliar with that division’s nuances, and I had a couple of technical pleading errors. Instead, I ran into the most gracious, helpful and understanding of men and jurists. John Roll made such an impression that I went out of my way to stop in and chat with him any time I was down in Tucson, whether in the Court of Appeals, or later in Federal District Court after he was nominated and confirmed in the last portion of George H.W. Bush’s term in office.

Looking back, it was really quite remarkable; you just do not get that kind of interaction, and gain that kind of relationship, with judges very much any more. But that is precisely the kind of guy John Roll was.

The death of John Roll cost Arizona not only a great man, but the District its chief judge. Despite the “emergency status” Arizona was already under at the time of his death, only now is the Obama White House getting the District of Arizona close to fully staffed with judges. But time marches on, and it will here, but let Judge John Roll not be forgotten.

A more physical remembrance is embodied in the John M. Roll United States Courthouse, a satellite courthouse for the Southern Division of Arizona’s Federal Court District located in Yuma, Arizona. The facility had been planned under John’s leadership of the District, but was completed and named for him after his death. The John M. Roll United States Courthouse opened for business on Monday December 16, 2013.