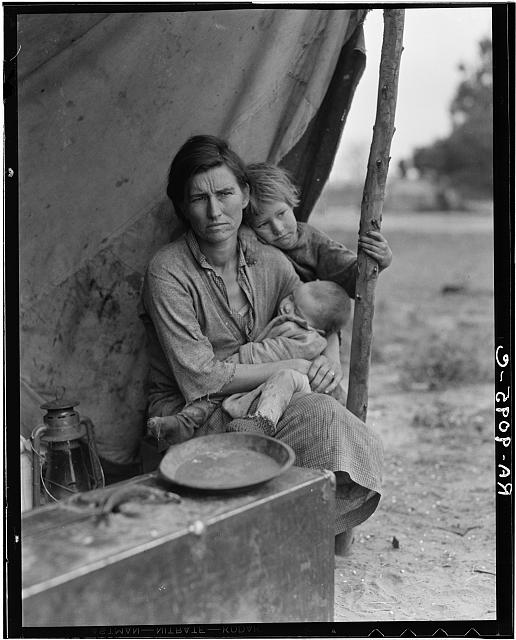 Not the most famous of Lange’s photos, but one of the same subject. In another photo taken during this shoot, the mother shown here is nursing the baby she holds on her lap. How she produced any milk given their destitute circumstances is beyond me, but her haggard, aged-beyond-her-years appearance tells a lot.

Happy Mother’s Day, to mothers who survived these kinds of circumstances while birthing and raising children.

Happy Mother’s Day to mothers of invention and godmothers, and mothers in spirit though not by birth. The creative force isn’t limited by one’s body or economics.