Bringing out the Dead: What We Know about Zika Virus Effect on Human Tissue

Because unproven claims persist that chemical exposure — specifically the pyridine-based pesticide pyriproxyfen — causes the birth defects seen in children born to women exposed to Zika virus, I am bringing out the dead, laying out the bodies.

By ‘bodies’ I mean sharing here pictures of cells you see in the embedded photos from a peer-reviewed study published this May.

In these images you’ll see the damage done to human tissue in lab conditions.

No pyriproxyfen was present.

How Researchers Studied Zika
This is the methodology researchers used:

1) The researchers used human stem cells to create neurospheres — the kind of cells which turns into nerve and brain tissue in an actual embryo.

2) They set aside control samples of neurospheres which were not infected.

4) They observed the changes in the infected neurospheres.

5) They compared them to the uninfected control samples.

6) They wrote and published a report on their findings.

The image above is the best example from their report of the difference between Zika-infected cells and the uninfected test samples.

What Researchers Found in this Study
In short, Zika inhibits, damages, and kills infected neurospheres.

This is what we can expect to happen to a fetus’ brain or nerve tissues when infected by Zika under the right conditions during early pregnancy.

What Else Researchers Found in this Study
The researchers also conducted a very similar test on human brain organoids. These are not single neurospheres but neuro-tissue grown from stem cells so that they form a model like a tiny brain. Not a brain, a tissue-based model of a brain.

Researchers also studied neural stem cells (NSCs) — the simplest neuro tissue model — and found similar results in which the Zika virus killed off NSCs. Studying NSCs, neurospheres, and organoids, the researchers observed Zika’s actions on different stages of neuro tissue maturity. In each of these models, from the simplest (NSCs) to the most complex (organoids), Zika was destructive. 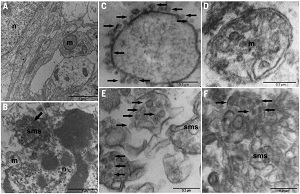 Other Research on Zika Using Mouse Tissue
Three other studies published in May this year using mice or mouse tissues likewise showed evidences of neurological tissue and brain damage or growth suppression when infected by Zika virus. The studies came from research facilities in Brazil, China, and the U.S. — and in each study, pyriproxyfen was not included. The Zika-infected specimens showed damage and the control specimens did not.

The study from Brazil at the University of São Paulo also included research using human stem cells, comparing a Brazilian strain of Zika against an African strain:

Beltrão-Braga, Muotri, and their colleagues also grew brain organoids from human stem cells and infected these in vitro models with the Brazilian and African strains of the virus. In the human mini brains, both strains of the virus caused cell death, but the Brazilian strain appeared to also interfere with the formation of cortical layers. The virus didn’t replicate in the brain organoids grown from chimpanzee stem cells, suggesting it may have adapted to human tissue, the researchers noted in their paper.

Emphasis mine. Research published earlier showed Zika has already mutated rapidly after arriving in Brazil, with at least nine variants found inside the last two years.

What’s Next in Zika Research
What researchers don’t yet know, for starters: How Zika works — how does it damage or kill cells? When exactly does the virus do the most damage? What mechanisms interfere with Zika’s operations and can they be used in vaccines or drug therapy? What makes Zika different from dengue or other flavivirus? What does Zika do to adult neuro tissue to cause Guillain-Barre Syndrome? Which adults are most at risk? Will the different mutations in Brazil respond differently to vaccines? How long can humans carry live Zika virus? Has the virus mutated and become transmissible by bodily fluids or aerosol? These are just a few of the questions we still have about Zika.

There are some good guesses about Zika’s mechanisms — like this hypothesis focusing on vitamin A storage in the liver, which also suggests Zika may negatively affect liver cells (yet another avenue of research needed). But will a vaccine targeting this activity work for other flavivirus, too? What if this guess is wrong; are there other approaches we’ve yet to hear about?

We won’t have any of these answers in a reasonable period of time if we don’t have adequate funding.

It’s not just birth defects we are talking about here, either. Look at the damage in those images again; this virus not only damages fetal nerve and brain tissue, it kills fetuses. Infants born with Zika-related defects may be blind and may lead short, painful lives. And it may kill and maim adults, too, if they develop a serious case of Zika-related Guillain-Barre Syndrome.

Let’s not bring out any more Zika dead.

(Note: Forgive me for the simplistic terms used in this post if you have a background in science. I had to make this as brief and succinct as possible for those who don’t have that background.)
___________