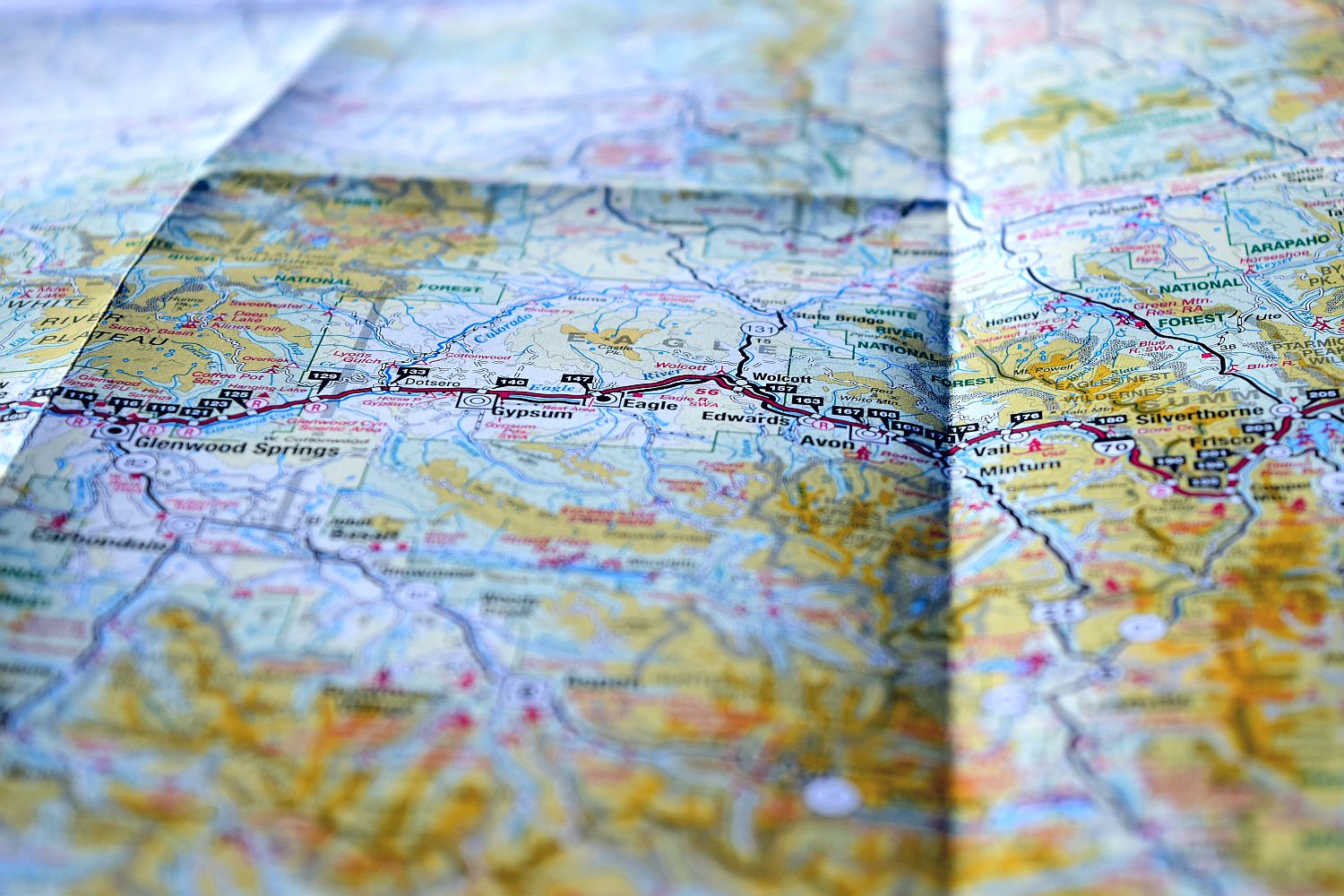 This is the first of a four-part series first written in September 2010. It was apparent then only weeks before the mid-term elections the Democratic-majority in Congress would end due to well-funded tactics by the Tea Bag Party and their sponsors, and the Dems’ loss of momentum. Conditions were simply miserable. I took stock at that point, looking back at what I had learned as a new activist, and what actions might be taken to correct the future’s course. You might as well call me Cassandra for all the good this did, but let’s look and see if anything might be different today if one were to jump in and become a political party activist.

The Angry Left: How We Found Our Way to This Miserable State

For the last several weeks there’s been an increasing number of posts which bash all manner of Democrats, from the president to the party itself and plead for alternatives. The anger driving this bashing is understandable since the country’s economy has floundered and promises made and values shared haven’t been kept under a Democratic president with a Democratic majority in Congress.

The anger also stems from disillusionment; after the great double-emotional high of the first person of color and Democrat winning the White House in 2008, there was the expectation that winning could continue, sustained in terms of legislative initiatives.

But unfortunately, much of this anger is poorly informed. There’s backstory which explains in part why we are here today.  . . .

In 2003, Howard Dean began a run for the White House, as most folks are already well aware. For the first time in history a campaign utilized the internet for the purposes of organizing and for fundraising, tapping into a segment of the population which until this time had felt disenfranchised and dis-empowered. Quite literally the Dean for America campaign reminded citizens that they had the power to take their country back.

In spite of energizing a new group of first-time activists, the campaign’s innate flaws thwarted Dean from obtaining the Democratic nomination. Granted, it was not these flaws alone which resulted in John Kerry’s nomination; rather the Dean campaign’s limitations prevented other challenges from being surmountable.

Over the course of the next several months between the time Dean folded his bid for the White House and the disastrous 2004 election, the Dean campaign morphed. There was still a lot of latent energy demanding something more and better; the members had tasted some success if limited, still had the bit in their teeth. It became clear this was more than a presidential campaign but a movement born of people with shared values and goals. Dean for America became Democracy for America.

Almost immediately after the election, Howard Dean toured the country to meet with DFA supporters, to discuss next steps. It was clear that without drastic changes, the 2008 election would turn out as the 2004 election had, in the hands of the Republican Party to extend the same conservative policies. What were the options we had to turn this around? There were essentially three choices:

Option 2: Dean would run as chair of the Democratic Party, to turn it around and fix the problems found during the 2004 election season;

Option 3: A third party would be formed to run a candidate in 2008.

Each of these choices was evaluated and feedback offered. Supporters were unstinting in their assessment of the limitations they’d experienced during 2003-2004. The pros and cons looked like this:

Option 1: Dean could only expect the same headwinds he faced during the 2004 election season. The party machine viewed him as an outsider, the local party apparatus was down at the heel and unprepared to support anybody but a machine candidate, and there existed no mechanism to push back against the media’s conventional wisdom, nor could a single campaign push back against the money behind conservative candidates and issues.

Option 2: Dean could not run for the White House in 2008 if he accepted this option, but then without an improved Democratic Party, no Democratic candidate would win in 2008. The party’s infrastructure was rotted out from neglect and could not deliver a win.

Option 3: The numbers simply weren’t there. For a third party candidate to win, they would have to muster against the other two parties, drawing down from both. In 2004 nearly 50% of the population identified as conservative, making it highly unlikely that a third party could reach critical mass. Frankly, a third party would have to subsume the Democratic Party’s numbers to win.

It was clear that there was only one way to assure that a candidate on the left could win in 2008 — and that was to take back the Democratic Party and install Dean as its chair.

Mind you, this was not the only topic covered at these meetings. It had become entirely clear to Dean and his supporters that the conservatives’ death grip on government was because they ensured conservatives would run for every single seat from top to bottom of the political food chain, from the presidency to local dog catcher. It had also become clear that the Democratic Party needed to be reinvigorated with fresh blood in order to win a 21st century campaign; without an infusion, they would continue to do what they’d done all along, relying on traditional constituencies to vote for them by default, mustering only tepid old school techniques to get out the vote while the opposition used every possible means to get their voters out. Quite literally the left was up against people who felt no shame in organizing at churches every week and busing church-goers to the polls. The left had no such institution for getting out the vote.

In 2004, the former Deaniacs began their takeover of the party from within. Dean became Democratic Party chair in early 2005, upsetting the party machine which had planned to hand down a name to the rank-and-file and expect them to ratify them as chair instead. (Democratic operative James Carville was quoted as angrily demanding, “Why didn’t somebody fix this thing?” when it became clear the grassroots activists within the party were pushing hard for the upstart Dean.)

During 2005 the Dem’s infrastructure was rejuvenated under Dean’s guidance; the Democratic wave of 2006 when the party took a majority in Congress was due in no small part to the early efforts of the takeover.

Under Dean the party worked on a new strategy, to leave no seat uncontested, to leave no voter untapped. The 50-State Strategy was implemented to increase the numbers of Democratic voters incrementally across every precinct, in order to win in 2008.

You know the rest of the story; the Obama campaign was able to use the same techniques scaled up to organize and increase turnout, informed by the earlier work of Deaniacs who’d worked together so earnestly in 2003-2004 to take back the country.

And now, a postmortem…this is where the wheels came off, and the rest of why we are where we are today.

First, tradition damaged the gains made between 2004 and 2008. It is tradition that a Democratic president is able to name a new Democratic Party chair. It’s not an appointment per se, but the party respects the wishes of the president and defers to them and generally approves a new chair selected by the president. Hence Tim Kaine, whom many Dems identify as a moderate, ended up as chair.

Second, the open hostility the president’s chief of staff Rahm Emanuel has for Howard Dean meant that Dean would be marginalized during the Obama administration. There was no way that Dean, even after all his work to ensure a Democratic presidency, would be realistically considered for any role in the White House’s team let alone permitted to be party chair to continue the work of moving the party towards a progressive majority. (The marginalization continues to this day; links to Dean’s 50-State Strategy have been excised from the Democratic Party website.)

Third, the fruits of the work done by the progressives within the Democratic Party were co-opted at every turn, while placing a thin number of elected progressives in compromising position. There were not enough progressives elected during 2006 and 2008 to assure a solid voting block which could hold together; there was not a progressive leader within their ranks who could leverage progressives’ numbers to force the remaining Democratic electeds to hold their ground. This left the progressives drifting and at risk of being used by other stronger forces within the party. At the same time, co-option also whittled away at moderates, encouraging them to make choices which pushed them ever more to the right while alienating the left.

Fourth, the failure of the White House, the former Obama for America campaign leadership and the new party chair to give new and effective marching orders to the campaign’s supporters left a mass of first-time activists and voters adrift without goals at a time when the economy was savaging their spirits. These neophytes had little institutional memory to help them find their way; they drifted off and now have personal needs which occupy them, not having been called to serve a higher cause like developing our democracy. Organizing for America — the entity which emerged from the Obama for America campaign — did not begin to work on a cohesive national goal across its remaining membership to focus on health care reform until September last year, at a point when the handwriting was already on the wall for health care reform, after the White House had already compromised itself in making deals with Big Pharma, after the Tea Party had already done considerable damage during August at town hall meetings.

Fifth, there remains an insufficiency of institutional memory combined with strong organizing skills. There are not enough folks within the ranks of progressives within the Democratic Party who can wield institutional memory with organizing as a cudgel to move the party. Many of the newer progressive candidates and electeds operate in isolation, without adequate network or other infrastructure to ensure they stay together and to ensure they are leveraging knowledge towards the same goals. There is a corresponding lack of institution — far too much of the left continues to rely on virtual organization, which cannot replace organizing on the ground, cannot compete against conservatives who organize at church and bus their voters to the polls.

Lastly, the rest of the left which did not identify as Democratic has not been organized. It has changed very little since 2004 except that it has a few more internet-based bells and whistles. Its proponents still have no plan to develop a critical mass across folks who identify as left on the political spectrum. It talks a lot; it does less.

And that’s how we’ve found ourselves in this sad state, marginalized by the people we elected to office and referred to pejoratively as the “fucking retarded” “professional left,” our hands bitten by the dogs we’ve reared and fed.

There’s much, much more to be said. Watch for the next part of this series.
_________
Republication of Part 2 will post tomorrow.

Swear or Affirm, Protect and Defend Flashback: A Personal Journey