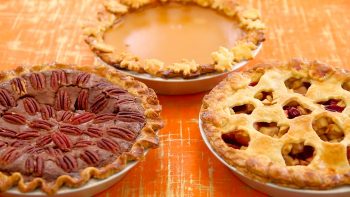 Welp, I am still wearing sweat pants because I am not sure any other pants fit again yet. Hope you all had a lot of good food, fun and family over the last few days too. So, how about some abbreviated Trash to round out the weekend?

First on the agenda, the Abu Dhabi Grand Prix from the stunningly beautiful Yas Marina Circuit. The race has been in the can for about three hours now, but holy crap, what a race! Hamilton won, with Nico Rosberg finishing second, thus assuring Rosberg the Driver’s Championship for 2016. But what a race! Verstappen made another wild and incredible charge from the back of the pack all the way up to P3, before Sebastian Vettel made his own incredible and electrifying charge to overtake Verstappen and nearly catch up Rosberg. Hamilton was a jerk and intentionally drove slow in front hoping to screw his teammate Robsberg into getting passed by Vettel and Verstappen, which then would have given the championship to Hamilton. The racing and intrigue were edge of your seat thrilling the whole race. What a finish to the F1 season.

The Buckeyes beat Michigan in overtime yesterday in a hell of a game. Harbaugh may be right that his team got jobbed by the refs. USC easily beat Notre Dame, and may truly be one of the four best teams in the country right now, though they will never make the playoff series. Colorado beat Utah, and will play Washington for the Pac-12 championship. That should be a fun game. The SEC championship will pit Jim White’s improbable Gators against the goliath that is Alabama. Good luck Gators!

In the NFL, we have already been through the Thanksgiving Day slate so we will move on to the games left on the schedule. Cardinals are at the Falcons in an early game that merits watching. I think the Cards are dead, we shall see. Bolts at Texans could be interesting. Bolts are a little flaky, but so are the Texans, could be a great game. Patriots are at the Jets. Hard to see anything but a Pats win, but Brady and Gronk are both banged up, so you never know. The two night games are the really decent ones. SNF has the Chefs at the Broncos, both sporting 7-3 records. Now THAT is a game to look forward to. MNF has the Packers at the Eagles. Neither team tearing it up right now, but the game seems like an even matchup where anything could happen, and the two QB’s are worth watching.

So, that is it for today’s games. Enjoy the rest of the weekend. Time for some leftover pie!