In Praise of Day Two 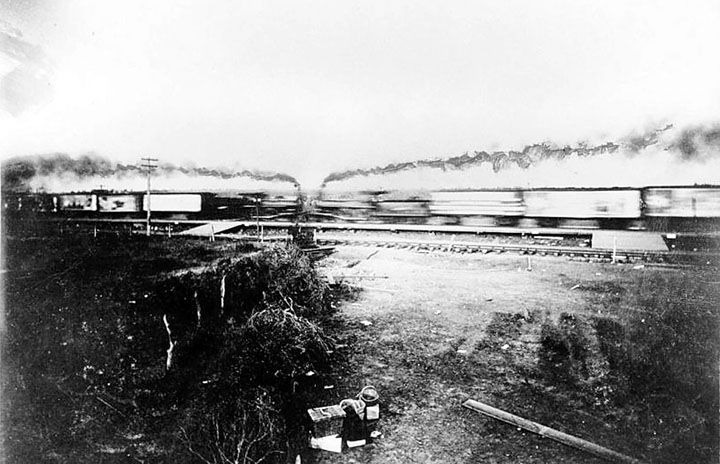 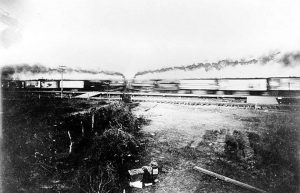 I know everybody is looking at that thing right now on social media. Hang back — don’t tell me what’s happening with the active shooter. Don’t tell me about the flood in progress. I don’t need to know about the skewed path of the car or the janky homemade bomb that might have gone off a thousand miles from me. I don’t even need to know the path of the plume that might be spreading into that community, far from me.

I can wait for these stories. In fact, there’s nothing else I can do in the vast, truly vast, majority of cases.

I am not saying I want to be ignorant, I’m not for shutting off all the news. I would like to be aware, expand and deepen my understanding of the world. I would like to be able to position myself to act constructively, where I can. I would like to be in a position to inform and contextualize events for myself and others. But right now, the way we consume the news does the opposite. And that’s on you, dear reader. It’s understandable, and it’s natural, but it’s on you.

About a year into my journalism career my old editor sent me off to cover the launch of a very difficult to understand piece of technology. The specifics aren’t germane, but I had kept an eye on this for six months, and I was eager to cover it. I also had to get someone home from the hospital that day, so I knew filing on time wasn’t going to be easy. Still, I made the event, and hung around doing on and off the record interviews, looking at how everyone from schools to defense contractors were thinking about using this tech. I never got to publish my story. I was too late to file and my frustrated editor said we’d turn it into a day two story. We ran a wire story instead of mine. When I got up the next morning and read through everyone else’s coverage, I felt mightily vindicated. Nearly everyone had misunderstood the tech, just about every story was wrong. The ones that weren’t were just uninformative. I went and triumphantly pointed this out to my editor, and he said something that would shape my career ever after: “It doesn’t matter if you’re right, if no one reads you.”

It was true, and it hit me hard, harder than I think he realized. I could chase the scoop, I could evolve into the hot take, the fast and consolidated posts of tech news, with the occasional in-depth reporting as a reward for other work. But I was pretty sure I would not only be bad at all of those things, I would be miserable. But that was also the path to a staff job, benefits, something tangible for a resume. That was the career path, and I was on it.

I decided that if I couldn’t write the first story, then I’d try to write the last. I turned down a contract and said I’d stick with piecework. I decided that I could write slow, and build a mutual trust with my readers: I will put in the work, and you will click the link, after you’ve waited, because you know I’ve put in the work.

This has gone remarkably well for my career. Maybe not in money, but in every other way. I did work that was defining, work that came back to me in other art and media, in forms I never expected. I got to bring a depth into my writing that I’m proud of. Some pieces took a few days, or weeks, and some, I’ve been working on for years.

Looking at this way of producing information for you, and how much richer it’s been, sent me back to thinking about how I consume information, back to thinking about that day two story that sent my career in such a different direction. Those stories were still all wrong, and that was a fucking product launch. If that was so bad, what the hell was happening with wars and disasters and complex geopolitics? It was pretty clear by the 2000s we were getting all those wrong too. It’s only gotten worse from there. We all know it’s a disaster, and surely it’s Facebook’s fault, but I saw this starting before Facebook was a thing. I saw this before I was a journalist—back in the days of cable news. Facebook made it worse, but only because we wanted them to make it worse.

Right now we are swamped in news that is ultravioletly hyperemotional. You can actually feel media fritzing out your nervous system, and it’s not a metaphor. Media is an exhausting physical experience of fight or flight. I can watch and listen and read things delivered to me all day that make me feel like I’m dying, or like I want to die, from this quiet flat in this sedate neighborhood of Luxembourg*. It switches up, changes from one life ending moment to the next, a constant feed of urgency and importance we are addicted to like junkies who never even got to chase a high.

We chase lows. Lows feel important. But are they? For the people on the scene, they certainly are. But news is rarely written for the people who are being directly affected by events. They’re using direct and localized communications. The eviction, the hurricane, the shelter-in-place order, where your children are. The cancer diagnosis, the suicide, the kid who just OD’d. No one thinks you should read the news when these things are going on in your own life. You are the news, you are the statistic, but at the moment you’re the only one allowed to prioritize for action rather than emotion.

When it’s not about you, when you’re not there, all you do is respond with emotion. Rarely does our immediate emotional response help anyone, anywhere. Our informed awareness can help people, it can help the whole damn world, but there’s little academically, and even less in recent global results, to show that grabbing emotions creates informed awareness that people act on productively.

Here’s what I propose: Slow it down. If you’re hundreds of miles away, and not trying to find your family, wait for Day Two. Look for stories with depth and context that may not stimulate you, make you want to run and smash things or rip out your wallet at once. Maybe even wait for that news source trying to write the last story, outlets like Reveal and ProPublica are good for this. Consider the usefulness of you knowing something and where it fits into your ability to see the world and act before you decide to spend some of your precious time on Earth and limited mental space. Construct what you know out of quality information, don’t just consume everything and try to make something meaningful out of it later. That’s not your job. Let me, and my colleagues in the slow news business do our jobs, and give you something healthier for you, for us, for the whole damn planet. Day two stories, and the slow news they represent have always been what lets the body politic think and act like a better creature. It’s also hard in this environment of constant urgency and heightened emotionality, and stress makes it worse. But when we slow it down, when we take responsibility for how we construct our knowledge, we don’t make as many mistakes and we don’t get played so easily by bad actors.

Day one is always feelings, and day one feels like the story you need. Day two is when we can start to get it right. Wait for day two. Wait for next week, wait for the story that needs you.

*All the neighborhoods of Luxembourg are sedate.

The Slow Death of Neoliberalism: Part 1 Putin Discovers He Needs to Indict Another Russian Hacker