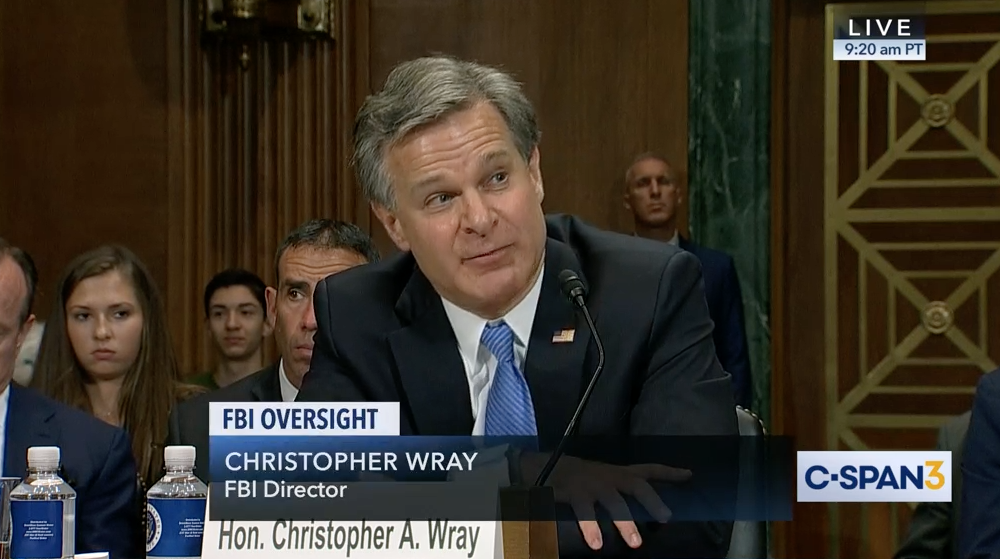 There’s a conceit among the frothy right that the counterintelligence investigation into Donald Trump is unprecedented. At a recent hearing with FBI Director Christopher Wray, for example, Josh Hawley set up the question this way.

Hawley: Director Wray, earlier this year I sent the FBI two letter seeking additional information about news reports that the agency, the Bureau, had opened a counterintelligence investigation of the President following the exercise of the President’s constitutional prerogatives to direct foreign policy and otherwise oversee the Executive Branch. I did not receive a response to those letters beyond a form letter acknowledging receipt. And since I have you here and have you under oath, let me just ask you what I want to know. To your knowledge has the FBI ever launched a counterintelligence investigation into another President in American history?

Wray: I don’t know the answer to that question.

Hawley: And so it would be “no” then, since it’s “to your knowledge”? It’s fair to say you’re not aware of one, personally, is all I’m asking?

Wray: It’s fair to say I’m not aware of one.

Hawley: Is it safe to say then, to the best of your knowledge, that such a move would be and is unprecedented?

Wray: Um, well again, we’ve been around for 111 years, so I don’t really know what is precedented or not precedented in that regard.

The question, as framed, is totally bullshit, and Democratic members of Congress should stop letting their colleagues frame what happened to Donald Trump in such a way.

And the answer to that is simple. The precedent is Hillary Clinton.

In 2016, there was a counterintelligence investigation touching on both the Democratic and Republican candidates for President. The one into the Democrat was public. FBI managed it in ways, twice, that had an impact on the race. In addition to that CI investigation, there was also an investigation — predicated in part on oppo research from the Republican party — that involved the candidate’s interactions with foreign leaders. The latter investigation, into the Clinton Foundation, leaked. It leaked so egregiously that the Deputy Director of the FBI was fired for the leak.

The proper question for Josh Hawley to ask is, “Is there precedent for a criminal investigation against a sitting president for obstructing the investigation into what his campaign did to get elected?” The answer is easy. Yes. That is what happened with Nixon, and appropriately so.

Virtually all the conspiracy theories about the investigation into Trump, from the claims of a coup on down, are premised on granting him, as candidate, the privileges he would get when he became President. Those theories ignore the fact that in 2016, the FBI conducted CI investigations into both candidates. And there’s no question which it treated worse in doing so.

The Discussion of White Supremacist Terror Ignores the Transnational Nature... Chickens on ICE Raid: The Odd Luck of Peco and Koch Foods [UPDATE-2]