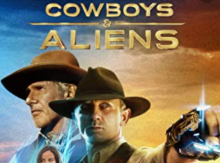 This from the extremely good Tom Curran is right:

The Cowboys have won three of their past four after a three-game losing streak that included a humiliating defeat by the Jets (!!!!!?????). Dak Prescott last week ripped the Lions apart, going 29 of 46 for 444 yards and three touchdowns. It was the third time that Prescott has thrown for at least 400 yards in a game this season and the fifth time that he has thrown at least three touchdowns. They are 6-4. They lead the NFC East. They have gotten fat on bad teams (15 wins among the six teams they’ve beaten). But the 9-1 Patriots have scored just four offensive touchdowns in their past three games and – coming off a 17-10 win over a banged-up Philly team – they face the third consecutive challenging opponent after a relative walk in the park for the first two months of the season.

That is the best game of the week, outside of The Pack at Niners, which should be a great matchup. Will be a tough road trip for Mr. Rodgers, in the wrong neighborhood. Houston and Indy on Thursday night was good. The Texans pulled out a three point win even if, arguably, outplayed.

In the student athlete section, of course Penn State at Ohio State is the one that matters most. I’ll give the nudge to the home team in Columbus. Michigan may not be much of a favorite at Bloomington. A very late afternoon/early night, depending on time zone, is the Ducks of Oregon in Tempe to see the ASU Sun Devils. The late Saturday Pac-12 games are usually fun, though hard to see ASU beating the Quackers.

The Proper Recipients for Lev Parnas’ Allegations Are the Ethics Committee... Timeline: How Rudy Made It Hard for Mike Pompeo to Show Any Leadership