Is The Time Of Keisha Lance Bottoms Now? 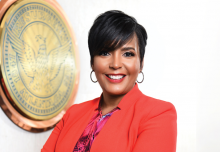 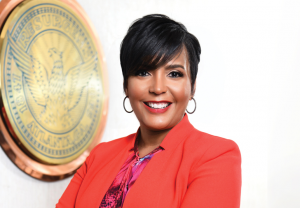 It might be. But if not, it is a genuine question for Democrats. Of all the Democrats on a national platform over the last few days, including Joe Biden, who has not been bad at all, Keisha Lance Bottoms stands above all of them. She is making a case, and not for herself, as much as for American humanity and competence.

My preferred candidate for the Democratic nomination, Sherrod Brown, did not even run. Bernie, Liz, Bloomie, Amy, Kamala and Tulsi barely registered. Voters, in many states, voted and the Democratic nominee will be Joe Biden. Again, whatever your preferences, voters voted.

So, the talk is turning to who will be Joe Biden’s running mate as VP? The usual suspects, along with Stacy Abrams, are in the preceding paragraph. But it is a different woman from Georgia, way before Abrams, that ought to be seriously considered.

Keisha Lance Bottoms. The Mayor of Atlanta. Before you go any further, view the video clip attached. Seriously, go watch it. You will be glad you did.

She is really genuine and impressive. Not endorsing her per se, just noting that she deserves into the consideration. A week ago, I thought she was good, but time not currently here yet. Now, not so sure about that. She deserves serious consideration. There is something genuine and real with her. Something refreshingly sober and somber, but quite positive.

Bottoms has an unusually clear air and ability about her. Biden has to pick who he is both comfortable with, but that he is sure has the mettle to take over if needed by any emergency to him. And that can capture the interest of both young and old in the party. This woman, this mother and mayor, Mayor Keisha Lance Bottoms, seems to have that stuff in abundance. She is young, strong, and good on every level. She deserves in the conversation, and near the top to it, for Biden.

If now is not yet the time of Keisha Lance Bottoms, it is coming soon. She has that political star quotient, keep your eye on her.

“The Boss is Aware:” Trump Learned about Mike Flynn’s Conversations... Assaults on Free Speech and the Cities We Didn’t See