Returning to Venue in the Peter Debbins Case 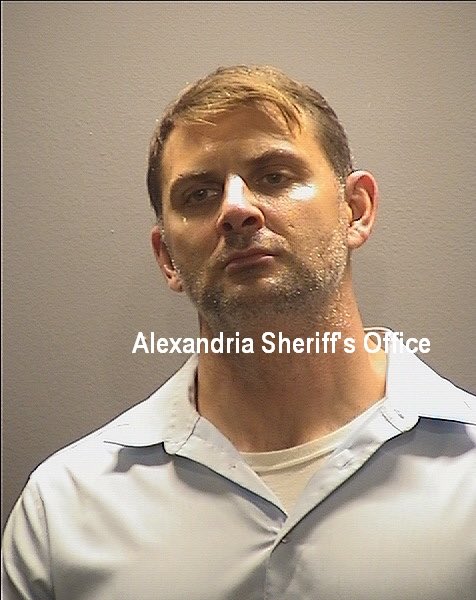 In my post on the Peter Debbins indictment, I noted with curiosity the EDVA venue for the former Special Forces guy charged with sharing information with GRU. Just one of the alleged acts, a January 3, 2011 email, took place in EDVA. I suggested that might mean Debbins would eventually be prosecuted for later acts, acts which took place in Virginia.

Several filings and the WaPo account of his detention hearing (not to mention the involvement of prosecutor David Aaron, one of the people who prosecuted Hal Martin, the guy originally accused of being the Shadow Brokers source) raise further questions whether that’s true.

According to the current story, DOJ discovered that Debbins had been recruited by Russia when he self-reported that recruitment in a SF-86 in July 2019. After that, FBI interviewed him 8 times; on July 11, 2019, they got him to describe that recruitment in a voluntary statement (PDF 5ff). As demonstrated below, the interactions with GRU officers map onto the indictment very closely (which is to say, in indicting Debbins, the government only told Debbins and his Russian handlers what he already told them).

That said, Debbins’ statement includes two later details: further emails with a guy named Nikolai, lasting until May 2011 (and therefore presumably extending venue in EDVA), and a description of GRU officers going to his Russian military officer father-in-law’s office in 2012, inquiring what Debbins was doing in DC, in response to which his wife’s father provided outdated information.

In December 2019, Debbins asked his Senator, Mike Rounds, to intercede in the investigation (PDF 10ff.), claiming that he couldn’t even get unclassified employment while the FBI was investigating. He also claimed that the FBI had told him “they [were] pretty well done with [his] case.” Debbins’ claim to Rounds had to have been false. His resume (PDF 16) shows he was continually employed in this period, working as an intelligence trainer for Cosolutions until January 2020 and then working as a Cyber Financial Crimes Project Manager for a Ukrainian American university after that. Which suggests he was trying to get his Senator to intervene based on a false representation, perhaps as a way to figure out what was really happening in the investigation.

The FBI also searched Debbins’ home in the UK and executed search warrants sometime after March 8, 2020 (to shift from a counterintelligence investigation to a criminal one, the FBI would want to parallel construct what they already knew with such searches).

To explain why they needed to detain Debbins now after letting him wander around freely for over a year after disclosing these decade old contacts, AUSA Thomas Traxler (who is also prosecuting Julian Assange) explained that they needed to corroborate his statement before arresting him.

Traxler said the government was “concerned” Debbins would flee over the past year but had to corroborate the statement. It would have been “premature” to arrest him any earlier, Traxler said.

The real thing that got Magistrate Judge John Anderson to deny Debbins bail was the list of things Debbins has done since the last act in his statement. Senior DIA CI Expert David Tomlinson described how, when Debbins worked at Booz Allen Hamilton from 2014 to 2016, he was read into one Special Access Program and six Alternative or Compensatory Control Measures (which are less classified but nevertheless restricted on a need-to-know basis). Defense Intelligence Senior Leader Joseph Simon described how Debbins’ training, both while in Special Forces and in his cybersecurity jobs since, would make it easy for him to flee if he were not detained. Both declarations make it clear that Debbins has been working on Russian language counterintelligence for almost a decade, precisely the kind of positions that would be most valuable to Russia. His resume further makes it clear he spent three years at Fort Meade and 20 months working for Booz at Quantico, VA.

It would be fairly remarkable if GRU were willing to let a former recruit work in such positions, with a signed admission of his involvement with them from years earlier, without asking for further cooperation.

All the declarations submitted for his detention hearing make clear the affiant is not revealing all he knows about this case.

Finally, as WaPo noted, in addition to having organizational ties that overlap with Mike Flynn and Erik Prince, Debbins told a friend he’d get a job in Donald Trump’s NSC.

In early 2017, Debbins told a friend via email that he was a candidate for a position on the National Security Council, “specifically Special Assistant to the President and Senior Director for Russia and Central Asia.”

It is not clear how serious his candidacy was; he never served in the Trump administration.

DOJ is not saying — and they might never say anything publicly if they wanted to obscure what damage Debbins has done and what they know or don’t know. DOJ could get Debbins to plead to facts he has already admitted to in his statement, and push for a stiff sentence based off classified declarations laying out related conduct.

But it sure seems likely his related conduct in EDVA extends beyond that one January 2011 email.