What A Week Trash Talk 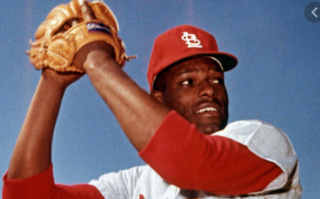 Since the period where there was no sports to trash talk about, and this turned into a music blog, it has been hard to get back into the normal trash groove. Let’s try to get back to it, because everything else is botched up.

The NBA has actually been pretty good in their bubble, but not that many are watching as normally would. Ditto for the NHL and MLB. For all the clamor to get sports “open” from all kinds of preening politicians, maybe that is okay. Sports are great, but there is a problem going on in the world.

The NFL is also back, and initially without much drama. That worm has turned. The Tennessee Titans had a full on Trump White House like outbreak. The Saints had a scare that, so far, seems to have abated. But then, as they were preparing to make the already perilous trip to Arrowhead to meet the Chiefs, the Patriots’ Cam Newton has tested positive for Covid. That’s a problem, both for the Pats and the league. The first three weeks went quite well, but the inevitable has arrived. The Covid has arrived, and not just as to the Trump crew. King Roger (h/t Scribe) we have a problem. It is sad in a way, because Newton’s reclamation in New England was one of the really good stories in the NFL so far.

On a more somber note, Bob Gibson has passed. He was simply one of the best athletes in history. He did not just star in baseball, but was also a Harlem Globetrotter. If he had played in the NBA instead of MLB, he might have rivaled Elgin Baylor. He was that good. But MLB it was, and what a career. Read this great story.

Here is the Gibson stat line from just 1968. Keep in mind, this is just ONE season.

Yep, that is pretty good.

Music today by Johnny Rivers. No, he did not write all his songs. But neither did Elvis. Johnny Rivers was great. With a hat tip to the Dodge City Cowboy Band.