What Comes After America 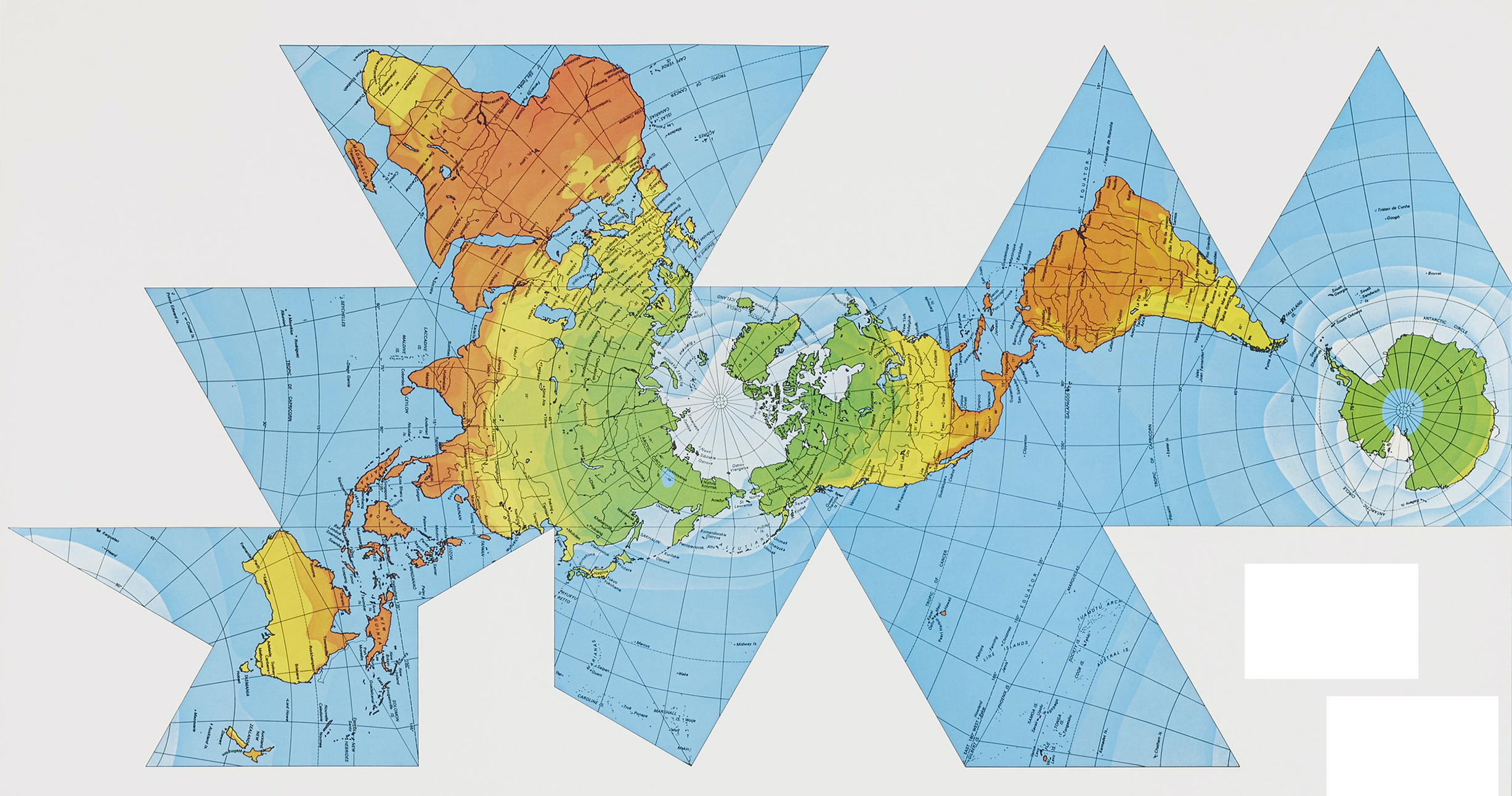 Whatever happens today, the Union is done.

It has been for a long time, maybe even from the start. But we have reached the point where the longer it goes on, the more harm it will inexorably do. It’s time, past time, to admit it didn’t work, it never worked, and that the Constitution and its institutions have ossified. There is no reforming the United States of America, there is no more perfect union to chase after. That turned out to be a lie — a lie woven into the legal fabric of this nation-state from the start. The United States of America, as defined by its constitution, can only get worse because of how irreparably broken both that document and the system it created are. This isn’t a Trump or GOP thing. They are symptoms, but they are only symptoms. As angry as you may be at Trump, voting him out, driving him from the country, jailing him, whatever, none of that will fix the great flaw that created his presidency. It does no more than shoe a fly away from an open wound and call it fixed.

The flaw is our Constitution. As there is no politically possible path to rewriting the it, the Constitution can only fall further into entropy and catastrophe.

The longer this goes on, the worse the end will be. This is why it’s the duty of people who are in and of, or love, America the culture, Americans the people, the land it spans and the diversity it holds, to imagine what comes next and the easiest way to get there. We’ve been running what was essentially the broken beta of the first representative democracy for almost 250 years, and it was built to not be upgradable. It doesn’t work right, it never did, and it is awful. It was a compromise of rich and frightened men whose imaginations (understandably) didn’t reach far beyond the 18th century.

The nightmares we live with, and their disconnect from the values we hold now are impossible to count. I was researching children in ICE detention living in cages, and their families being held in unsafe conditions and coerced into forced labor — back in the Obama days. The exploitation of forms of unfree labor continues to this day, as does the rise of oligarchy and political corruption.

Police have killed almost 900 people this year, despite a mismanaged pandemic presumably making it somewhat harder. The Flint water crisis is six years old this year, and still going. One person has been found guilty and sentenced to probation. I could go on, but you know this song: opioid crisis, inequality, lobbying, campaign finance, the two party system, gerrymandering, disenfranchisement, and of course, the damn virus. And still, all these problems are just symptoms of a deeper disease, a broken political basis for our society. Our laws have lead to an irreparable failure of the American system when it comes to the basic task of keeping the people who constitute it alive and functional and with some kind of path to a sustainable, if not improving, existence. Medical care, housing, and education are all contingent. These are the most fundamental parts of having this thing called government and ours failed these tasks aggressively, despite the brilliance and determination of even its most oppressed people pushing forward our culture to greater things.

It’s impossible to change any of this at a fundamental level, because it is impossible to re-write or even amend the superstructure of our laws and our government. Even if the GOP lost everything, and the Democrats suddenly became a party of reform (which they won’t), nothing could meet the global problems we face because the judiciary will destroy efforts to reform and remake ourselves at every turn. But even before we get to the problem of the judiciary, the two party system is disconnected from the world as it is now: facing the end of the Holocene and with that, a planet that is gentle to humans. What was the most democratic system of the 18th century is a travesty of permitted corruption, unrepresentative elites, and openly bought-and-paid-for influence. It’s over, it’s done, it’s time to let it go before it kills us all.

The successes of America, and there have been many, came not because of our form of governance but despite it. The culture – for good and ill – isn’t the constitution or the legal regime or the nation-state as recognized by other nation-states. It’s the people. It’s what we choose, believe, and imagine. Right now we choose to be constrained by a document that has manifestly failed us.

And yes, there have been efforts at positive movement using our constitutional framework, like the 13th, 14th, and 15th Amendments. But they have been undermined and destroyed almost at birth by the perniciousness of the very flaws amendments were meant to fix. And thusly, because of the 14th, we live in a world were Exxon holds the rights meant for black folk who still struggle to vote.

After spending much of my adult life feeling alone in my views, it has surprised me how many people have said to me over the last years, and especially this year, that there’s no redeeming this union, that it’s not worth preserving. But this is not an ending thought that drops into a void.

Right now is when we start imagining and working on the most peaceful and productive transition to a post-USian world we can manage. That may seem impossible, but that’s also what we thought about the Soviet Union in 1987. It’s what we thought about the end of European hegemony at the end of the colonial ages. It’s what we thought right before parliamentary reform swept Europe after 1848. Right now we’re settling for Churchill‘s worst form of government except for all those other forms that have been tried from time to time…, in this world of sin and woe. Why does humanity think it needs to stop there? We invented everything we have now politically, technologically, culturally, and in ways of coordinating and governing.

Why on earth are so many people convinced that we don’t have anything more to invent?

The founders imagined a new thing, but they chickened out and didn’t do it. They half-assed it, retreated from their own notions. When they were done with the thing, it was born almost a ghost and tied down to the old hierarchies. The framers of the constitution were afraid of their own notions of self-determination and equality. They pulled back and tried to not make it too democratic a nation for three million people, and now it fails more than three hundred million. In fact, it fails more than seven billion.

In 2020, this structure has been constraining the political imagination for centuries, stunting our growth, and stunting the world.

My allegiance is not to America, and it hasn’t been for many years. My allegiance is to my family — my family of all the strange living things, unique in a seemingly endless void of rock and chemistry filling the universe, but not life, not as far as we know. I do love America — the land, the people, the crazy, loud, funny and emotional culture. I will always love America, but like all real love, it will be complicated. I don’t have to love its flaws, its racism, its cowardly cruelty, or its legal institutions in order to love its soul.

My allegiance isn’t to a bastard compromise of frightened men in 1776, or 1648, or even 1555. It’s to the world now, in 2020. Those men are long dead, and they do not get to describe the limits of political imagination in the 21st century. But right now, we are trapped in the infinitesimal space these old men described for us, surrounded on all sides by the high cliffs of doubt and familiarity. We need to succeed where they failed — humanity is counting on it.

I know it’s unthinkable that any of this could change, just as it was unthinkable that Rome could fall, that Carthage would be wiped from the map, that the Russian Empire could cease to be, that the Dynasties of China would come to an end, that the Toltecs would collapse, that the eternal Pharaohs of Egypt would pass from the world, and any more of the dozens of political systems that have come and gone. We are still here, waiting on something worthy of our brilliance and creativity.

One of our greatest poets, a man treated like shit for the color of his skin, wrote

O, let America be America again—
The land that never has been yet—
And yet must be—the land where every man is free.

It all stops the day we decide it stops. None of these documents, forms, systems, or laws have any existence beyond our imaginations, and they never did. It is 2020, and we face a pandemic (with undoubtedly more to come), the end of our own Holocene, environmental destruction, and the task of meeting the needs of eight billion people in this world. It’s time to abandon the best systems men could think of in the late 1700s and figure out one that works now. We could even lead the world in figuring out what comes after the Westphalian nation-state, hopefully before that legal and cultural construct kills us all.

This too shall pass. How it passes, whether it’s the end of the world, or the birth of a better one, is up to our imaginations, which we need to put to work in a hurry.

And so, on this most strange of days, I put the question to you – What comes after America?

Unsealed Mueller Report Passages Confirm the Then-Ongoing Investigation into... We’re So Not Through Here