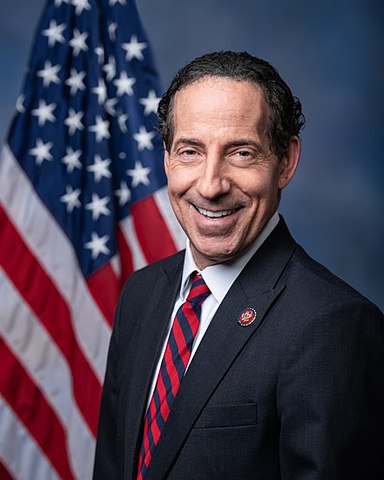 Until today, the conventional wisdom was that Senate Republicans would hide behind their claim that it was not constitutional to try Donald Trump on the single count of impeachment for inciting an insurrection, and Democrats would lose badly in an effort to convict Donald Trump. That’s still likely.

But Donald Trump’s inability to follow good legal advice and Jamie Raskin’s exploitation of that weakness may change that.

In response to the opening brief Trump’s lawyers submitted earlier this week, in which Trump went beyond a claim that the entire trial was unconstitutional and feigned responses to the actual facts alleged, Lead Impeachment Manager Raskin invited Trump to testify.

Two days ago, you filed an Answer in which you denied many factual allegations set forth in the article of impeachment. You have thus attempted to put critical facts at issue notwithstanding the clear and overwhelming evidence of your constitutional offense. In light of your disputing those factual allegations, I write to invite you to provide testimony under oath, either before or during the Senate impeachment trial, concerning your conduct on January 6, 2021. We would propose that you provide your testimony (of course including cross-examination) as early as Monday, February 8, 2021, and not later than Thursday, February 11, 2021. We would be pleased to arrange such testimony at a mutually convenient time and place.

Presidents Gerald Ford and Bill Clinton both provided testimony while in office–and the Supreme Court held just last year that you were not immune from legal process while serving as President–so there is no doubt you can testify in these proceedings.

If you decline this invitation, we reserve any and all rights, including the right to establish at trial that your refusal to testify supports a strong adverse inference regarding your actions (and inaction) on January 6, 2021.

It’s not clear which specific claims Raskin has in mind. The letter specifically asks about January 6 and not Trump’s claims he fashions as “Answer 4,” that he didn’t lie about winning the election — though Trump reiterates that claim in Answer 6, claiming that he denies that his January 6 expression of “his opinion that the election results were suspect … is factually in error.” Still, he presents that as an opinion, not a knowingly false claim. Then there’s a claim about his January 2 call to Brad Raffensperger, so unrelated to the January 6 questions mentioned in Raskin’s letter, but which would nevertheless make great fodder for questioning under oath.

The more factual claims about January 6 that Trump made include:

To some degree, for Raskin’s gambit to work, which false claims in specific he has in mind don’t matter.

But given that Trump’s response entirely blew off the allegations about Mike Pence in the article of impeachment, which include factual observations about Trump riling up the mob against Pence in particular, Trump has effectively, with the language in the last bullet above, denied an attack on Pence which goes well beyond any First Amendment speech.

As I said, though, it doesn’t matter, because the gambit (even ignoring that Trump is constitutionally incapable of telling the truth, under oath or not) is about forcing Trump to adopt an impossible position. The safest response to this letter would be to refuse, and let the House assume Trump’s entire claim to offering any factual response is false (as it is). But because Trump is Trump, he’s likely to choose between two more dangerous options:

The former will get him in trouble for any civil suits arising out of the January 6 insurrection, the very thing that (per reports) Trump was trying to avoid with his decision not to self-pardon.

The latter will set Trump up for (at best) a perjury prosecution and at worst more substantial criminal prosecution based on his responses. Plus, it might pave the way for Mike Pence testimony, which would be compelling.

And by inviting Trump this way, without a subpoena, Raskin avoids all the drama Lindsey Graham has been trying to set up about contentious votes on witnesses. It is Trump’s choice, with no coercion.

Trump got through the Mueller investigation and Impeachment 1.0 by successfully avoiding something like this. It may finally be that the third time’s a charm.

Update: Trump has responded, claiming without legal citation that there is no negative inference in this proceeding.

DOJ Moves Towards Parallel Conspiracy Prosecutions of the Oath Keepers and Proud... While Lindsey Graham Was Stalling Merrick Garland’s Confirmation He Was...