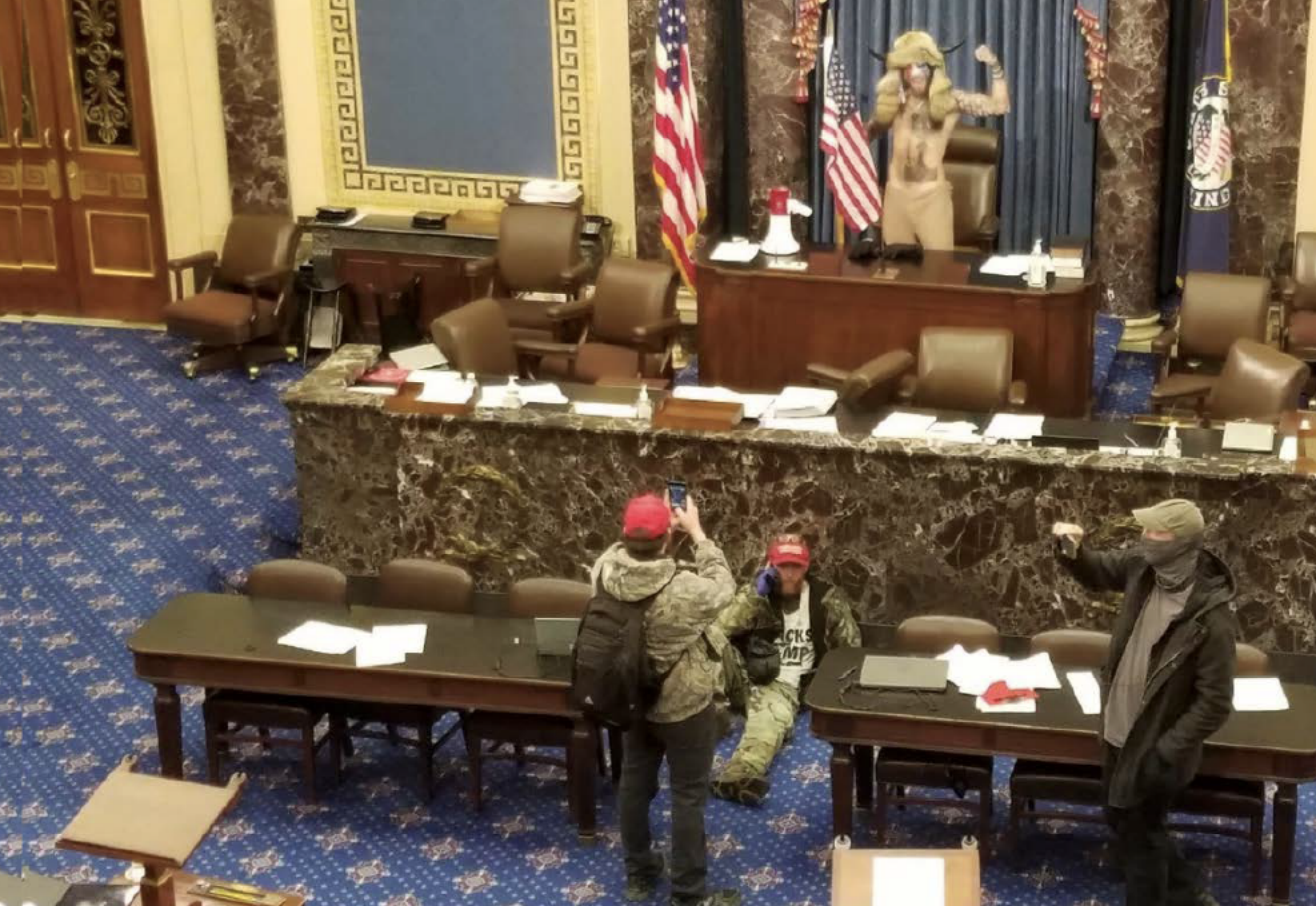 Whatever you think of these sentences, there were some themes from both worth taking away.

First, the defense attorneys in both cases spoke at length about how honorably the AUSAs on the case — Leslie Goemaat for Fairlamb, and Kimberly Paschall for Chansley — had acted throughout the prosecution. “The decency of prosecutors like this serve only to elevate the entire criminal justice system,” Fairlamb’s lawyer, Harley Breite stated. Chansley’s lawyer, Al Watkins, welcomed of Kimberly Paschall’s ability to see Chansley as an indivdiual. (Chansley also thanked Lamberth for ensuring he’d have access to organic food in accordance with his shamanic faith.)

In both cases, the defendant spoke about the legitimacy of Lamberth’s judgment. While both claimed they had come to see the error of the ways in pretrial detention, they nevertheless acknowledged that if Lamberth saw fit to send them to prison, they accepted his judgment. “I could not have asked god for a better judge, to judge my character, this is a wise man, who’s going to be impartial, going to be fair,” Chansley said of the judge who had repeatedly deemed him unsafe to release. “I just hope you show some mercy on me, Sir,” Fairlamb said.

In both cases, Lamberth — a Reagan appointee whose past notably independent decisions include presiding over much of the litigation over a Native American Trust lawsuit, Cobell, as well as some of the first rulings to rein in the Executive’s FISA demands — seemed moved by the men’s remorse. In both, he considered but rejected a below guidelines sentence (for both men, the guidelines range was 41 to 51 months). In both cases, he sentenced them men to the guidelines sentence, albeit the lowest one, because of the severity of their actions. “It’s such a serious offense under those circumstances,” Lamberth said of Fairlamb’s actions that day, “an affront to society and the law to have the Capitol overrun and this riot stop the whole functioning of government. I cannot give a below guidelines sentence.” With Chansley, Lamberth similarly judged, “The basic problem I have with a departure downward, what you did here was horrific, as you now concede, and obstructing the functioning of government as you did is a type of conduct that is so, uh, serious that I cannot justify downward departure.”

You may not like either of these sentences. But one thing that both did — whether motivated out of genuine remorse or as part of a cynical ploy to butter up a judge — is reaffirm the legitimacy of the judicial process. By imposing real sentences on two men he seemed to believe exhibited real remorse for their actions, Lamberth emphasized how serious the January 6 attack was. Both these men recognized their actions as crimes. Both recognized the legitimacy of a judge imposing sentence for it. And both defendants recognized the professionalism of those at DOJ working to prosecute the case.

Amid all the efforts to decry any effort to hold January 6 rioters accountable, those are no mean achievements.