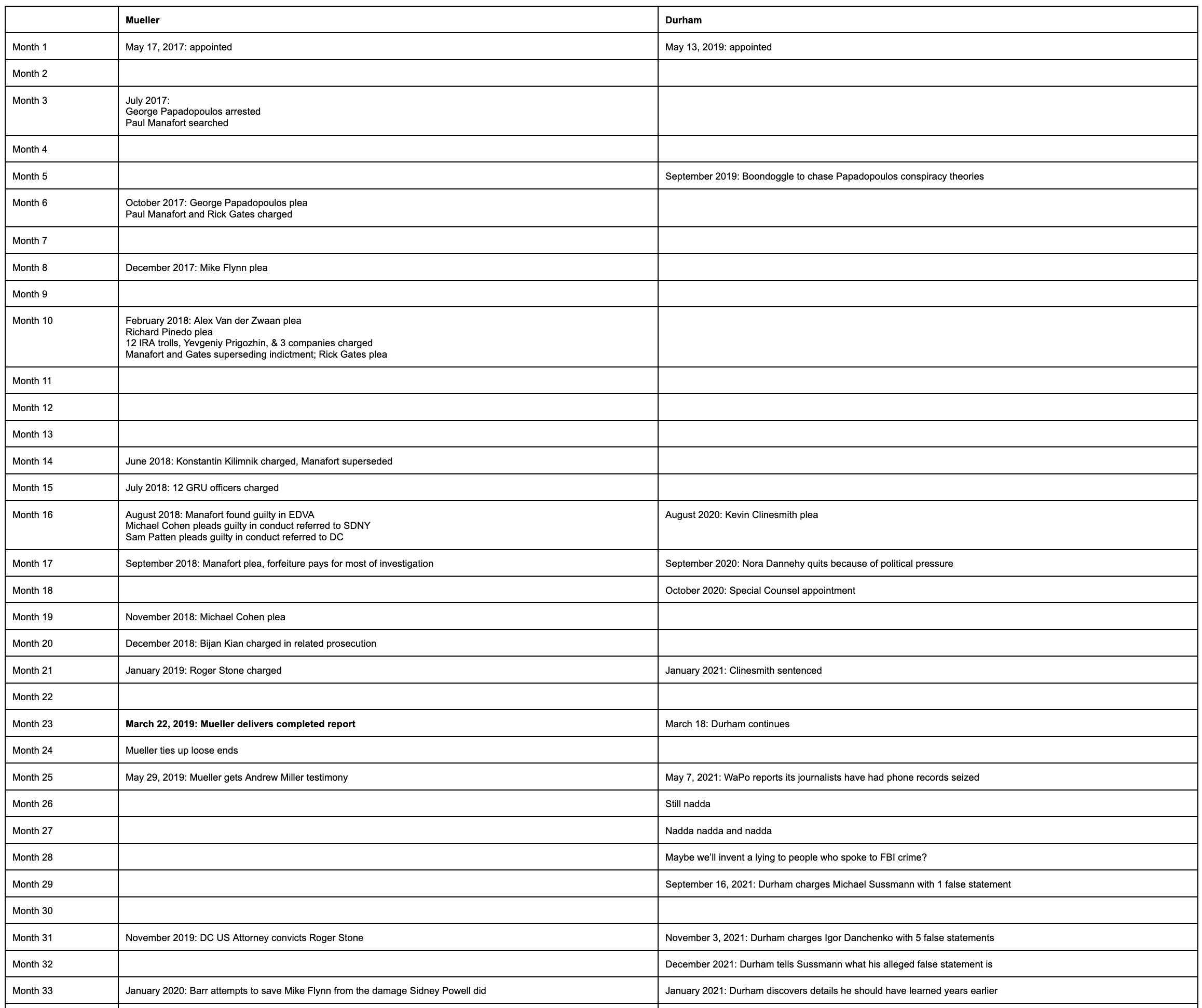 By my math, today marks the 1,000th day after Bill Barr first appointed John Durham to undermine the Russian investigation on May 13, 2019. Today marks a major new milestone in Durham’s effort to substantiate the conspiracy theories Barr sent him off chasing years ago.

The Durham investigation has now lasted 326 days longer than the Mueller investigation, not quite half again as long. But I’m sure Durham will last the 11 days required to hit that milestone, too. 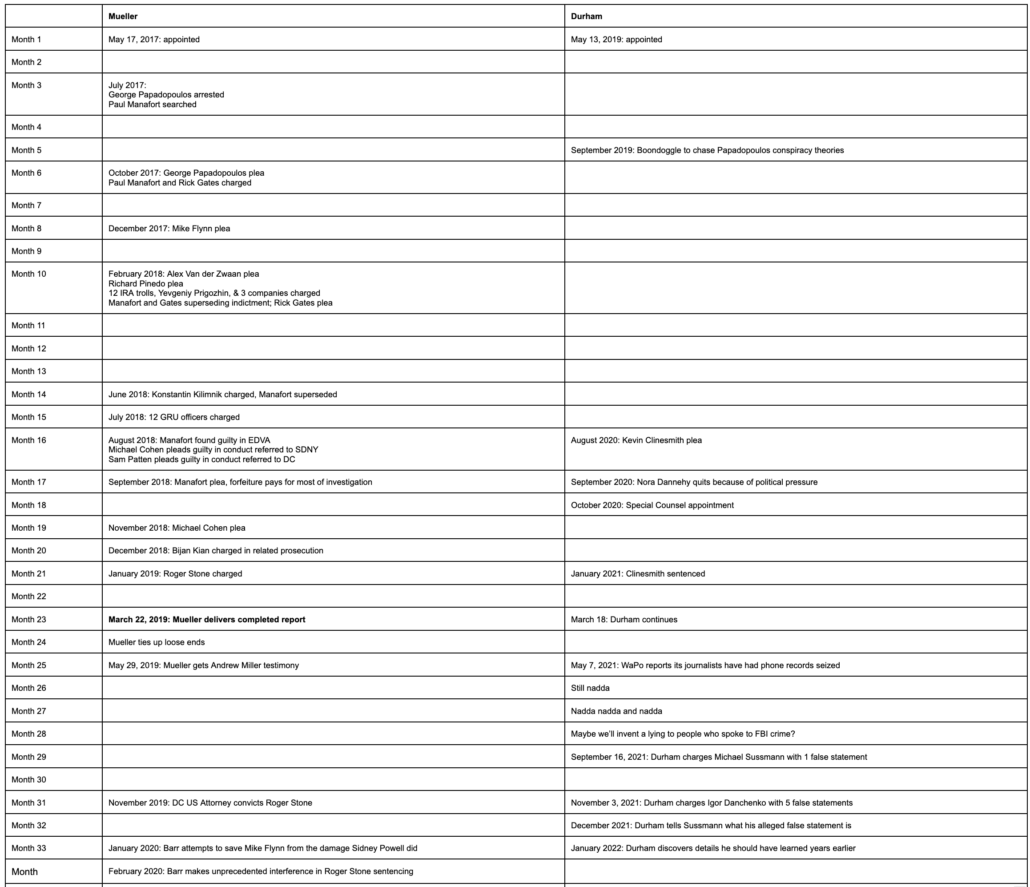 At this stage in the aftermath of the Mueller investigation, Billy Barr had started his campaign to undo all punishment arising from it. January 2020 was the month when Barr took the first steps to protect Flynn from the new crimes he had committed in his effort to blow up his past prosecution by appointing Jeffrey Jensen to review the Flynn prosecution — an effort that would end with DOJ admitting that they had altered some notes.

Durham, by contrast, has had a productive last month. Four months after indicting Michael Sussmann, he learned that Sussmann had provided at least one other anonymous tip on behalf of Rodney Joffe, in addition to the one Durham has labeled a crime. Durham also discovered two phones used by James Baker, which he had never before bothered to look for in DOJ IG custody, precisely where he had been told one of them was years earlier.

At the rate Durham is discovering basic things he should have learned years before indicting Sussmann (and, probably, Igor Danchenko), he might be prepared to make a responsible prosecutorial decision about whether to charge these cases in another two years or so.

Steve Bannon’s Lawyer Made Himself a Witness and Now Wants To Be Just... When Lawyers’ Lawyers Need Lawyers: The Import of Robert Costello’s...