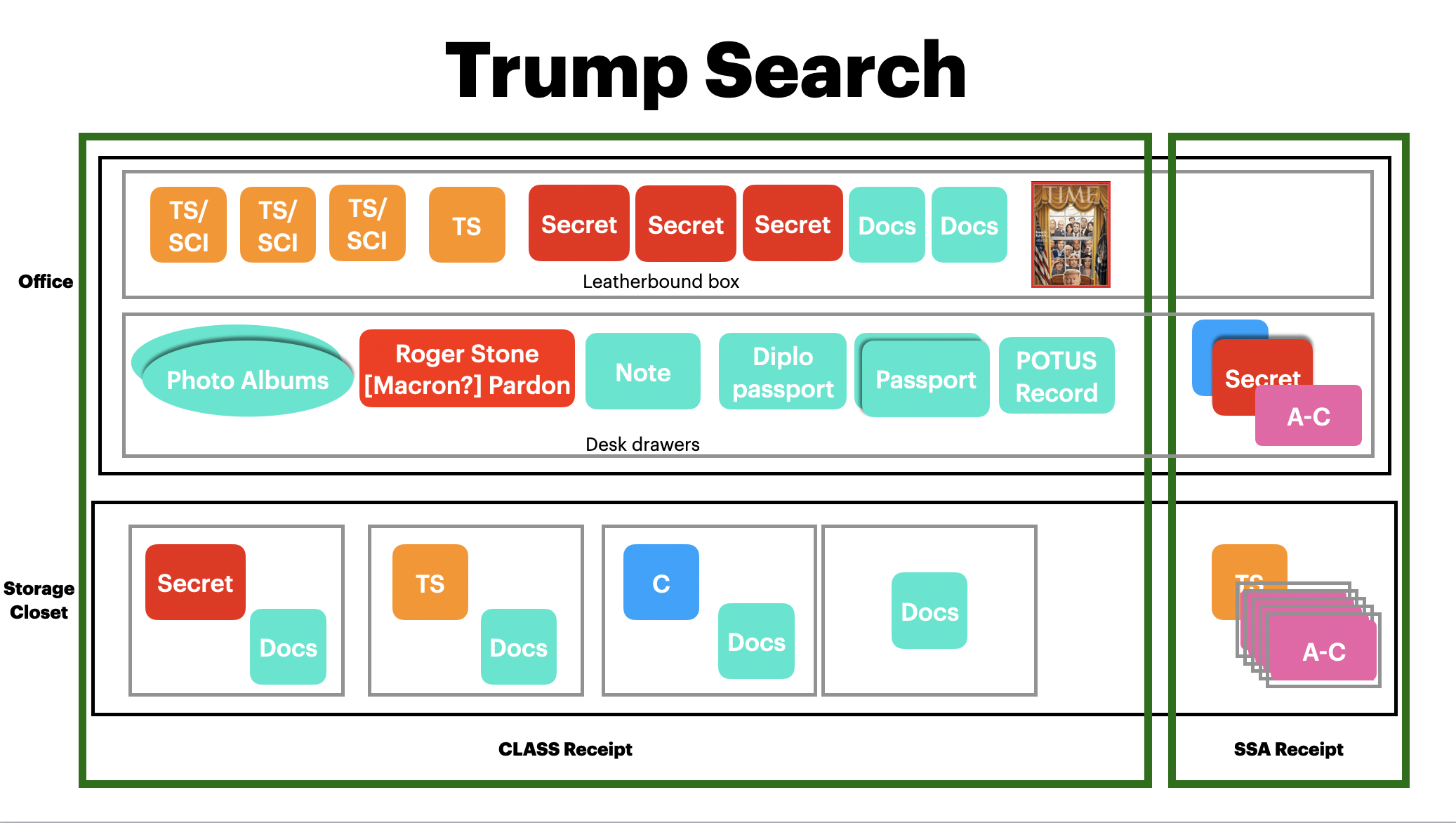 Yesterday, Trump filed the complaints he had originally filed under seal as well as another bid to delay the Special Master process.

I’ll return to both. But I want to look at the basis Trump offers to request a delay: that the documents seized from Trump amount to 200,000 pages.

At the status conference before the Special Master, the Plaintiff suggested that the dates put forth in the Draft Case Management Plan were unlikely to prove feasible in terms of both the likely start of the document flow and the man-hours necessary to review more than 11,000 pages or documents. Indeed, the Plaintiff suggested that a rough rule of thumb in document reviews is 50 pages per hour. Building into his calculations the review and categorization of the filter team documents; the successful recruitment, retention, and start-up operation of a data vendor; and the requisite review and categorization of that many documents led the Plaintiff to suggest mid-October as a completion date. Government counsel assured Your Honor that a minimal adjustment of “a couple of days” was all that was needed, but that otherwise the Plan was perfectly acceptable.

Trump has, so far, never shied away from spinning the facts. And this is the first filing made without Chris Kise’s signature, increasing the likelihood of shenanigans.

This universe of documents reflects the contents of 27 boxes plus the contents of Trump’s desk drawer (ignoring the 520 pages of potentially privileged documents, some of which came from the desk drawers, and all but one email of which Trump has had for 13 days). If the 200,000 number were accurate, every box and the drawer would have, on average, over 7,000 pages of documents, which is far more than even a large case of paper would include (10 reams of paper at 500 pages each, or 5,000). And some of these boxes include books (33 altogether) and clothing or gifts (19 total), which would fill space really quickly.

But even assuming that someone in government told him that the 27 boxes of documents plus the contents of Trump’s desk drawer amount to 200,000 pages of material, even assuming Trump would need to review every page of every government document he stole, this is still misleading.

This is not a single newspaper article. It might well be an entire blog or website, printed out.

And if these boxes resemble the ones delivered to NARA at all, they are largely clippings, with documents interspersed.

In other words, there’s a lot of fluff in these boxes. Fluff that will not need extensive review, because they’ve been seized because they help investigators understand the other items in those boxes.

And Trump is using that fluff to draw out the Special Master process.

The Gaslighter’s Psychiatrist: My Response to Dan Drezner Oleg Deripaska Indicted for His Anchor Baby and Flowers for a TV Host