A group of 10 human rights groups have written President Obama a letter calling for him to fulfill his State of the Union promise of more openness about drone and/or targeted killing.

The letter calls for obvious sorts of transparency (including the public release of all CIA, DOD, and DOJ documents pertaining to drone and/or targeted killing, as well as sharing of information Congress needs to conduct oversight) and warns that several of the interpretations adopted by the US (for example, its overly broad definition of imminence) don’t abide by international law.

Judicial review is a central pillar of checks and balances. It is essential for accountability and transparency. Yet, the administration’s position is that judicial review is “not appropriate” in targeted killings cases and it has invoked broad interpretations of the political question and immunity doctrines, Bivens special factors, and the state secrets privilege to obstruct litigation.

We do not believe that accountability and transparency will be improved by recent proposals to establish a FISA-like court to sanction lethal targeting operations. On the contrary, a special targeted killing court would give a veneer of judicial review to decisions to launch lethal strikes without offering a meaningful check on executive power. Instead, we urge the administration to cease making broad claims of non-justiciability or political question, to prevent cases alleging human rights or constitutional violations from being heard on their merits. [my emphasis; footnotes removed]

That all 10 groups — including ACLU, Amnesty International, Center for Constitutional Rights, Human Rights First, Human Rights Watch, and Open Society Foundations, as well as some smaller institutions — would agree on this point makes a powerful statement. It denies the Administration of whatever sanction it hoped a drone and/or targeted killing court might give to their extrajudicial killing program.

The Administration is still more likely to be influenced by increased reporting on the lies they’ve been telling about the program than even these human rights groups. But it is important to see this unified statement undercutting the Administration’s (and Dianne Feinstein’s) efforts to make this program look better by burying it in a secret court. 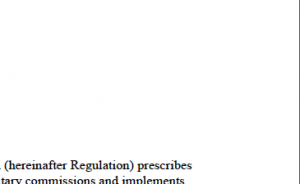