I have said this from the get go: In the case of State of Florida v. George Zimmerman, under the actual facts of the case from the State of Florida’s own disclosure, as opposed to hype from Benjamin Crump and his public relations team, who have self interest from representation of family members in a civil damages case, not to mention well meaning, even if uninformed, mass and liberal media, there has never been a good factual rebuttal to George Zimmerman’s own account of self defense. You know why? Because there is not any compelling rebuttal within the facts as adduced in the investigation and entered in the record at trial. And the presumption of innocence and burden of proof in the American criminal justice system still mean something.

Yes, I know what I am saying runs counter to the popular meme and what people emotionally feel and want to hear. But everything I have noted from the start of this case has been borne out in the trial evidence and resulting posture as the case heads to closing arguments and to the jury for deliberation.

Did you know that powerful local mayoral office politicians involved themselves, by meeting with only the victim’s family and their attorneys, in an improper ex-parte manner, to go over the most critical evidence during the early stages of the investigation and before said Martin family members’ statements were relied on to file charges? I bet you did not, but that has been the testimony in the trial record.

Did any of you see the young female neighborhood homeowner, Olivia Bertalan, that testified Wednesday as to the crime spree that was ongoing in her and Zimmerman’s neighborhood, Retreat at Twin Lakes, including the home invasion where she and her child were victims of one or more home invaders, and who was effusive in her praise for the concern of the neighborhood watch program and George Zimmerman? Did you know that, thanks in part to the actions of Zimmerman and his wife, the juvenile suspect was caught and sentenced as an adult by this same judge, Debra Nelson, to five years in prison? Probably not is my guess. But that, too, is the evidence.

Did any of you see the other neighbors, of all races, in Retreat at Twin Lakes who testified on Zimmerman’s behalf about the the facts of the case, that Trayvon Martin was the aggressor on top of Zimmerman when the shooting occurred, and the crime afflicting the neighborhood and the need for the neighborhood watch program? My guess is you did not. But that, too, is part of the evidence in the trial record.

Did any of you see the parade of witnesses that laid the foundation for the fact Trayvon Martin was the aggressor in the actual critical physical encounter between him and Zimmerman, and was on top of Zimmerman, and beating Zimmerman, both moments before, and at the time of, the key gun shot? And supported by both the case detectives and one of the foremost expert pathologists, Dr. Vincent di Maio, in the world? My guess is you did not. But that, too, is in the trial record as hard evidence.

Yes, all of those facts are exactly what was testified to in open court. Most of the witnesses were literally the state’s own witnesses, including the two main case detectives, Detective Chris Serino and Detective Doris Singleton. Did you know that the state’s own veteran case detectives, Serino and Singleton, testified they believed George Zimmerman and thought his version of the facts consistent and credible? My guess is you don’t know that. Yet all of that is exactly what the sworn testimony has been in open court. 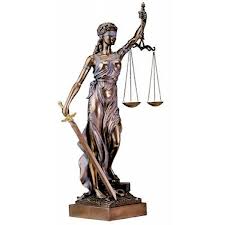 Did you know that the state, by and through Angela Corey, relentlessly engaged in Brady violations with regard to discovery and evidence disclosure and that, as a result, discovery and depositions thereon have been ongoing even during the trial, all to the detriment to, and prejudice of, Defendant Zimmerman? My guess is you did not, but that too is part of the record.

In spite of all of the above, the political, and cravenly so, prosecution may still tug on enough emotional and falsely racial heartstrings to wrongfully convict Zimmerman. Almost surely there will be no conviction of the always wrongfully charged 2nd degree murder charge; but the possibly of a flawed compromise verdict to a lesser included charge of manslaughter, battery, or other lesser included offense, is very real. If so, it will, despite all the emotions of this case, be a tragedy of justice.

No matter what you think of George Zimmerman personally, the rule of law should militate in favor of an acquittal. Yes, if the burden of proof in the American criminal justice system is truly “beyond a reasonable doubt”, and if there really exists a common law right to “self defense”, then acquittal is exactly what the verdict should be, and must be.

I have no affinity for George Zimmerman. Frankly he strikes me as a hapless dope. Under no circumstances do I support George Zimmerman, or anybody else, wandering around with concealed carry, locked and loaded, firearms on neighborhood patrol (even though he was not on patrol, but only on his way to Target for family shopping). It is a tragic event waiting to happen and nowhere close to what the founders had in mind with regard to the Second Amendment. But my, and your, beliefs are not the law of the land either in Florida or anywhere else in the United States under District of Columbia v. Heller. And that is the law of the land, both for the Zimmerman case at bar, and and all others elsewhere.

We shall see how willing to follow the law the jury will be, and what their verdict is. But this case is not now, and NEVER has been, about what has been pitched and portrayed in the media. Never. It is not about racial prejudice and profiling (and the DOJ Civil Rights Division so found), and it is not about murder. It is about a tragic and unnecessary death, but one that is not a felony crime, despite all the sturm and drang.

State of Florida v. Zimmerman is a straight up traditional self defense case. It has never been pled as a Stand Your Ground defense case, irrespective of all the press coverage, attention and attribution to Stand Your Ground. It’s never been Stand Your Ground, and certainly is not now that the evidence is all in on the trial record. It is a straight self defense justification defense, one that would be pretty much the same under the law of any state in the union including that which you are in, and that I am in, now (so don’t blame “Florida law”).

There is nothing whatsoever unique in the self defense posture that has been effected in this case. Nothing. And it is, whether it is comfortable or not, a compelling self defense case. Actually, let us be honest: It is not comfortable. Not even close. But no matter how uncomfortable it is to say, Zimmerman needs to walk, because the self defense case is strong. The burden of proof in the instructions to the jury will read that not only is there a general presumption of innocence afforded Zimmerman but, moreover, the state must also prove beyond a reasonable doubt that Zimmerman did NOT act in self defense. Under the facts as adduced in the trial record that ought be, by all rights, an impossible burden for the jury to get past, whether on the pending count of 2nd degree depraved murder or any possible lesser included charge given to the jury.

The facts, the rule of law, and the constitutional burdens of proof compel an acquittal. Uncomfortable to hear; yes, it is. Necessary for an acquittal to occur; also, yes it is.

[UPDATE: Just a couple of quick notes. First off, the jury instructions: Judge Nelson accepted a lesser included for standard voluntary act manslaughter under FLRS 782.02(1). Nelson, thankfully, denied the wild request by the state to give a third degree murder instruction based on child abuse. It was a ridiculous attempt by the state and would have provided fertile ground for an allegation of reversible error had there been a conviction. So, the jury will deliberate only on the 2nd degree murder and the lesser included manslaughter charges, which is how it should be.

Prosecutor gave a long closing argument this afternoon. Parts of it were pretty good, parts fairly diffuse and rambling. Overall competent though, and he will still have a rebuttal after the defense closing tomorrow by Mark O’Mara.