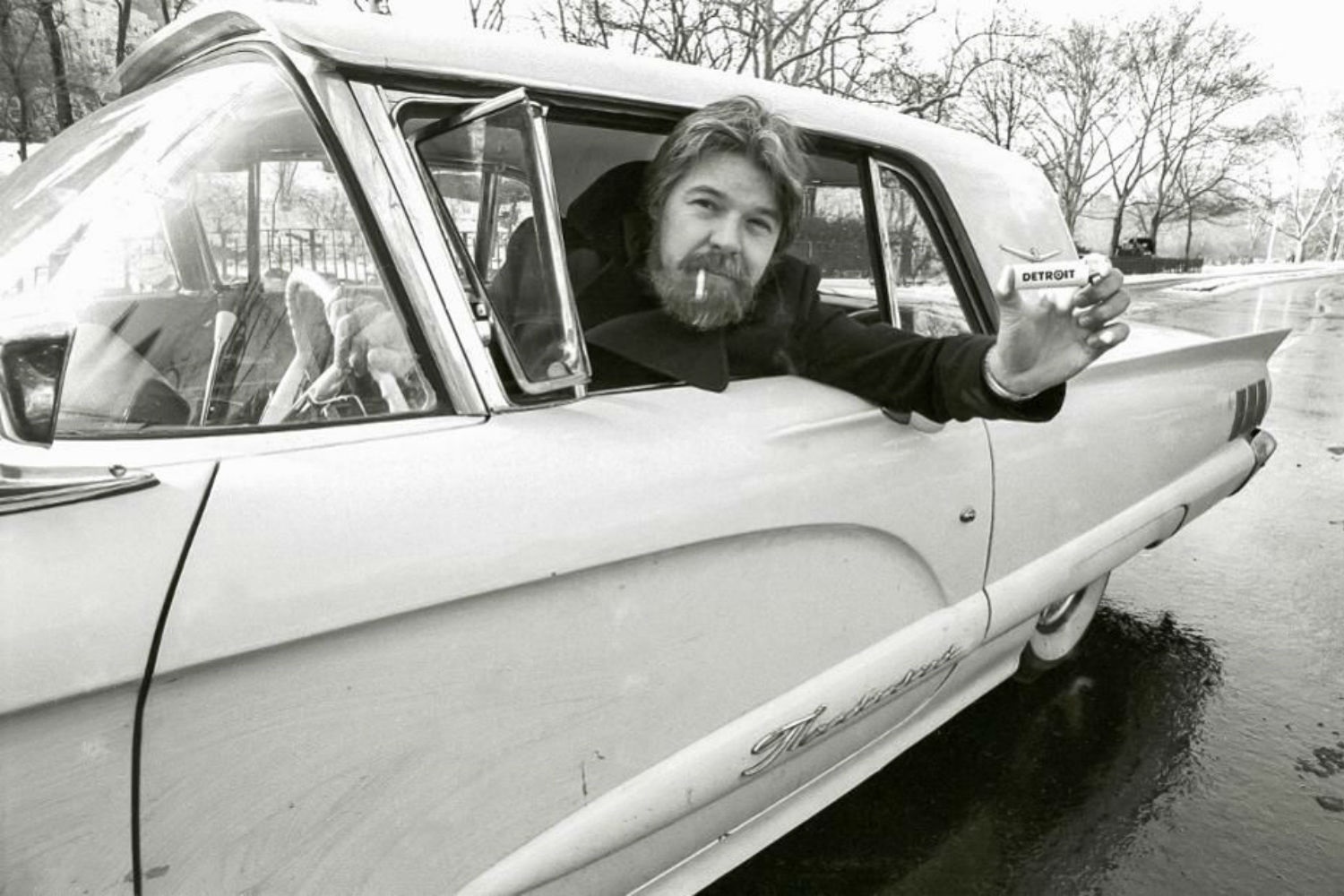 As the kids are wont to say, that was a hell of a week, and I’m only talking about Thursday and Friday. Also, too, there seems to be a second IC whistleblower on the horizon, per the NY Times. Things are happening fast, and in real time.

First up is the collegiate athletics. By the way, I honestly think all the Fair Pay to Play acts are, well, not good. They will give a very select small few rights to earn big money, and be seen as different by all the other college athletes that will never benefit. It is a caste system, and empowerment of the 1% off of Wall Street and onto the NCAA landscape. That is not a good thing.

Here is a piece by Michael McCann at the newly decimated Sports Illustrated, that I actually agree with. If Fair Pay to Play is to be enacted, it is absolutely necessary that it be done on a national basis, not a bogus piecemeal state by state basis, as some over aggressive voices are pushing. If you are going to do it, do it right. Join the national effort, not just try to make a name for yourself in your particular state.

Fair Pay to Play Acts are really ratifying that only a select few will ever profit off of the toils of the many. And the only recipients will be, with very few exceptions, in only football and basketball. The theory is not as evil as the result it will create. Irrespective of that merits discussion though, the siren song of state fame seems to be stronger for some noisy advocates than joining in a legitimate national plan. Shocker!

Alright, back to actual college football. It is a rather weak week for interesting games. Iowa at Michigan may be one of the best,and that is pretty telling. The best game is, arguably, Auburn at Florida. Jim White’s Gators have been a bit of a surprise, while Auburn was maybe larger on the preseason radar. The game is in the Swamp, which is huge for Florida. Auburn seems for real this year though, on both sides of the ball. That is the one game I will be truly watching. Mostly a whole lot of nothing after that this week.

As to the Pros: The Squawks beat the Rams in a great Thursday Night game. Off the top of my head, I think the Thursday Night football this year is already of a better quality than past years. Scribe said Vontaze Burfict should be banned from the NFL. I did not necessarily disagree, because his miscreant conduct goes back to college, and he played a couple of years here for the Sun Devils. He is a bad character, banning was arguably a fair result. Instead he will be suspended for the remainder of the year.

The Patriots have a lot of injuries, but they are playing the Skins, who are simply, and totally, fucked. Washington will be starting Colt McCoy, who may actually be their best option. If the Cards and Kyler Murray cannot beat the Bungles, they may not win a game this year.

The game that may be the most interesting is Tampa Bay at New Orleans. Teddy Bridgewater is no Drew Brees, but the Saints are seriously good, and playing at their home dome. Give Jameis Winston a smidgen of credit though, he is markedly better under Bruce Arians’ tutelage. This could be an excellent game. Vikes at Gents could be interesting, even though irrelevant mostly.

In a nod to Scribe’s coming comments, the Ravens at Steelers should be very interesting. Mason Rudolph did well last week; the Ravens not so much in a blowout loss to Baker Mayfield and the Brownies. Two different styles, and two teams that really don’t like each other. Excellent!

Green Bay at Dallas you would think would be a great game. But, even though I am a lifelong Pack fan, this is a tough road to hoe. Have to favor the ‘Boys. Lastly, the MNF game of Cleveland versus Niners in Santa Clara (yeah, that is still a dumbass location for the Niners to be playing in; what a joke), could be very good. Mayfield versus Garrapolo. Both teams are really looking up this year. Edge to SF though. I think…..

This week’s music is Boomtown Blues by Bob Seger, and it is from an under-appreciated early 80’s album, The Distance. Not sure what made me think of it, I have not thrown that album on the turntable for years, but here we are. Making Thunderbirds is also a truly killer cut on The Distance.

Since blowing the whistle is all the rage currently, I am including a second Seger cut, Let It Rock, this from the much earlier Bob Seger System, and it is an old song originally credited to Edward Anderson. Thing is, Edward Anderson was an early pseudonym for the one and only Chuck Berry. Seger’s version is awesome.

Hi there lugnuts, it is time for another edition of Emptywheel’s Famous Trash Talk! I actually would have started this last night, and therefore had it up earlier this morning, but had to go out to dinner and my new iPhone 6S had been delivered and was waiting when I got home. So, you know, I had to play with that and get it set up.

Thing sure is pretty. The experience deteriorated after unboxing it though. Apparently many of the early units shipped with iOS 9 and there is a bug in that OS which cause many users to have their phones freeze up on them during the setup process. I was one of those, and a very frustrated one of those, until I called AT&T help. A lovely chap named Nate helped me through the fix, which literally took about half an hour on the phone guiding me through it all. Nate was great, and now the device is functioning beautifully. It really is a fantastic bit of electronic hardware. Today (if the tracking is accurate), my wife’s will be delivered and we will now know what to do for it too. So, a hassle at first, but pretty wowed by the product in action.

Okay, Trash Talk came, in one sense, a little early this week with my early morning post yesterday on the Patrick Kane alleged rape case in Buffalo. There are a couple of new developments. First, the Erie county DA, Frank Sedita, held a presser yesterday a few hours after I had posted. I was in court and did not see it, but here is, to me at least, the key takeaway via Michael McCann and SI:

Sedita’s revelation was the latest bizarre development in an investigation that now seems less likely than ever to result in the Chicago Blackhawks superstar being charged with any crime.

Sedita said that the bag—which had been identified by the lawyer for Kane’s accuser as proof that key evidence had been tampered with—had actually been given to the accuser’s mother when she accompanied her daughter to the hospital to have a rape test performed. She was the last known person to have the bag, he said, and it was used to store one of her daughter’s garments and not the contents of a rape test kit.

He then showed video to prove that no bag had ever been used to store the kit and to verify that the chain of custody for the evidence has always been secure.

If true, this case is dead. The only question is whether Sedita himself declines to go further, or whether he seeks the imprimatur of submitting it to a grand jury to likely decline to prosecute. McCann seems to believe it will be the former. If there is no positive evidence in the real rape kit, and the chain of custody is as Sedita has consistently stated from the start, then he probably should decline prosecution. Cases without a reasonable likelihood of conviction should not be brought, and they all too often are.

Okay, on to the games. F1 is in Suzuka Japan for the Japanese Grand Prix. Nico Rosberg took pole last night over Mercedes teammate Hamilton, with Bottas, Vettel, Massa and Raikkonen of the Williams and Ferrari teams alternating in P3 through P6. Red Bull’s Daniil Kvyat had a nasty crash, but seems to be okay. Suzuka is a great track, this could be a pretty interesting race.

As to the NCAA men, it is such a pitiful week’s schedule of games that the ESPN Game Day folks are holding fort in freaking Tucson, where Rich Rod and Arizona are hosting the UCLA Bruins and their wonder boy true frosh QB Josh Rosen. And hot damn! they have Arizona alum and southern Arizona guy Bob Baffert on the set. Excellent! UCLA looks to be a far better team. But DANGER WILL ROBINSON DANGER!this is exactly the kind of upset that very often happens down in Tucson when the Cats Bear Down. We shall see, but I take the Cats. The only other game worth squat is USC here against the Sun Devils in Tempe at night on ESPN. I actually have tickets to the game, but not sure I am going to be able to go. Neither the Trojans nor ASU appear to be as solid as was thought before the season started. I’ll take the Devils, but don’t feel good about it at all.

As to the Joes in the Pros, well, of course I am excited about the MNF game between the Chefs and Packers at Lambeau. Seriously, what is better than a rematch of Super Bowl 1 played under the lights on the not yet Frozen Tundra? Doesn’t get any better than that. The Chefs are going to do some cooking this year, but not in Mr. Rodgers’ neighborhood. Take the Pack.

Niners are coming to Phoenix, where the Cardinals are not usually very hospitable. And, shhhh! don’t tell anyone, but the Cards are getting close to having a run game. Not there yet, but getting closer. Bengals at Ravens is a critical game for the Northern Dirty Birds. Bengals looks more solid this year, but then they always do until they don’t (half ass tribute to the great Yogi Berra there). Falcons at the Cowboys will be interesting only because Romo and Dez Bryant are gone. Eagles at Jets interesting because everybody thought the Iggles would be 2-0 and the Jets Jets Jets 0-2 right about now, not the other way around.

Oh well, talk amongst yourselves and, always, rock and roll. Music this week by my new favorite band from down under, Boom! Bap! Pow!