In this roundup: Turkey, pipelines, and a border not meant to be crossed.

It’s nearly the end of the final Monday of 2016’s General Election campaign season. This shit show is nearly over. Thank every greater power in the universe we made it this far through these cumulative horrors.

Speaking of horrors, this Monday’s movie short is just that — a simple horror film, complete with plenty of bloody gritty gore. Rating on it is mature, not for any adult content but for its violence. The film is about illegal immigrants who want more from life, but it plays with the concepts of alien identity and zombie-ism. Who are the illegals, the aliens, the zombies? What is the nature of the predator and their prey? Does a rational explanation for the existence of the monstrous legitimize the horror they perpetuate in any way?

The logline for this film includes an even shorter tag line: Some borders aren’t meant to be crossed. This is worth meditating on after the horrors we’ve seen this past six months. Immigrants and refugees aren’t the monsters. And women aren’t feeble creatures to be marginalized and counted out.

Should also point out this film’s production team is mostly Latin American. This is the near-future of American storytelling and film. I can’t wait for more.

Tough Turkey
The situation in Turkey is extremely challenging, requiring diplomacy a certain Cheeto-headed candidate is not up to handling and will screw up if he places his own interests ahead of that of the U.S. and the rest of the world.

In the background behind Erdoğan’s moves to consolidate power under the Turkish presidency and the fight to eliminate ISIS from Syria and neighboring territory, there is a struggle for control of oil and gas moving through or by Turkey.

Russia lost considerable revenue after oil prices crashed in 2014. A weak ruble has helped but to replace lost revenue based on oil’s price, Russia has increased output to record levels. Increase supply only reduces price, especially when Saudi Arabia, OPEC producers, and Iran cannot agree upon and implement a production limit. If Russia will not likewise agree to production curbs, oil prices will remain low and Russia’s revenues will continue to flag.

Increasing pipelines for both oil and gas could bolster revenues, however. Russia can literally throttle supply near its end of hydrocarbon pipelines and force buyers in the EU and everywhere in between to pay higher rates — the history of Ukrainian-Russian pipeline disputes demonstrates this strategy. Bypassing Ukraine altogether would help Russia avoid both established rates and conflict there with the west. The opportunities encourage Putin to deal with Erdoğan, renormalizing relations after Turkey shot down a Russian jet last November. Russia and Turkey had met in summer of 2015 to discuss a new gas pipeline; they’ve now met again in August and in October to return to plans for funding the same pipeline.

A previous pipeline ‘war’ between Russia and the west ended in late 2014. This conflict may only have been paused, though. Between Russia’s pressure to sell more hydrocarbons to the EU, threats to pipelines from PKK-attributed terrorism and ISIS warfare near Turkey’s southwestern border, and implications that Erdoğan has been involved in ISIS’ sales of oil to the EU, Erdoğan may be willing to drop pursuit of EU membership to gain more internal control and profit from Russia’s desire for more hydrocarbon revenues. In the middle of all this mess, Erdoğan has expressed a desire to reinstate the death penalty for alleged coup plotters and dissenters — a border too far for EU membership since death penalty is not permitted by EU law.

That’s it for now. I’ll put up an open thread dedicated to all things election in the morning. Brace yourselves. 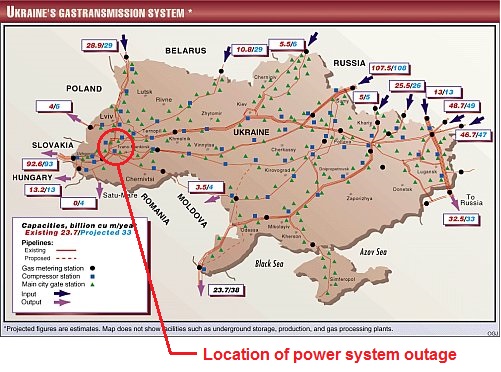