Chen Guangcheng: The Hollow Core of a Press Manipulation Presidency 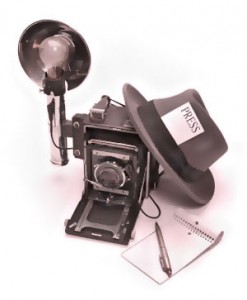 It was indeed too good to be true. A mere twelve hours later, and even the Washington Post reports a far different tale:

The blind legal activist Chen Guangcheng left the refuge of the U.S. Embassy in Beijing for a hospital on Wednesday, but he was quickly cordoned off by Chinese police and reportedly seized by misgivings about his decision, as an apparent diplomatic triumph risked dissolving into a potentially damaging episode in U.S.-China relations.

After four days of secret negotiations, U.S. diplomats on Wednesday initially touted then later scrambled to defend their role in forging an agreement that they said contained extraordinary Chinese promises to allow Chen — a self-taught lawyer known for criticizing Chinese policies on abortion — to move his family to Beijing, where he would begin a new life as a university student.

Chinese officials, by contrast, broke their official silence on Chen by firing a broadside complaining about U.S. interference in China’s internal affairs. The Foreign Ministry demanded an apology, which State Department officials declined to give.
….
But activists’ fears over Chen’s fate mounted, and they expressed increasing alarm — fueled by a series of Twitter updates — that what seemed like a human rights victory was spiraling quickly into a worst-case scenario.

Chen was no longer under U.S. protection, they noted, and it was not clear whether he had left on his own free will or under coercion. While U.S. officials said they had been promised access to Chen in the hospital, Britain’s Channel 4 news quoted a conversation with him in which he seemed confused and upset that no American diplomats were around.

“Nobody from the [U.S.] embassy is here. I don’t understand why. They promised to be here,” Channel 4 quoted Chen as saying.

Bob Fu, president of the advocacy group ChinaAid, said he was concerned that “the U.S. government has abandoned Chen” and that the Chinese government is “using his family as a hostage.”

Quite a difference, no? And that, quite frankly, appears to be the sanitized version from the Washington Post, who has a dozen eggs on their face. But nowhere near the eggage the Obama Administration, and State Department, has on their collective face.

Such are the vagaries of policy by press manipulation though. The ass biting incidents such as the aforementioned Jessica Lynch, the dishonor of the man that was Pat Tillman, to the broken promises of Barack Obama on warrantless wiretapping and war crime accountability, to the false hope of Cairo, to the greasy and uncomfortable election politicization of the SEAL’s takedown of Osama bin Laden a year ago, to Chen Guangcheng.

There has been precious little return on the false hype from the Obama Administration; instead, a wave of disappointment. And the press is, without saying, all too willing to serve as the tool of the string pullers in power, regardless of which political faction it may be at any given time. It is who they are, it is what they do. As Glenn Greenwald said recently of the willing press:

They aren’t nearly so substantive as to be driven by any sort of belief or ideology or anything like that. Their religion is the worship of political power and authority (or, as Jay Rosen says, their religion is the Church of the Savvy). Royal court courtiers have long competed with one another to curry favor with the King and his minions in exchange for official favor, and this is just that dynamic. Political power is what can give them their treats — their “exclusive” interviews and getting tapped on their grateful heads to get secret documents and invited to White House functions and being allowed into the sacred Situation Room – so it’s what they revere and serve.

That is exactly the bogus and counterfeit relationship between Presidency and press that led to the unquestioning, and ultimately embarrassing, breathless buy in by the Washington Post on the spoon fed horse manure from the Obama Administration’s Chinese Ambassador, Gary Locke, on Chen Guangcheng.

It is all a media manipulation now, and the media do not care who, or which side, are doing the manipulating. Presidency by press release. It doesn’t matter if it is real or fabricated, it is all good if it sells. The distressing thing is that it does, indeed, sell.

tweets from our circle
Ed Walker 🍞🌹💉💉@MasaccioEWRT @PicadioAntonio: @espinsegall Two Catholic Bishops have denied Holy Communion to Biden and Pelosi for being pro choice. Does anyone thin…30 minutes ago22 May 2022
emptywheel@emptywheelThat Clinton Tweet Could Lead To a Mistrial (or Reversal on Appeal) emptywheel.net/2022/05/22/tha…3 hours ago22 May 2022
emptywheel@emptywheelRT @JonWalkerDC: Should be a bigger deal CPAC went to Hungary to basically teach conservatives how to end democracy in practice3 hours ago22 May 2022
bmaz@bmazNot a Smart foul. Jeez, and now a T on Smart.6 hours ago22 May 2022
bmaz@bmazI thought only LeBron got to blithely travel like that.6 hours ago22 May 2022
emptywheel@emptywheelRT @AlexMartin: DDoSecrets is releasing approximately 128,500 emails allegedly from Hunter Biden's laptop - which they say are "being distr…10 hours ago21 May 2022
emptywheel@emptywheelI missed this bc I was actually covering the case, but I do hope Tesla doesn't go under before Sussmann has a chanc… twitter.com/i/web/status/1…11 hours ago21 May 2022
Ed Walker 🍞🌹💉💉@MasaccioEWRT @cascamike: the progressive agenda was fully embraced by the democratic party for three months at the beginning of 2021. approval rating…12 hours ago21 May 2022
Jim White@JimWhiteGNVWe feast tonight! The butts cooked faster than expected., but will hold safely wrapped in foil and in a cooler unti… twitter.com/i/web/status/1…17 hours ago21 May 2022
Ed Walker 🍞🌹💉💉@MasaccioEWRT @RepKatiePorter: 🥩 4 companies control 85% of the beef market 🫘 4 companies control 80% of the soy market 🍝 3 companies control 78% of t…22 hours ago21 May 2022
Ed Walker 🍞🌹💉💉@MasaccioEWRT @sarahkendzior: A thread from a year ago22 hours ago21 May 2022
RayneToday@raynetodayRT @darth: i know this is completely unrelated but imagine spending nine fuckin hours with that guy1 day ago21 May 2022
Jim White@JimWhiteGNVWho’s ready for baseball at the end of the rainbow? pic.twitter.com/QWJZZK5LpC1 day ago20 May 2022
Jim White@JimWhiteGNVMore than fifty folks from the church are signed up to eat pulled pork in my back yard tomorrow evening. Fortunatel… twitter.com/i/web/status/1…2 days ago20 May 2022
Jim White@JimWhiteGNVSays the man who just disenfranchised many voters of color. Just fuck off with your hypocrisy. twitter.com/GovRonDeSantis…2 days ago20 May 2022
RayneToday@raynetodayRT @wyatt_privilege: Not a mind blowing observation but the game now is to send crazy shit upstairs to scotus and invite them to remold, sc…3 days ago19 May 2022
RayneToday@raynetoday~ding-ding-ding~ Accurate. twitter.com/robinmarty/sta…3 days ago18 May 2022
Jay Bybee’s Colleagues Say OLC Lawyers Couldn’t Know that Torture... The Bin Laden Document Dump
Scroll to top