60 Minutes Writes the Final (?) Installment of the Benghazi Left Behind Novels 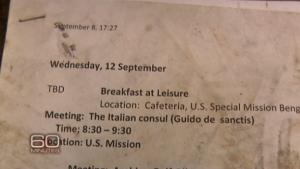 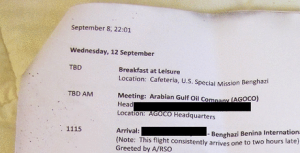 For no apparent reason, 60 Minutes explains that Dylan Davies AKA Morgan Jones went to the compound the day after the attack and took this picture, which he reportedly gave to the FBI. 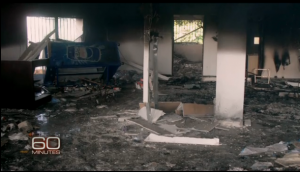 60 Minutes says that one of its team members (whose role it doesn’t elucidate) went to the compound earlier last month and took footage, including this image. 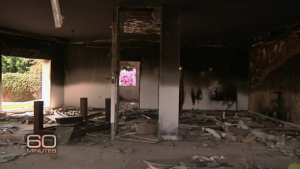 I’m not saying these are the same picture. They differ in some interesting ways, even setting aside time of day.

But these should depict what happens to an unguarded compounded between a time just hours after a brutal attack and a time over  a year later. Let me know in comments what you think of these pictures.

Update: As a number of people have noted, 60 Minutes pitched Dylan Davies AKA Morgan Jones’ story in conjunction with the publication of his book on the topic. The book was published by Simon and Schuster’s Threshold Edition. Yet not even Media Matters’ coverage of this notes that Threshold is Mary Matalin’s imprint.

In other words we’re seeing the very same tactics we saw used in the Iraq War coming out of an imprint run by one of Dick Cheney’s top propagandists.