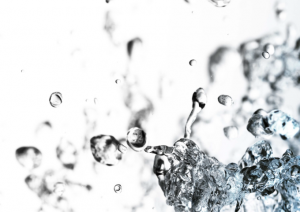 Those of us who watch Gitmo legal issues have wondered since late last year why the prison had imposed new clean team processes on communications between lawyers and their clients. We learned the beginnings of an answer today. DOD found a copy of the AQAP propaganda magazine Inspire in a detainee’s cell.

Navy Cmdr. Andrea Lockhart blurted out the embarrassing disclosure in defending the prison camps commander’s plan to give greater scrutiny to legal mail bound for alleged terrorists. She was discussing a system used by civilian lawyers to send materials to Guantánamo captives who are suing the U.S. for their freedom through habeas corpus petitions in Washington, D.C.

But the government either didn’t offer or doesn’t know why and how the magazine got there.

Pentagon and prison spokesman could not immediately provide details about which edition of the magazine reached the camps, whether a captive had actually seen one and how prison camp personnel discovered it.

And that’s all the more significant given a detail Spencer Ackerman noted on Twitter: Inspire is English.

Most of the detainees left at Gitmo are Arabs.

Granted, it’s a very glossy magazine. The picture above–the most innocuous I could find in the most recent edition [note, Inspire downloads are tracked by DHS and DOJ, so think twice before you download]–appears in a discussion of torture; perhaps it represents waterboarding.

But for detainees with limited English skills, even quotes like this one, which appeared in the same edition and was attributed to Human Rights lawyer Clive Stafford Smith, appearing among a bunch of self-criticisms of our conduct on the war on terror, would be of interest to detainees, but not necessarily great reading material.

It would be absurd to say that torture never gets a result that’s true; of course it does. I mean I could torture you and get your name very quickly. But the first question you always have to ask is this: is torturing someone making the world safer or is it actually inspiring people, that we’re such hypocrites about democracy and the rule of law, that they hate us more? Now you cannot look at the last ten years and say that what we did in Guantanamo Bay and the torture that we’ve done elsewhere has made the world safer; that’s just an untenable position.

That is, there surely would be topics of interest in the magazine, but Gitmo detainees aren’t the audience. (In this issue, there’s one more mention of Gitmo.)

So why did a detainee have one in his cell?

Maybe the magazine was (remember, it wasn’t necessarily this edition) given to detainees to show what others were saying about the detainees or the torture. Maybe the folks running Gitmo believe whoever got the magazine is still trying to exert operational control, which would be a legitimate, serious concern (though would still not implicate the lawyers).

And I find it rather interesting that this happened some time after Samir Khan, the producer of Inspire, got killed in the Anwar al-Awlaki drone strike.

Or it could be something else, as Shayana Kadidal noted:

“Detainees have in the past received books, truck magazines, chewing tobacco, personal electronics, and fancy underwear as perks of cooperating with interrogators,” said attorney Shayana Kadidal of The Center for Constitutional Rights.

“If this magazine was provided to a detainee by an interrogator, it would not mark the first time that sort of thing has happened,” he said, “nor the first time the government had implied that the detainee’s attorneys must have brought him the item.”

Frankly, I don’t know what to make of it. It could mean anything from KSM exercising operational influence again–which would be a genuine concern–to a guard being nice to a detainee.

But the same magazine that justified the killing of American citizens now serves to justify the infringement of attorney-client privilege.