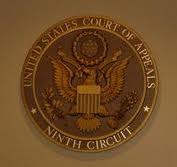 It is brief and to the point and, frankly, there is not much more he can do to erase the stain he left. Which is where it gets interesting. As you can see by clicking on the link to Cebull’s self initiated complaint (there are others that will be later joined, but his was immediately self filed, that will count large), it is submitted to the Chief Judge of the Ninth Circuit, Alex Kozinski. Not only do judges in a circuit tend to stand up for one another, Kozinski himself has had a fairly analogous issue in his past. Kozinski also self reported and apologized, had an independent judicial council evaluate it, and was cleared for further uninterrupted duty. This was key language in the Kozinski finding:

The Judge explained and admitted his error; apologized for it, recognizing its impact on the judiciary; and committed to changing his conduct to avoid any recurrence of the error. The offending material has been removed and will be destroyed. The Judge’s 35 acknowledgment of responsibility combined with the corrective actions he has already completed or has committed to pursue and his apology, along with our admonishment, made public in this opinion, properly “remed[y] the problems raised by the complaint.” Rule 11(d)(2). Accordingly, this proceeding is properly concluded. We find that “all of the purposes of the judicial misconduct provisions are fully served” by this result.

That is exactly the path and result Cebull is playing for, and he has a guide as good as gold to lead him down that path. Here is the kicker, Alex Kozinski is the gatekeeper for this determination as to Cebull!

Here are the rules regarding judicial misconduct as adopted by the 9th Circuit. As you can discern from Rule 5:

So, under Rule 5, if Kozinski, as the Chief Judge, “identifies” a complaint, it then is considered within the ambit of Rule 11. And what is in Rule 11? Well, Rule 11(a)(2) specifically provides that the chief judge may, at that point, consider the matter:

concluded on the ground that voluntary corrective action has been taken

It is very possible that is exactly what occurs, and is clearly what Judge Cebull is playing for. But, even if Kozinski refers the matter to a “special committee” pursuant to Rule 11 (a)(4), this resolution is still very available. It is also very likely. Cebull gets bonus brownie points for filing the initial complaint against himself, immediately issues a full written mea culpa to Obama and, at the same time takes full responsibility and announces all of it to the press and public.

It is hard to see how Kozinski and the 9th do not find a little sympathy under those facts, and Cebull is betting on it. It is a good bet. And a smart play. I have no brief whatsoever for Judge Richard Cebull, none, but, nevertheless, this is the likely conclusion coming.