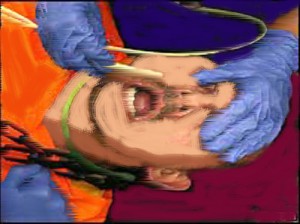 The U.S. advocacy group, Physicians for Human Rights, argues that force-feeding hunger strikers is a violation of medical ethics.

“If someone who is mentally competent expresses the wish not to be fed or hydrated, medical personnel are ethically obligated to accede to that person’s wishes,” said Dr. Vincent Iacopino, an expert with the rights group. “Under those circumstances, to go ahead and force-feed a person is not only an ethical violation but may rise to the level of torture or ill-treatment.”

The ICRC is opposed to forced feeding or forced treatment; it is essential that the detainees’ choices be respected and their human dignity preserved. The ICRC’s position on this issue closely corresponds to that expressed by the World Medical Association in the Malta and Tokyo Declarations, both revised 2006. The latter states: “Where a prisoner refuses nourishment and is considered by the physician as capable of forming an unimpaired and rational judgment concerning the consequences of such a voluntary refusal of nourishment, he or she shall not be fed artificially. The decision as to the capacity of the prisoner to form such a judgment should be confirmed by at least one other independent physician. The consequences of the refusal of nourishment shall be explained by the physician to the prisoner.”

Naji does a good job of explaining that he has made this conscious choice:

Denying ourselves food and risking death every day is the choice we have made.

And Naji and his fellow hunger strikers tell us that this desperate step is taken with the hope that the world will pay attention to their plight:

I just hope that because of the pain we are suffering, the eyes of the world will once again look to Guantánamo before it is too late.

From its very beginning, Guantanamo has represented efforts by the United States to work around existing laws to house prisoners where they cannot be released by courts. Even after it was learned that many of the prisoners had no connection to terrorism, the government stood firm in its refusal to abide by US and international law. President Obama ran for office on a platform of closing Guantanamo but now cowers behind a claim that Congress blocks him from doing so. Both the US military and its government have tarnished the image of the US as a nation of laws with their opening and operation of Guantanamo. Despite the ongoing crime of continuing to maintain prisoners indefinitely without charge, there is no indication that either the military or the government will ever move toward closing the prison and repatriating the prisoners who have been cleared.

Given that lack of hope, it should come as no surprise that prisoners would chose to starve themselves to death now rather than await a natural death after several more decades of illegal confinement.