In Support of Ben Wittes

Over at Lawfare, Ben Wittes does some brainstorming about what other databases the Chinese may be hacking after ingesting all its OPM winnings. He thinks they might target:

For each description of why he thinks they might be juicy targets, he ends with this statement:

As it happens, there’s plenty of support for most of Wittes’ speculative targets, especially if you consult this year’s FISMA report from OMB. 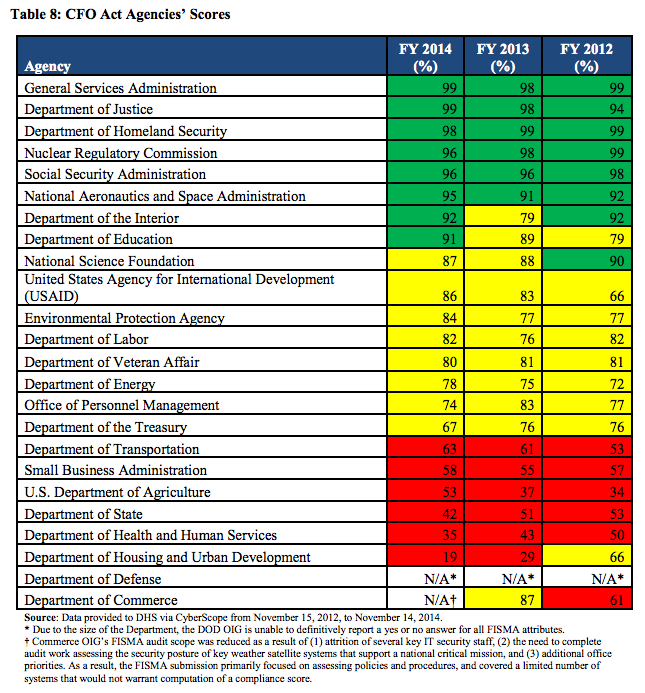 Several of the agencies — especially the State Department, but also especially Commerce — rated very poorly in OMB’s summary of the Inspector Generals reviews from last year.

I’d add two agencies to Wittes’ list: USDA (China has allegedly been stealing seed corn, so why not Ag records?) and Treasury generally (though in some other areas Treasury is pretty good, and it has mostly been “hacked” via old style means — including PII “spillage” — of late).

This list is particularly notable, however, given that the debate over CISA is about to start again. Both Treasury and Commerce are among the agencies that get automatic updates of the data turned over under the law. But their security is, in some ways, even worse than OPM’s.

Update: Paul Rosenzweig takes a shot. He picks CFIUS, NRC, FERC, state license DBs, and university research. There is some correlation with weak agencies there, too.