FDL: Looking At Things As They Were; Dreaming Of Things That Never Would Be 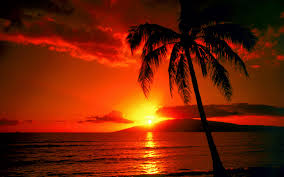 There are multiple better voices here to address the apparent demise of Firedoglake, whether briefly or at length. I was, in a way, an interloper by chance. By fortune, actually. Because I was asked, for inexplicable reasons I will never fully understand, but will always treasure, to join Emptywheel when it morphed from The Last Hurrah into the Emptywheel blog at Firedoglake. Yes, I had been a decent contributor to both Next Hurrah, and, often, FDL, but still it was a bit of a shock when it came.

I can honestly say I, as a result, encountered some of the finest and most genuine people in my life. That happened because of FDL, both as to the lifetime friendships with people that are here with us, including, most notably, Marcy, and all the others. Marcy, Rayne, Jim White, Ed Walker, Rosalind….and, please, let us not forget Mary and some of the others no longer here. All that came, at least for me, out of seeing Scooter Libby coverage early on nearly a decade ago. At FDL.

This medium may be digital, but it has wings and real life beyond the URL’s and binary code or whatever. The people I have met and interacted with as a result of being around FDL were, with little exception, remarkable, intelligent, wonderful and I think the world has been made better by them.

So, to Jane Hamsher, Christy Hardin Smith, Siun, Pachacutec, Richard Taylor, Karl, Suzanne, Bev Wright (Bev and Book Salon was one of the most awesome things ever), Ellie, each and every one of the fantastic moderators who were the ones who kept the enterprise really alive for so long, and a host of others that allowed me to participate with them, thank you. There are too many to list, and I love one and all. You will all be missed, and I apologize to the too many other friends I met there and have not listed. You know who you are, and thank you.

I am starting to see eulogies all over the web, and most are quite decent. FDL was right, and early so, about the rule of law, the Cheney Administration, torture, surveillance, marriage equality and ACA/Obamacare, just to name a few of the plethora of topics breached on her pages. The voices have not died, but, now, the common enterprise has.

I will leave it to others to say where exactly FDL fits into the hierarchy and history of the blogosphere, but it was certainly up there. Thanks, and vaya con dios FDL.

Update, from emptywheel: bmaz forgot to mention DDay, but I’m certain it was an oversight.