Earlier this week, I noted that of the seven agencies that would automatically get cybersecurity data shared under the Cyber Information Sharing Act, several had similar or even worse cyberpreparedness than the Office of Personnel Management, from which China stole entire databases of information on our cleared personnel.

To make that argument, I used data from the FISMA report released in February. Since then — or rather, since the revelation of the OPM hack — the Administration has been pushing a “30 day sprint” to try to close the gaping holes in our security.

And there have been significant results (though note, the 30 day sprint turned into a 60 day middle distance run), particularly from OPM, Interior (which hosted OPM’s databases), and — two of those CISA data sharing agencies — DHS and Treasury. 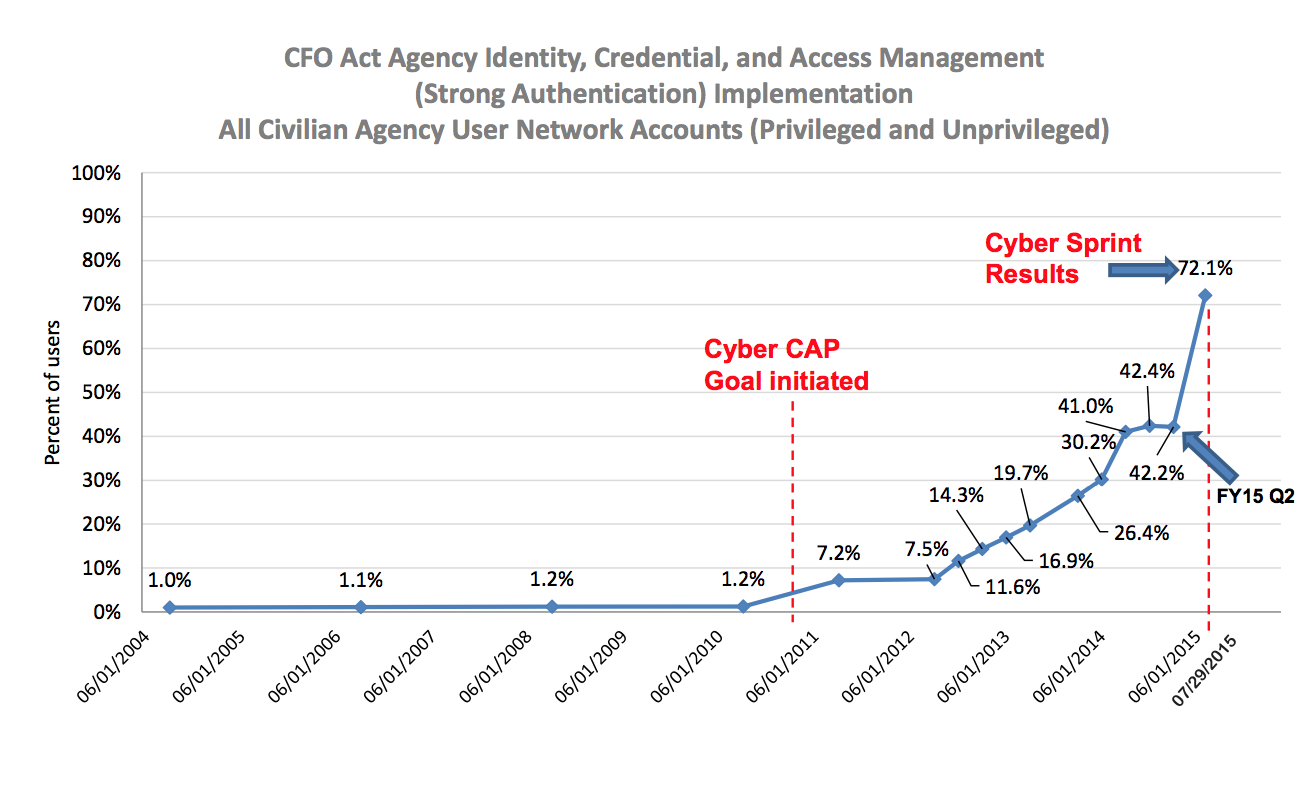 Whoa! Check out that spike! Congratulations to those who worked hard to make this improvement.

But when you look at the underlying data, things aren’t so rosy. 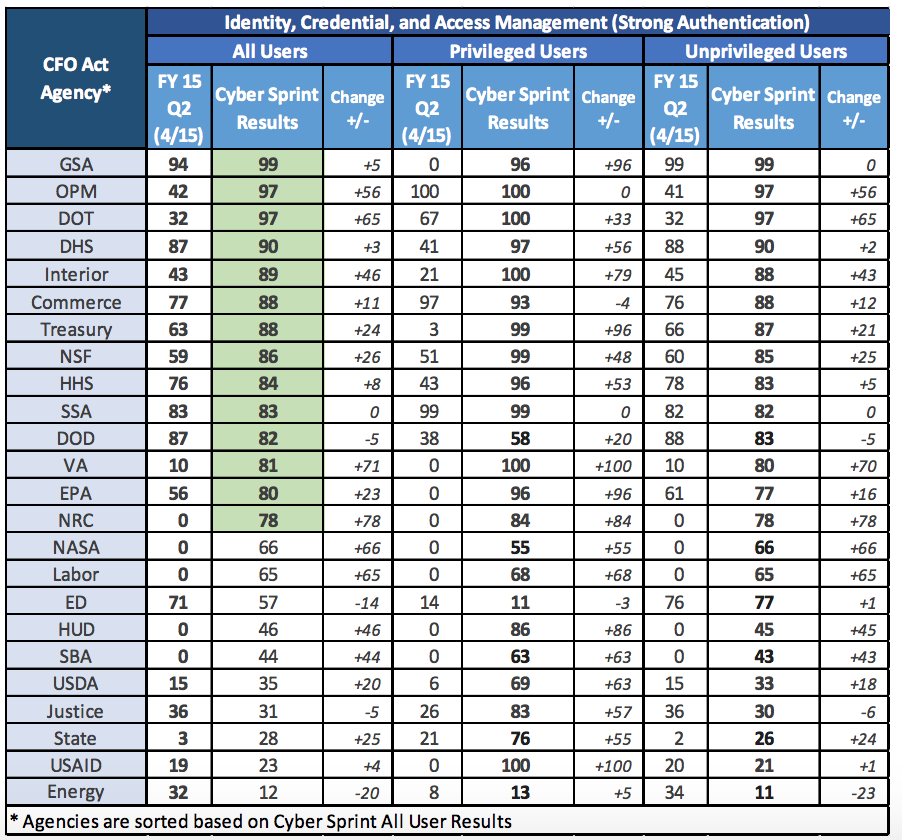 DOJ (at least FBI and probably through them other parts of DOJ will receive this CISA information), too, backslid overall, though with a huge improvement for privileged users. And Commerce (another CISA recipient agency) also had a small regression for privileged users.

There may be explanations for this, such as that someone is being moved from a less effective two-factor program to a better one.

But it does trouble me that an agency as central to our national security as Department of Energy is regressing even during a period of concerted focus.