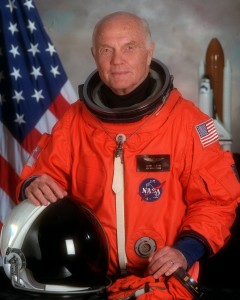 A few weeks back, I noted that Office of Legal Counsel had finally released its opinion on whether DOJ had to share everything its Inspector General requested, or could hold things (and investigations) up until the Deputy Attorney General decided such disclosure would be in the interest of DOJ.

OLC ruled against the Inspector General, finding that rules limiting dissemination of wiretap, grand jury, and financial data required DOJ’s preferred arrangement, even given Congress’ recent appropriations instructions to give Inspectors General what they need.

Senators Chuck Grassley and Ron Johnson and Congressmen Bob Goodlatte and John Conyers expressed concern about the opinion when it was released. Grassley now has a hearing — titled “‘All’ Means All: The Justice Department’s Failure to Comply with Its Legal Obligation to Ensure Inspector General Access to All Records Needed for Independent Oversight” — tomorrow to address the issue.

In anticipation of that hearing, the Inspectors General have brought out the big guns.

First, retired Senator and space hero wrote a letter, reminding that the intent when he and others in Congress passed the Inspector General act in 1978, they intended IGs to get access to everything.

The success of the IG Act is rooted in the principles on which the Act is grounded–independence, direct reporting to Congress, dedicated staff and resources, unrestricted access to agency records, subpoena power, special protections for agency employees who cooperate with the IG, and the ability to refer criminal matters to the Department of Justice without clearing such referrals through the agency. We considered these safeguards to be vital when we developed the Act and they remain essential today.

In addition, yesterday the Council of the Inspectors General on Integrity and Efficiency sent a letter to Ron Johnson, Tom Carper, Jason Chaffetz, and Elijah Cummings asking for immediate legislation to fix the problem created by the OLC memo. In addition to expressing concern about the impact of the memo for DOJ’s Inspector General (that IG, Michael Horowitz, is Chair of CIGIE, so that’s sort of him reiterating his concerns), the other agency IG’s worried that the memo might affect their ability to conduct their own work, as well.

The OLC opinion’s restrictive reading of the IG Act represents a potentially serious challenge to the authority of every Inspector General and our collective ability to conduct our work thoroughly, independently, and in a timely manner. Our concern is that, as a result of the OLC opinion, agencies other than DOJ may likewise withhold crucial records from their Inspectors General, adversely impacting their work. Even absent this opinion, agencies such as the Peace Corps and the U.S. Chemical Safety and Hazard Investigation Board (CSB) have restricted or denied their OIGs access to agency records on claims of common law privileges or assertions that other laws prohibit access.

Uncertainty about the legal authority of Inspectors General to access all information in an agency’s possession could also negatively affect interactions between the staffs of the Offices of Inspector General and the agencies they oversee. Prior to this opinion, agency personnel could be confident, given the clear language of Section 6(a) of the IG Act, that they were required to and should share information openly with Inspector General staff, and typically they did so without reservation or delay. This led to increased candor during interviews, greater efficiency of investigations and other reviews, and earlier and more effective detection and resolution of waste, fraud, and abuse within Federal agencies. We are concerned that witnesses and other agency personnel, faced with uncertainty regarding the applicability of the OLC opinion to other records and situations, may now be less forthcoming and fearful of being accused of improperly divulging information. Such a shift in mindset also could deter whistleblowers from directly providing information about waste, fraud, abuse, or mismanagement to Inspectors General because of concern that the agency may later claim that the disclosure was improper and use that decision to retaliate against the whistleblower.

Neither FBI Director Jim Comey nor Deputy Attorney General Sally Yates are appearing at tomorrow’s hearing. FBI Associate Deputy Director Kevin Perkins and Associate Deputy Attorney General Carlos Uriarte have pulled the unpleasant duty of appearing on a panel with Horowitz. But I imagine Grassley intends tomorrow’s hearing to be rather aggressive.