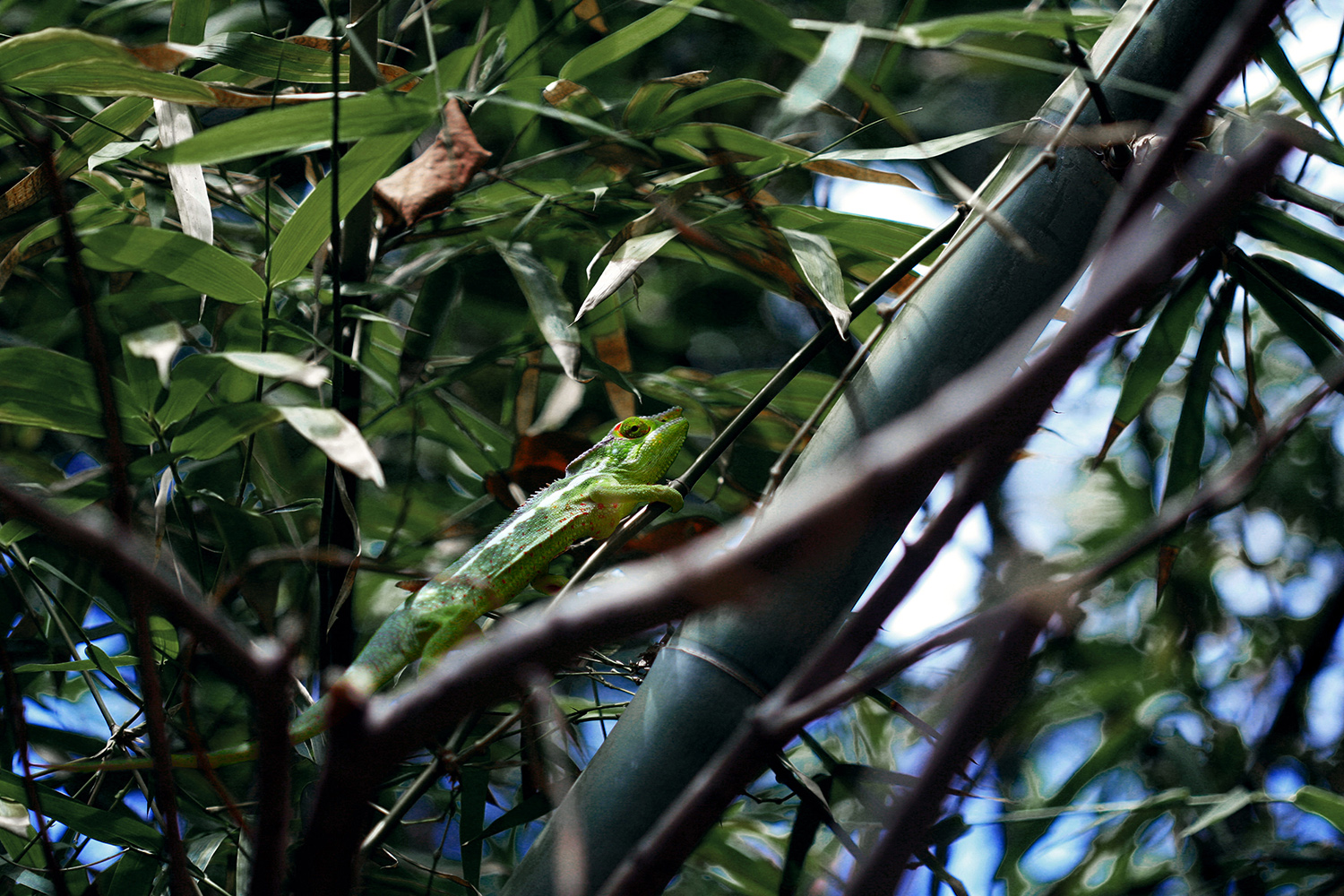 I really don’t want to get bogged down in the Hillary email story. But given the ongoing discussions about whether claims she used the personal server to avoid oversight have merit, I did two more things. First, I did this timeline. Without going into too much detail, there are decisions made after requests for emails that suggest avoiding oversight was driving some of this. That’s especially true given the conflicting stories from Paul Combetta pertaining to his actions in late 2014 and March 2015; he ended up deleting Hillary’s emails after being informed of the House Oversight request for them. He may have only revealed that with an immunity deal.

The other detail I want to focus on is the number of devices Hillary had. Hillary defenders often point to her claim that she used the Blackberry for convenience to claim she surely wasn’t avoiding oversight. But I think the FBI report shows that she had three devices, not just one.

Most of the attention on the number of her devices focuses on the fact that she had 13 serial BBs, none of which were handed over to the FBI (instead of her actual BBs,, Williams & Connolly turned over two other BBs, though without SIM or SD cards).

It is true that her 13 BBs were used serially, not at once, which makes Hillary Clinton just like Tom Brady in her serial use of phones: she’s just a famous person who likes to swap out her phones all the time. The difference being that Tom Brady was told he didn’t need to keep his phone, whereas Hillary was under record-keeping obligations even before any investigation started. And Brady at least had had his comms reviewed by lawyers before he deleted his phone.

But it’s not the 13 BB detail that poses problems to Hillary’s single device claim. It’s this passage. 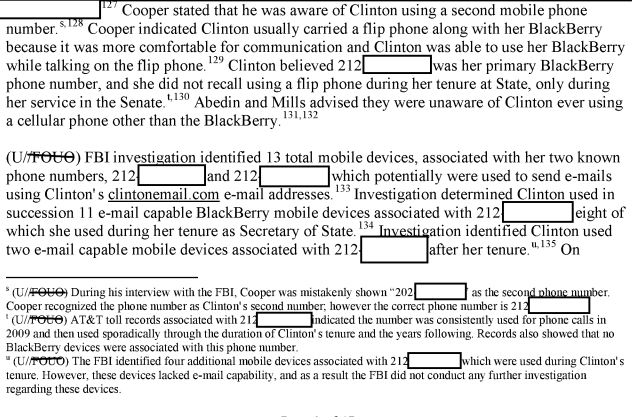 Justin Cooper, the Bill Clinton staffer who ran much of the tech in the Chappaqua basement, says that Hillary used both a Blackberry and a flip phone for calls. Huma Abedin and Cheryl Mills dispute that, though in terms that leave some wiggle room (curiously, FBI apparently didn’t ask Monica Hanley, who bought all of Hillary’s Blackberries). There were 2 phone numbers Hillary used, the latter of which only became the Blackberry number after her tenure as SoS. But footnote 8 reveals that there were 4 mobile devices that used what appears to be the second number during her tenure as SoS. This seems to indicate that Cooper is right: Hillary had both an email phone and a series of 4 telephony phones, the latter of which were not email capable.

Then there’s the passage on page 9 that shows there were also 5 iPads that were potentially used for emails, 3 of which were turned over to the FBI (indeed, one of them actually had draft emails from 2012). This suggests that at least during 2012, Hillary had still another device: 3 devices, not 1. She may not have used the iPads for email throughout her tenure, but she did, apparently, use them in some sense.

Finally, there are two more mysterious devices that aren’t accounted for: a personally-owned computer in both of Hillary’s 2 household SCIFs. Amid the discussion of those SCIFs (including the detail that both were not secure at times, which undermines claims that her only SCIF violation was bringing her BB just inside the State SCIF) is this detail.

According to Abedin, Cooper, and [redacted] there were personally-owned desktop computers in the SCIFs in Whitehaven and Chappaqua. Conversely, Clinton stated to the FBI she did not have a computer of any kind of the SCIFs in her residences. According to Abedin and Clinton, she did not use a computer, and she primarily used her BlackBerry or iPad for checking e-mails.

There is admittedly another conflict in the testimony here, between every aide asked and Hillary, but given that even Abedin and Hillary’s [redacted] staffer say there were personally-owned computers in the SCIFs, I tend to believe it.

But Abedin says Hillary didn’t use them, and I sort of believe that too. But that raises questions about 1) why personally-owned computers were in the SCIF in the first place, which is surely also a violation of SCIF rules, especially if Hillary didn’t use them, but also 2) who was using them. The passage also makes it clear Hillary’s aides had access to the SCIF so perhaps they were?

In any case, we can’t be certain given the redactions and conflicting testimony, but according to my count, Hillary probably had three parallel devices during her tenure as Secretary of State: her BB, a flip phone, and an iPad (the latter of which may or may not have been regularly used for comms, though it was at least briefly in 2012), as well as two SCIF desktops that she personally didn’t use.