Are You Ready For Some Football? Week One Trash Talk 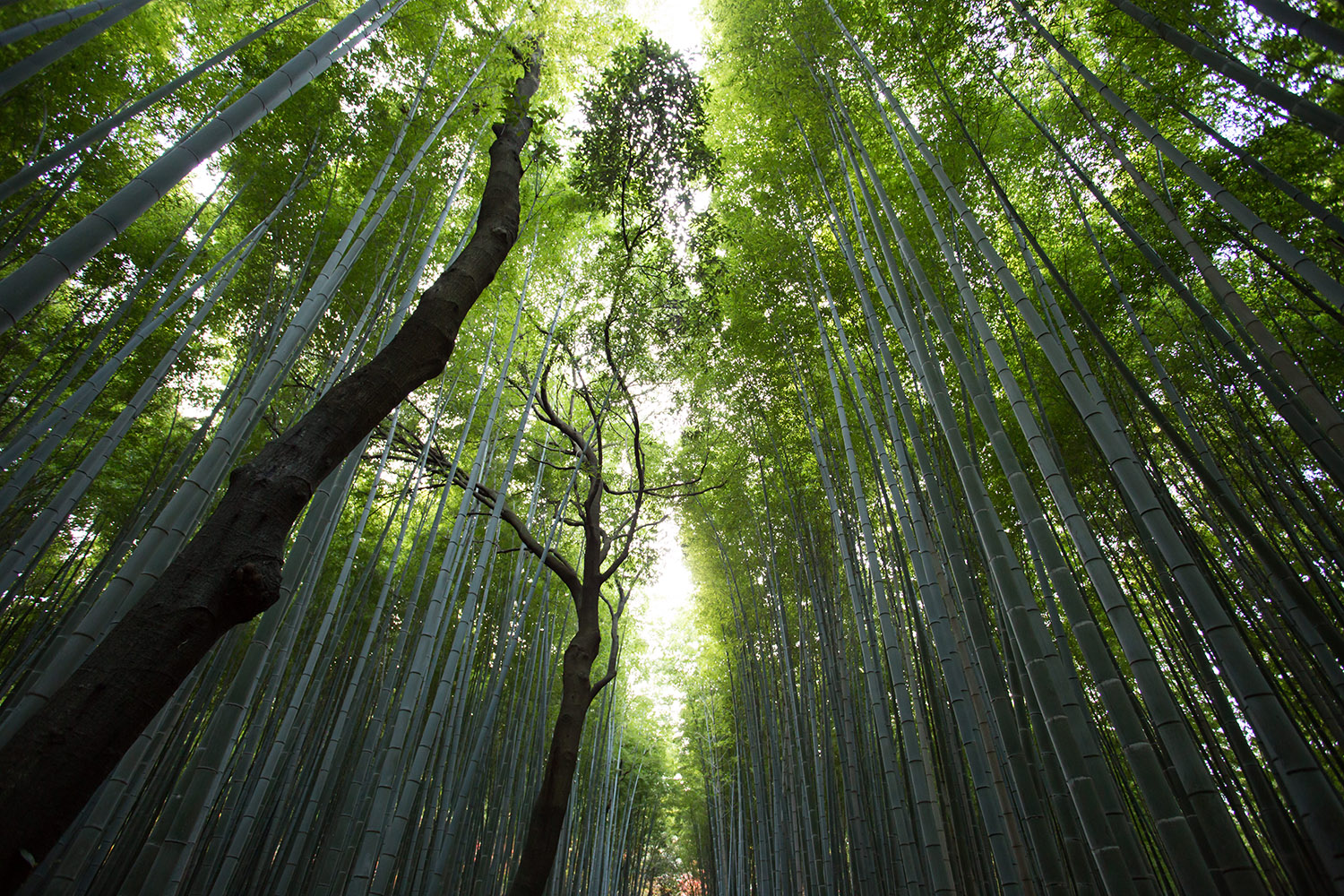 We may have started Trash Talk last weekend because of college football, but we start it in earnest this weekend because not only are the student athletes back in action, the NFL regular season is officially underway.

Now, before getting to the games, let’s talk about the so called “student athletes” for a moment. The Charleston Southern Buccaneers are a small school playing football in the lower NCAA Division 1 tier. Today they play a non-conference game against nationally third ranked Florida State in Doak Campbell Stadium in Tallahassee. On television. Maybe the biggest game setting the players at tiny Charleston Southern will ever experience. Except not all of the student athletes will get that chance, because the NCAA, as led by Mark Emmert, are usurious assholes, and the administrators at Charleston Southern are worthless idiots. 14 of the Buccaneers are suspended.

You see, mistakes were made. From USA Today:

Fourteen football players for Charleston Southern have been suspended for the school’s game against No. 3 Florida State on Saturday.

The punishments announced by the school Friday are part of NCAA violations involving 32 players in the program related to book purchases. Each player is serving a one-game suspension with the school staggering the penalties across multiple games. During Charleston Southern’s first two games,16 players serve their punishment. Two additional players will serve their suspensions at a later date.

What heinous crimes did these pirates engage in? Rape? Murder? No, those are crimes that Florida State Seminoles routinely engage in and get away with. Charleston Southern players don’t get that kind of coddling. These Bucs – gasp! – bought some school supplies at the campus bookstore. Buccaneer player Ben Robinson explained it thusly:

“So basically about 30+ players on my team including me have been suspended for using book money to buy other things in the book store like pencils, binders, and electronics, out of our school bookstore. We would have left over book money and the workers in the bookstore advised us to spend the money because we would not get it back, so we did. Now the school and NCAA are saying that is against the rules. So we all have to pay a fine and sit out a game. About 30mins before practice started I was given the option of sitting out this week against FSU or next game against a conference opponent.”

Thats right, the players used scholarship money placed on their accounts at the school bookstore to buy pencils, binders, lab books and other items necessary to attend class. BECAUSE THE COLLEGE EMPLOYEES TOLD THEM TO. And now they are being punished for it. Not the college administrators that failed to guide them, the players that did what they were told.

This is shameful and unjust. The fact that a pompous jackass like Mark Emmert and the worthies at the NCAA allow this to occur is reprehensible. The further fact that the administration at Charleston Southern appears to have blithely accepted this bogus punishment without fighting tooth and nail, loudly and publicly, for their students is despicable. Nobody would even know about this atrocity if Robinson and a couple of other players not have discussed it on their social media. The Charleston Southern Buccaneer players have now been punished as much, if not more, for buying necessary school supplies than Jameis Winston was for raping Erica Kinsman. What a pathetic joke Emmert and the NCAA are.

As for the actual games this week in the NCAA, the schedule is a little thin. Last week had ridiculously great matchups and exciting games, given that it was just the first week. Wow, that was fun. Not this week though. There are no ranked matchups, and, really, few even interesting games. Penn State at Pitt may be okay. The two best bets are probably out west, where high scoring Texas Tech comes here to Tempe to face the Sun Devils. The game may be in Sun Devil Stadium, but I am not sure ASU can keep up with the Red Raiders in a shootout. And Todd Graham’s gambling blitz all the time defense is pathetic. Devils are 2.5 point favorites, but I wouldn’t take that bet, I think Klif Kinsgbury’s boys leave with at least a double digit win. BYU at Utah could also be interesting.

But the pros are another thing. The NFL is already rocking and rolling with Thursday night’s barnburner at Mile High between Denver and Carolina. Speaking of sick, it is hard to fathom how Goodell and the NFL can claim to be so concerned with player concussions and let Cam Newton blithely continue playing dazed and confused as he was Thursday. So, the money grubbing craven nature of the NFL is unchanged.

Probably the best game of week one is the Patriots here in Phoenix Sunday night to face Larry Fitzgerald, Pat Peterson, Honey Badger and the Cards. Jimmy Garoppolo will be at the controls instead of Brady, who was of course screwed by the petty lying ass dishonest Roger Goodell because the duplicitous morons at the NFL can’t understand the laws of physics. But not just Brady will be be missing against the Cards, so too will Gronk and starting offensive tackles Nate Solder and Jonathan Cooper, who are all also out. As in didn’t even make the trip with the team. So, this means a Cards win at home, right? Nope, not going there, the Pats still have Bill Bel you know. Game is NBC’s Sunday Night entry, and should be a great one.

The Steelers at Skins on Monday Night should be excellent. I may be in the minority, but I don’t think Kirk Cousins and Washington were a fluke last year. They are finally letting professional football people run the ship instead of Dan Snyder, and it is paying off. Big Ben and the Steelers are, as always, formidable though. I rate it as a pick em. Giants at Cowboys also seems kind of interesting, if for no other reason than to see how Dak Prescott does in a real game. Kid seriously tore up the preseason, and Trent Dilfer is all over ESPN saying Tony Romo will never get his job back. I’m not buying that in the least, Jerry Jones loves Romo, but am excited to see Prescott.

The Raiders at Saints might also be of interest. Saints are always tough at home in the dome, but it just feels like the Rayduhs are a better team now. Packers at Jags should also be good. Jacksonville is a team on the rise, but Aaron Rodgers is getting Jordy Nelson back, so I’ll take the Pack.

In a bit of hilarious news you can use, things got a little dicey last night on Long Island. There was a sushi chef fight! From the New York Post:

A knife fight broke out at a Long Island sushi restaurant Friday, with one angry chef nearly turning a rival into human sashimi.

The violence at the Ichiban Sushi restaurant on Montauk Highway in Oakdale left one of the kitchen combatants so sliced up, he had to be rushed to Southside Hospital. His injuries were not life threatening, police said.

Police busted Kong Chen for assault. It was not clear what caused tempuras to flare.

Well, that’s it for this week. Crack open a few cool ones and enjoy the games. This week’s music is via Aretha and Blue Lou Marini from the Blues Brothers.

Update: emptywheel here, sneaking in to show off what Tommy was doing while his team was beating the Cardinals. 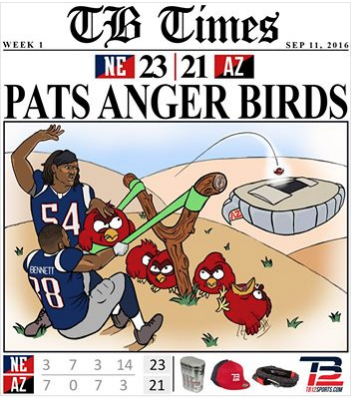