Why Is HPSCI’s Snowden Report So Inexcusably Shitty? 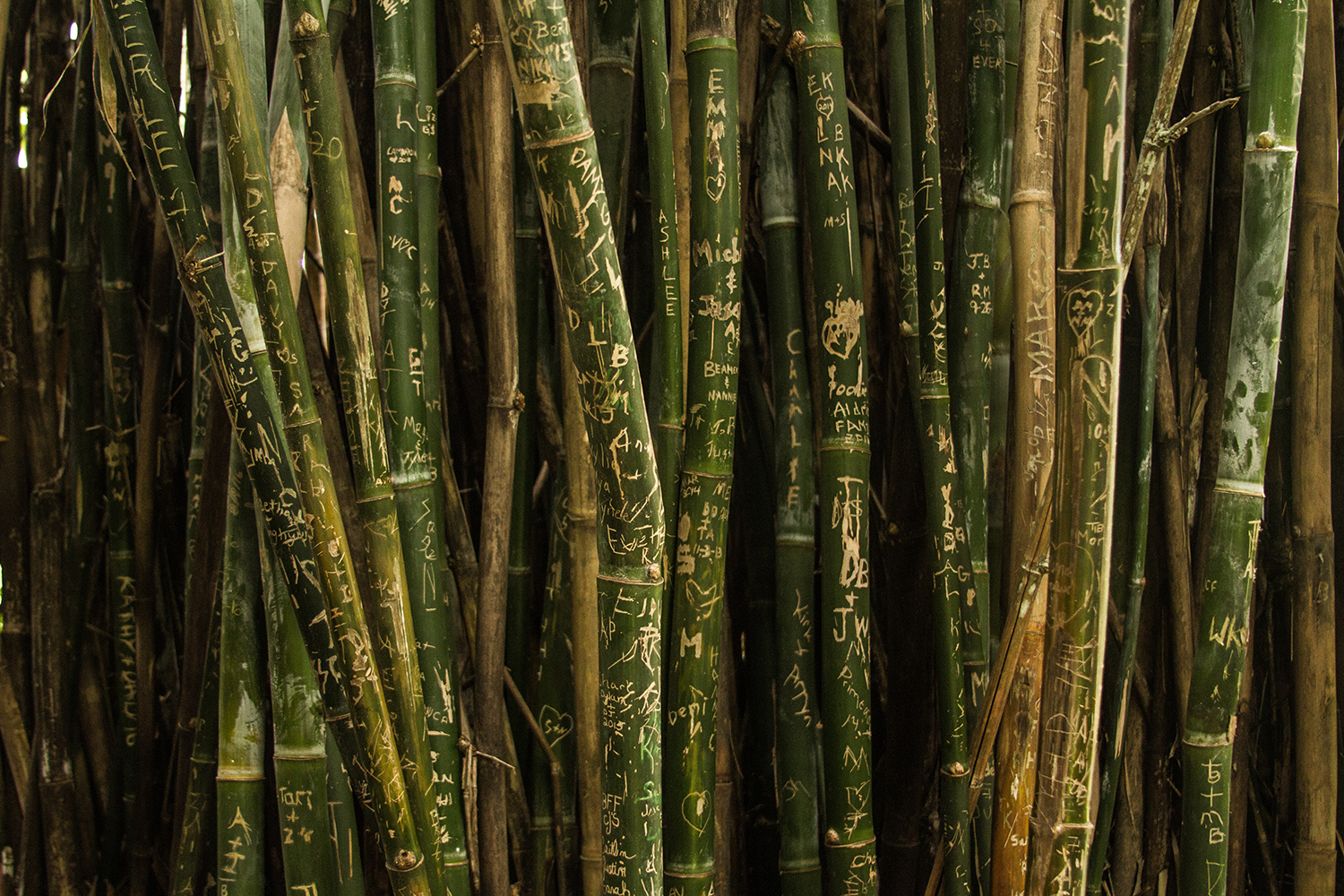 There’s now a growing list of things in the HPSCI report on Snowden that are either factually wrong, misleading, or spin.

One part of the spin the report admits itself: the committee assessed damage based on the 1.5 million documents Snowden touched — an approach the now discredited General Michael Flynn presented in briefings to the committee — rather than the far more limited set the Intelligence Community included in its damage assessment.

Over the past three years, the IC and the Department of Defense (DOD) have carried out separate reviews with differing methodologies of the damage Snowden caused. Out of an abundance of caution, DOD reviewed all 1.5 million documents Snowden removed. The IC, by contrast, has carried out a damage assessment for only a small subset of the documents. The Committee is concerned that the IC does not plan to assess the damage of the vast majority of documents Snowden removed.

Clearly, the IC wants a real assessment of the damage Snowden caused. HPSCI, however, appears to be interested in the most damning, which makes sense given that members of Congress actively solicited information they could use to damage Snowden.

Here are other problems with the report.

HPSCI claimed Snowden failed the Section 702 training. According to an email from the SIGINT Compliance Chief, Snowden did pass it (the Chief had not checked whether or not Snowden had really failed it).“He said he had failed it multiple times (I’d have to check with ADET on that). He did pass the course at some point.”

The claim Snowden didn’t pass the test stems from an email written a year after an exchange between him and a Compliance training person. The training person wrote the email in direct response to Snowden’s claims that he had “contacted N.S.A. oversight and compliance bodies.” While it may be true Snowden failed the test before he passed it, there are enough irregularities with the email claim and related story it should not be credited without backup. When we asked NSA for specific answers about that email in conjunction with this story, they flipped out and went nuclear and preemptively released all the emails rather than provide the very easy answers to validate the email story.

HPSCI claimed Snowden could have reported complaints to the committee, but HPSCI killed an effort to extend whistleblower protections to intelligence contractors in 2012.

Eddington and Steven Aftergood both suggest the shitty HPSCI report is good reason to embrace a set of reforms to improve HPSCI oversight.

But depending on the reason for the utter shittiness of the report, I think it might just warrant shutting the entire committee down and devolving oversight to real committees, like Judiciary, Homeland Security, and Armed Services. Remember, every single member of the committee, Democrat or Republican, signed this report. Every single one. For some reason, even fairly smart people like Adam Schiff and Jackie Speier signed off on something with inexcusable errors.

So I wanted to point to this passage on methodology.

The Committee’s review was careful not to disturb any criminal investigation or future prosecution of Snowden, who has remained in Russia since he fled there on June 23, 2013. Accordingly, the Committee did not interview individuals whom the Department of Justice identified as possible witnesses at Snowden’s trial, including Snowden himself, nor did the Committee request any matters that may have occurred before a grand jury. Instead, the IC provided the Committee with access to other individuals who possessed substantively similar knowledge as the possible witnesses. Similarly, rather than interview Snowden’s NSA coworkers and supervisors directly, Committee staff interviewed IC personnel who had reviewed reports of interviews with Snowden’s co-workers and supervisors.

So for this inexcusably shitty report, HPSCI did not interview:

HPSCI spent two years but didn’t interview any of the direct witnesses.

Now, as a threshold matter, the publicly released emails provide good reason to doubt the adequacy of this indirect reporting on Snowden’s colleagues. Here’s how the Chief of NSA’s CI Division backed the conclusion that Snowden never talked about concerns about NSA surveillance with his colleagues.

Our findings are that we have found no evidence in the interviews, email, or chats reviewed that support his claims. Some coworkers reported discussing the Constitution with Snowden, specifically his interpretation of the Constitution as black and white, and others reported discussing general privacy issues as it relates to the Internet. Not one mentioned that Snowden mentioned a specific NSA program that he had a problem with. Actually, many of the people interviewed affirmed that he never complained about any NSA program. We also did not have any reflection that he asked anyone how he should/could report perceived wrongdoing.

So colleagues — who would presumably be in great fear of association with Snowden, especially in interviews with NSA’s Counterintelligence people — nevertheless revealed that they discussed the Constitution (and Snowden’s black and white interpretation of it) and general privacy issues about the Internet. “Many” of the interviewees said he never complained about any NSA program, which raises questions about what those excluded from this “many” said.

But it appears that NSA’s CI investigators only considered mention of specific programs to be a complaint, not general discussions about privacy and the Constitution.

We should assume the interview reports back to HPSCI members and staffers were similarly scoped.

There’s another reason I’m interested in this methodology section. That’s the implication from Spencer Ackerman’s series on SSCI’s Torture Report that CIA successfully used the John Durham investigation to undermine the SSCI investigation.

In August 2009, US attorney general Eric Holder expanded the remit of the prosecutor looking at the tapes destruction, John Durham, to include the torture program, much as the Senate committee had. The justice department’s new mandate was not as broad as the Senate’s. It would only concern itself with torture that exceeded the boundaries set for the CIA by the Bush-era justice department. Still, for all of Obama’s emphasis on looking forward and not backward, now the CIA had to face its greatest fear since launching the torture program: possible prosecution.

Holder’s decision, ironically, would ultimately hinder the committee more than the CIA, and lead to a criticism that the agency would later use as a cudgel against the Senate.

Typically, when the justice department and congressional inquiries coincide, the two will communicate in order to deconflict their tasks and their access. In the case of the dual torture investigations, it should have been easy: Durham’s team accessed CIA documents in the exact same building that Jones’s team did.

But every effort Jones made to talk with Durham failed. “Even later, he refused to meet with us,” Jones said.

Through a spokesman, Durham, an assistant US attorney in Connecticut, declined to be interviewed for this story.

The lack of communication had serious consequences. Without Durham specifying who at CIA he did and did not need to interview, Jones could interview no one, as the CIA would not make available for congressional interview people potentially subject to criminal penalty. Jones could not even get Durham to confirm which agency officials prosecutors had no interest in interviewing. “Regrettably, that made it difficult for our committee to do interviews. So the judgment was, use the record,” said Wyden, the Oregon Democrat on the panel.

The CIA stopped compiling the Panetta Review in 2010 after Durham told Preston that CIA risked complicating any prosecution if it “made different judgments than the prosecutors had reached”, Charlie Savage reported in his 2015 book Power Wars.

Not only did CIA’s General Counsel Stephen Preston (who later served as DOD General Counsel from October 2013 until June 2015) use the Durham investigation to halt the CIA’s own internal investigation into the worthlessness of their torture, but it served as the excuse to withhold cooperation from SSCI. That, in turn, gave Republicans an excuse to disavow the report.

With the HPSCI report, an FBI investigation has again been used as an excuse to limit congressional oversight.

HPSCI’s failure to interview any of the relevant people directly is all the weirder given that there should be no problem for a witness to appear before both the grand jury and the committee. Certainly, House Oversight had no problem interviewing some of the subjects of the Hillary email investigation! And unlike the email investigation, with the Snowden one, few if any of the people who might serve as witnesses at any Snowden trial would be subjects of the investigation; they’d have no legal risk in also testifying to the committee. Snowden is the one at legal risk, and he has already been charged. And curiously, we’re hearing no squawking from Republicans about the necessity of direct interviews for the integrity of an investigation, like we heard with the Senate Torture Report.

And if we don’t get one, we should shut down the entire charade of post-Church Committee oversight committee.

I’m On The Lamb, But I Ain’t No Sheep Trash Talk What Happens When Visa Applicants Forget Their Old Social Media IDs?