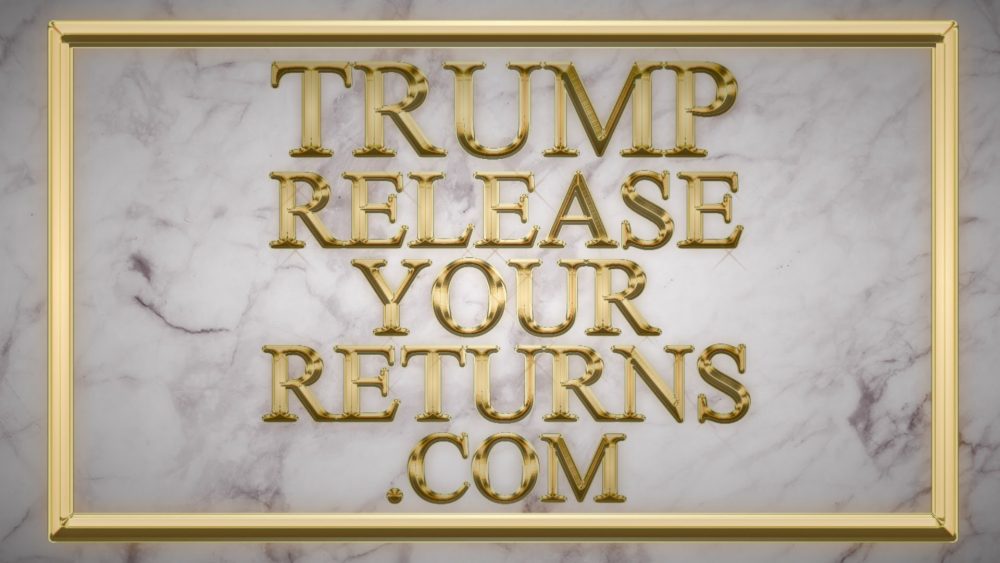 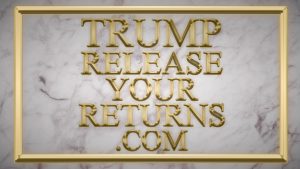 [Editor’s Note – this is a guest post by a friend of ours here at the Emptywheel Blog, Bob Lord. Bob is a longtime tax attorney with some very salient thoughts on Trump’s taxes, and lack of production thereof]

A lot has been said about Trump’s refusal to make his tax returns public. But despite the volume of commentary, it’s not clear the right questions even are being asked.

Trump claims he can’t release his returns because he’s under audit. At some level, that’s a legitimate concern. It would hardly be fair if thousands of tax professionals who oppose Trump politically helped the IRS by publishing their own analyses of the returns. Ultimately, however, it’s a phony excuse.

But rather than challenge the logic behind Trump’s refusal to release returns, a series of questions should be asked:

First, what tax years are under audit? Does it go back beyond 2012? If not, can the 2011 return be released? After all, the statute of limitations on the audit of that year has passed, so there’s no exposure to Trump by releasing that return. If not 2011, how about 2010?

Second, why haven’t the audit notices been released? An audit notice is a short, generic letter from the IRS stating that a taxpayer’s return has been selected for examination. There’s nothing so sensitive in such a generic notice that it could not be made public. At this point, Trump has not even offered up this most basic evidence that he is really even under audit. Why hasn’t proof been demanded?

Third, for the tax returns that are under audit, why can’t the first two pages be released? After all, those first two pages simultaneously contain the information most relevant to the public about a presidential candidate and contain no information that reveals the issues under audit. Although an audit ultimately impacts the numbers that appear on the first two pages of the return, it’s the schedules and other information that the IRS analyzes in an audit. For example, the first page of Trump’s return states the income or loss he received from partnerships and real estate investments, but it’s a schedule attached to the return, and the returns of the partnerships in which Trump is a partner, that contain the information the IRS would scrutinize in an audit.

Fifth, is the sensitivity of Trump’s IRS audit the only reason behind his refusal to release the returns? Is Trump also under audit by any other tax agency, such as New York State’s Department of Revenue?

These questions would force Trump to take one of two approaches: Either continue to evade or allow the exposure of an uncomfortable (and intuitively obvious) reality – that the sensitivity of his audit is not the real reason for his refusal to release his returns. In all likelihood, he’d take the first approach, probably claiming that his tax advisors have told him not to release any information publicly. But, again, that cannot explain his refusal to release returns up to 2011, for which the statute of limitations have all expired.

What is the real reason Trump does not want to release the returns, even the first two pages? It could be that there’s some embarrassing piece of information in there somewhere and Trump learned from Romney’s refusal to go beyond a limited release of his returns that eventually people forget about a candidate’s refusal to come clean. More likely, however, the problem he’s facing is his own lack of credibility. The tax return of a real estate magnate like Trump paints a very distorted picture. Income will vary wildly from one year to the next. Important items might be buried in the return of a partnership or corporation that can’t be released because of minority partners or shareholders. Taxpayers in Trump’s position tend to bunch their charitable contributions, making them in the years they provide the most tax benefit. Unfortunately for Trump, that practice could make him appear incredibly tight-fisted if his returns over too short a period are seen in isolation.

And that’s where Trump could be trapped by his own lack of credibility. It may well be that there’s a perfectly reasonable explanation for whatever Trump would prefer not to be out there for public comment. Trump’s problem is that if the explanation comes from him, nobody will believe it. And he knows it.

At a minimum, however, the above critical questions must be asked. Even if Trump has to explain a few items on his returns, that is no greater fear or burden than every other previous Presidential candidate has faced. Certainly Trump may have varied financial interests, including charitable trusts. But so have other candidates before, including Hillary Clinton this election, and all have engaged in public transparency but for Trump.

Hopefully the press, including the debate moderators, will force Mr. Trump to answer these basic questions.