The Same Month CBP Missed Tamerlan Tsarnaev, It Was Ramping Up Searches for “Good” Guys

One of the most notable failures to prevent a terrorist attack in recent years involves Tamerlan Tsarnaev. After the Russians alerted us he was engaging with radical elements, he flew to Chechnya in January 2012. In spite of an alert set to identify him, Customers and Border Protection did not stop him either going out or coming back from Russia.

As the Inspector General report on the attack explains, though CBP had probably been properly alerted he was a concern, Tsarnaev was not interviewed on the way out of the country because there were higher priority passengers.

On Tsarnaev’s way back into the country, CBP would have gotten an alert from Aeroflot, but that alert did not come up on CBP’s display status.

A recent story from the Intercept reveals that one of the things that may have been a higher priority than interviewing Tsarnaev was interviewing “good” guys.

In years leading up to the attack on the Boston Marathon CBP started working with the FBI to identify potential informants through CBP interviews. Reports describe how this involved a shift in perspective, from an enforcement perspective focused on “looking for the ‘bad guys’,” to an intelligence perspective focused on “looking for the ‘good guys'” who might be willing to trade information about their community for immigration benefits. 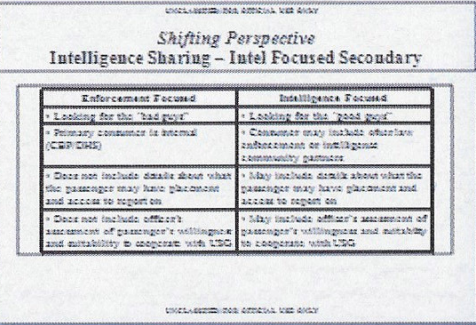 It worked this way: CBP would provide a 3-day passenger list to the FBI, the FBI would find anyone of interest, and then CBP would screen them to determine whether they had access to sources and willingness to serve as an informant. 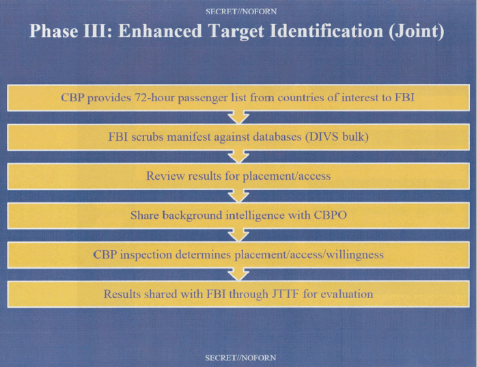 The documents the Intercept released pertain only to Boston’s Logan Airport, Buffalo, and Rochester; curiously, at least Buffalo seems to coordinate primarily with Boston. So they don’t describe how this program got rolled out at JFK, through which Tsarnaev flew. But in Boston, at least, there was a big spike in the number of CBP inspections conducted in January 2012, the very month Tsarnaev flew out.

Was CBP so busy looking for informants it missed someone the Russians had IDed (correctly) as a terrorist?