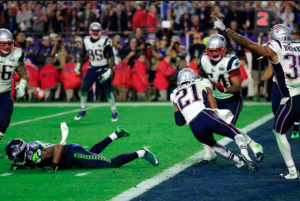 Well here we are in the fifth day past the stunning election. That maybe was not that stunning at all. I don’t necessarily have anything to add at this point. Success has many fathers, and failure is an orphan. Right now there are a lot of fathers jockeying for power around Trump, and a hell of a lot of orphans pointing fingers about around the Clinton campaign and Democratic party. Well, that should go on for a while I guess.

But enough of that rot, let’s take a look at the sporting world:

As I write this, the Brazilian Grand Prix has just started on NBCSN. It is quite wet at Autodromo Interlagos, and the field started behind the safety car. Which is pitiful. F1 should either race in the wet (what they always used to do) or stop. Circling the track behind a safety car is asinine. Key race though for Lewis Hamilton, who is trying to close the championship gap to Nico Rosberg. One of these two men will be champion, Nico if he wins today, and, likely the winner of Abu Dhabi, the last race of the season. next week, if not.

A bunch of top ten teams lost in college football, including Michigan to Iowa and Clemson to Pitt. Didn’t see those coming, though Clemson has been flaky occasionally this year.

In the pros this week, the obvious marquee game is the Squawks at the Pats in Foxborough. Pats are healthy and even get fleet running back Dion Lewis back, though probably in a limited role. Russell Wilson still seems hobbled for running purposes, but is leading the offense well. Dallas at Pittsburgh should be interesting. Dak Prescott still pulling the trigger for the Boys, but is a question as to the Steelers. I expect Big Ben, but we shall see.

Denver at the Saints seems like it may be good. Saints are actually playing well lately, and they can score points. Can the Broncos and Trevor Siemian score enough to hang? After last week, it is suddenly a good question. Vikings at Skins is interesting to see only as to whether Minnesota can stop its slide. The knee jerk is to say the Vikings and their defense are the better team, but I’ll take Washington. Packers at Titans has the same morbid curiosity – Green Bay has looked horrid, can they get a grip again? Tennessee is still not very good, but they are improving. We shall see.

Music today is Sunday Mornin Comin Down. The song was really penned by Kris Kristofferson, but the Man in Black version by John Cash seemed more appropriate.

About that Russian Hacker Story The Blame the Media Movement