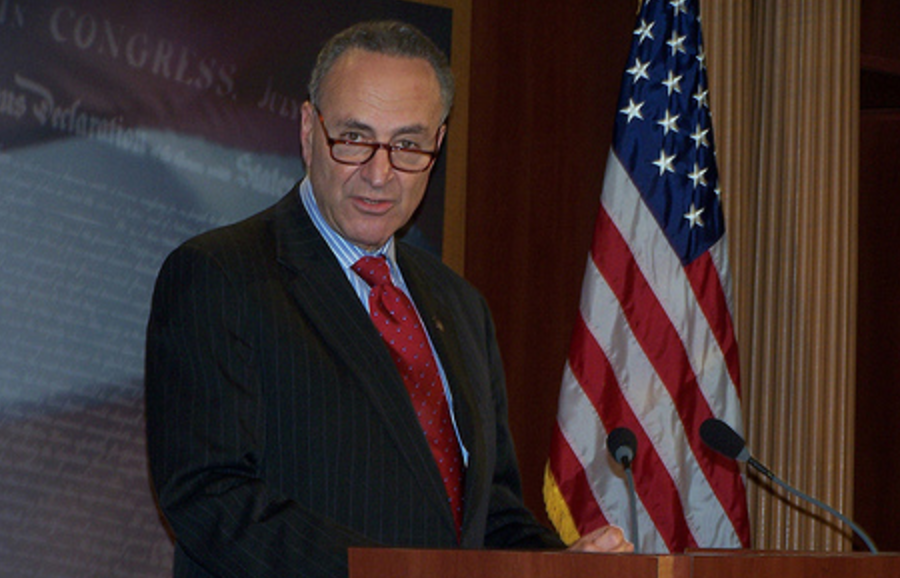 While protecting classified material, we have an obligation to inform the public about the recent cyberattacks that have cut to the heart of our free society. Democrats and Republicans must work together, and across the jurisdictional lines of Congress, to examine these recent thoroughly and devise comprehensive solutions to deter and defend against further cyberattacks.

If you don’t look too closely, it appears to be a mature promise that the Senate will work in nonpartisan fashion to defend the nation.

But let’s look closely, shall we?

First, note who is on the statement: the rising Minority Leader, the Chair and Ranking Member of the Senate Armed Services Committee, and … some other guy. Lindsey Graham here is just filling in for the guy who should be on the statement if this were really bipartisan, Mitch McConnell. Furthermore, while it’s great the leaders of the SASC agree on this front, they only have partial jurisdiction over NSA, and none over FBI or CIA, the agencies having a public spat over this. Richard Burr, whose committee does have jurisdiction over the CIA and over counterintelligence (and who often avoids doing any oversight by invoking classification), is also conspicuously absent.

In other words, it’s not so much a statement of bipartisanship, as an effort to pressure those who should be on the statement to join in.

It’s also not a statement with enough GOP signers — three is the new magic number, absent Trump convincing Joe Manchin or Heidi Heitkamp to give up their seat for a cabinet post, in which case it will be four — to be able to sway votes in the Senate.

The statement suggests Congress has been working hard to protect cybersecurity. They must be doing so in secret, because the main thing they’ve done recently is pass a law immunizing corporations for sharing information.

Ah well. It’s a start. Schumer is very effective at making bold statements, and if that puts some heat on Mitch McConnell, so be it.