Tell The Truth: Who’s Been Bullying Who 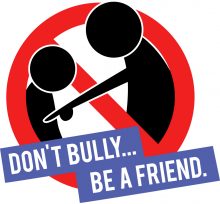 The internet is a strange, yet consummately wonderful place. It allows for a feed from thought leaders and journalists, and with a new age real time speed emphasis, with the ability of other, and different on a granular level, voices to respond. It is a wonderful, even if still difficult, medium of interaction. Twitter is the epitome of it all.

Some will say Facebook, but I think Twitter is a far better avatar, especially for those that really think about hard news, current events and some sort of equilibrium of differing political discourse. Is it a little rough, unfiltered and harsh because of the proverbial 140 character limit? Sure. Absolutely. You hope that the friends you make are equal to the knowledge you take, whether you agree or disagree at any given point in time.

And then comes a day where a small fish gets accused of “bullying” by far bigger fishes. As if simple political and moral distinctions and views are “bullying” or otherwise unconscionable among people that have been agreeing and disagreeing/parrying with and against one another for give or take a decade.

Instead, I was always taught to go into a forum, argue like hell for what you think you must and/or right, and then go have a cocktail with your adversary, or at least shake hands and walk off with the understanding there are two sides to any legitimate argument. And, I will be honest, the “fight like hell” part is always job one. Indeed, criminal defense attorneys are schooled to zealously do just that.

So, recently, I was accused of “bullying”. By a friend with a perch several exponents above mine. I tried to explain. I apologized. And I got nothing in response but for the initial intellectual scorn and accusation that I was “bullying” the big fish.

But for the sadness, both on a personal and interpersonal plane, and greater intellectual one, I might laugh instead of cry. But I cannot. I will not.

The times are severe. The moment is critical. Let us all rise above this type of impertinent interaction. You can still respect and admire people you occasionally have real and very hard differences with. And you can talk to them. Both sides will be all the better for that discourse.

Trying times, civil rights, equality of justice, and the American experiment itself, depend on all of us.

[If you didn’t know, that was not just Slow Clapton in the video but also the one and only Yvonne Elliman too. She is, and always has been, special.]