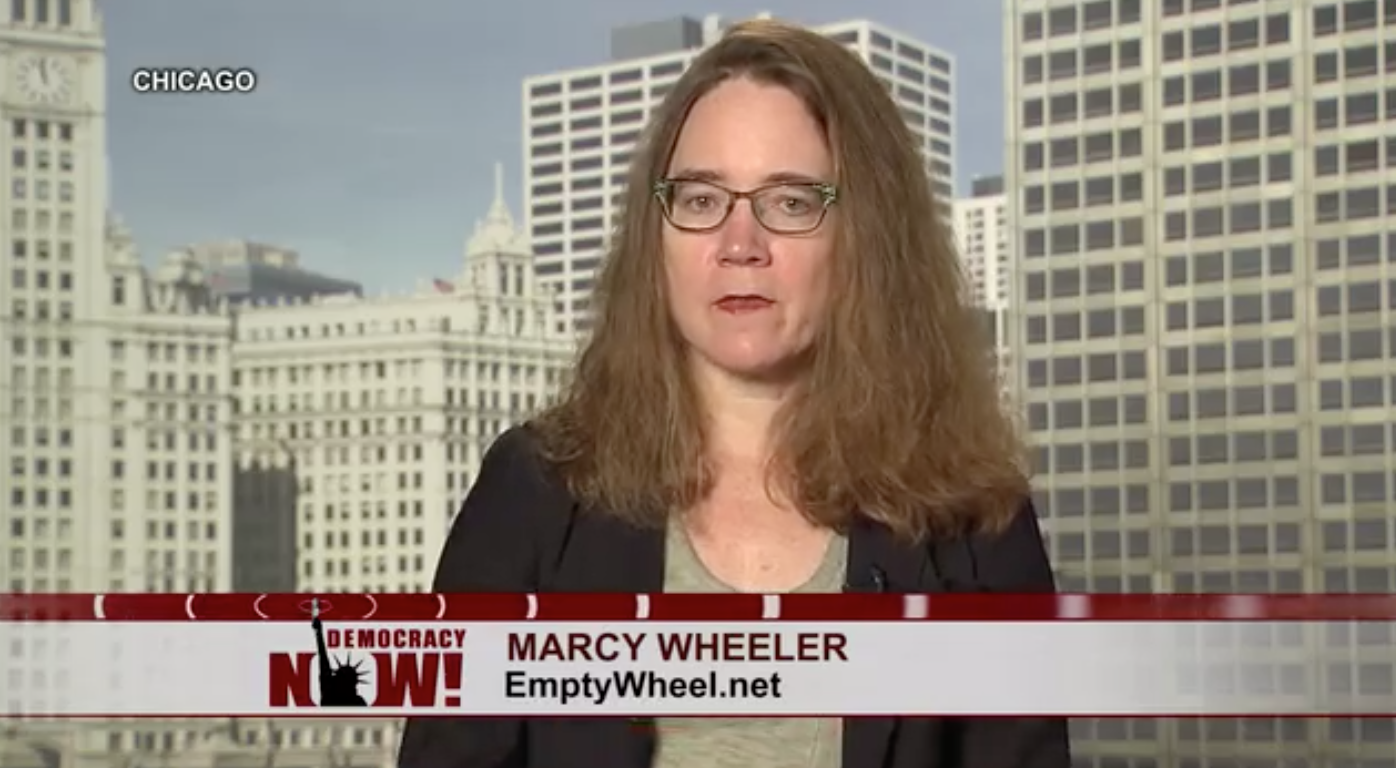 Amid a crazy week traveling, I kept getting asked to do TV, in one case extending a short airport transfer in Chicago overnight to appear on Democracy Now. I thought I’d share today’s interviews.

To explain the Beeb clip above: I have a history of totally bolloxing the time difference in Chicago. So I thought I had another hour to get myself safely ensconced someplace quiet at O’Hare. Instead, they texted me and said I had 5 minutes while I was on the El heading out to O’Hare. So I jumped off at the next stop, huddled down in a shelter and did the interview sitting on the platform. The Beeb did a tremendous job editing out the train and highway noise–I could barely hear myself speak.

Then there’s this Democracy Now interview, which was a comedy of errors in its own way (if one of you wants to walk me through buying my own TV interview earpiece, I’d appreciate the help). I think the interview was good; it’s always a treat to be on with Amy Goodman. But I wanted to call attention to this part of the interview.

MARCY WHEELER: Right. So, this is not Ken Starr. For those of you old enough to remember, Ken Starr was investigating everything and everywhere and couldn’t be fired. And that—the law that authorized such investigations was ended, on the logic that they encouraged kind of wide—they encouraged investigators to keep investigating until they found anything, such as the consensual relationship between Clinton and Monica Lewinsky.

You can too teach an old dog new tricks!

One more note: the lack of make-up in these was not my fault. I thought I was adulting plenty by bringing a jacket with me just in case I had to go adulting somewhere, so I was reasonably okay for the Democracy Now interview. But I didn’t have makeup with me because … why?

Update: Adding a link to the Intercepted podcast I was on with Jeremy Scahill and Glenn Greenwald, because it was a lot of fun.

Minority Report: A Look at Timing of WannaCry and Trump’s Spillage Yah, These ARE The Droids We Have Been Looking For And Fearing