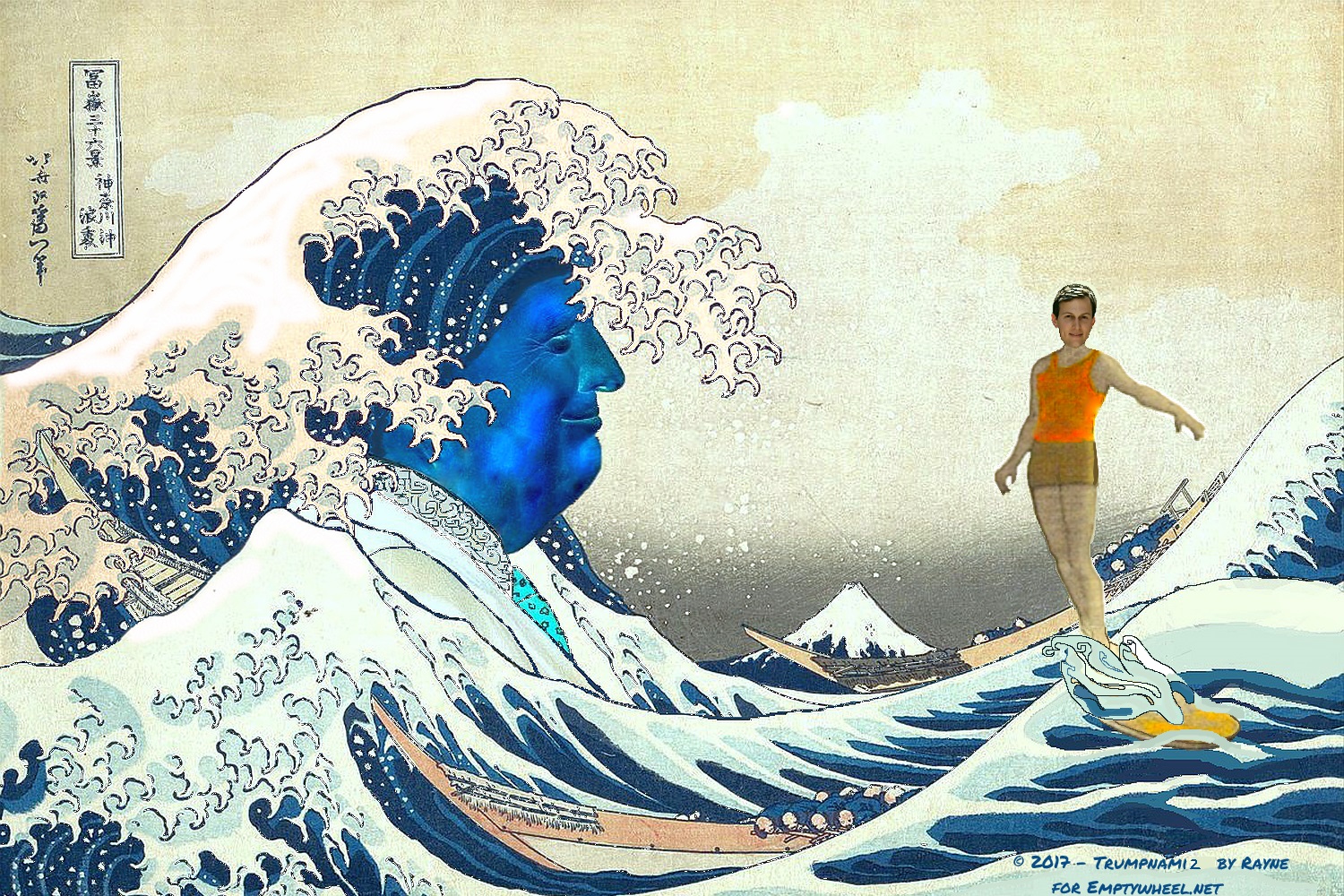 It’s a Category 5 hurricane of news when the pros can’t keep up. I laughed when I saw this tweet by Mother Jones’ Clara Jeffrey this Friday. It looked and felt like everyone in the news industry was flailing, dog paddling as fast as possible to stay afloat of this tick-tock:

Around noon: the news day erupted when Sean Spicer’s exit and Anthony Scaramucci’s entrance as White House Communications Director is announced. Media blew up the internet with all manner of content related to Spicer including Melissa McCarthy skits on Saturday Night Live and Scaramucci’s climate change tweets.

After 4:00 p.m.: all hell broke loose when the Washington Post reported on Attorney General Sessions undisclosed and intercepted conversation with Russia’s Kislyak. WaPo has a really annoying habit of removing the original time stamp on their story and leaving only the last updated time under the hed; the last update was 9:49 p.m.

There was another important story published amid all the hubbub, but it didn’t get anywhere near the same level of attention as the change in White House comms staff or Sessions’ perjury. I can’t find the original time the Wall Street Journal published its piece on Jared Kushner’s latest financial disclosures, but it was neatly sandwiched between Spicer’s hand-off to Scaramucci, and the Washington Post’s report on Sessions’ convo with Kislyak.

According to the disclosure, 77 assets were “inadvertently omitted” from Mr. Kushner’s earlier form and were added during what the form’s footnotes describe as the “ordinary review” process with the government ethics office. Some 60 of those were related to one collection of bonds. The updated form also provides additional information about 77 other assets, offering more detail about the structure of Mr. Kushner’s real estate assets. Mr. Kushner’s initial disclosure, released in March, hadn’t then been certified by the Office of Government Ethics.

How interesting — a Kushner-centric story about yet more inadequate and untimely disclosures, published late on a Friday afternoon, closing the window of availability for comment given the impending Sabbath.

And the same story, appearing in WSJ, wouldn’t appear in the print edition until Saturday morning. It’s DOA by the time folks on Wall Street get the story, including the BILLION in loans the WSJ’s analysis team found Kushner had not previously reported — and WSJ itself had been sitting on this information until OGE certified Kushner’s latest report.

Suspicions run high that the White House leaked the intelligence on Sessions’ to WaPo. We know now WaPo had the story a month ago but didn’t run it; they were likely waiting for corroborating source(s). Presto, one just shows up; who had access to that intelligence besides the Gang of Eight?

The White House also had complete control over the announcement of the communications director change-over.

What’s the chances the Kushner story was likewise nudged to fit inside the news storm so that Jared could surf his way out undeterred by the press? Sourcing on the article appears immaculate; perhaps the reporters call the Office of Ethics in Government every day, perhaps they watch a feed, but the timing is so incredibly perfect to assure this particular story doesn’t get a lot of traction.

And dear Crazy-Tweeter-in-Law did his thing from the can the following Saturday morning — tweeting a spume of crazy, ensuring there’s little afterthought given to a gnarly hang-ten off yesterday’s massive wave.

The nifty little kicker is that it wasn’t just Jared Kushner who released belated financial data.

Ms. Trump received $2.5 million in “salary and severance” from her father’s business operations, according to Friday’s disclosure. She also received a $787,500 advance for her book, “Women Who Work.”

There was more, but between the limits of Fair Use and just plain disgust, I won’t excerpt it here.

The question remains: by manipulating media, did Daddy give his girl a little push on her own surfboard, too?

Reminder: this is an open thread. Bring your crazy here in comments but behave.