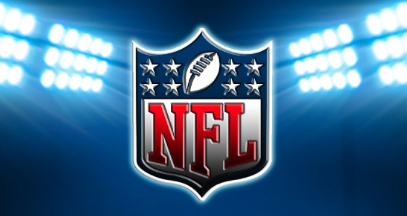 Late start today, had obligations all morning. And now that am back, am also trying to check on some relatives in Naples Florida, which seems to be the anticipated ground zero when Irma hits for real tonight and tomorrow. It is pretty concerning as they are not young and live literally on the beach. Jim White seems to be in better shape, but has been preparing nevertheless. It is quite a storm.

Speaking of ill wind, some blew in Foxborough Thursday night. The Chefs were really cooking and the Pats really were not. Ugly. If they keep playing like that, they are going to lose some more games. Maybe Jimmy Garoppolo’s time has come!

But we are on to the rest of the schedule, so let’s see what’s up. The Cardinals are in Detroit to visit the Kitties. No clue how either team is going to do, which actually makes it kind of an interesting game. The Cards have a solid roster, but it is the oldest in the league, and Carson Palmer has seen better days. Matt Stafford now has the richest contract in NFL history, so he ought be pretty amped up.

There really are not a lot of great matchups for opening week. Seattle at Green Bay is the clear class of the lot. The Colts at the Rams is not. What a stinker of a game. Raiders at Titans might be okay. The rest are just blah.

The other thing going on is the Ezekiel Elliott suspension drama. So far, Goodell ordered a six game suspension, the process was ridiculously lame, and Harold Henderson upheld the suspension in the appeal pursuant to the CBA. Elliott filed suit in Eastern District of Texas literally before the arbitration was completed. Now, by all rights, that action ought be dismissed and sanctions issued against Elliott and his attorney Jeff Kessler for the craven attempt at forum shopping prior to having exhausted the administrative remedies. Thats teh rules in any sane court, but this is Texas and the judge assigned, Mazzant, instead issued an order excoriating the NFL and issuing a restraining order so Elliott keeps playing.

It is really kind of Deflategate redux. It is, though, fascinating if you like the intersection of sports and law. And for those that do, I have some resources for you. The first is the Sports Esquires by our friend Ian P. Gunn. It is not only a great explainer, but they curate all the documents in one place, which is very helpful. For those preferring a podcast, this one at Dan Werly’s joint, The White Bronco, is fantastic. Dan Werly and Dan Wallach are both friends, and they are simply superb, and especially so in this pod on the Elliott case. You can also check out all these chaps on Twitter if so inclined.

Alright, it was a late start this week, so I will cut this short and get it posted so you all can chat it up about all the games. Music by the Scorps, with Rock You Like A Hurricane. Obviously.