Welcome to the Senate Foreign Relations Committee, Mr. Pompeo — the Latest Committee to Have Reason to Investigate Russia! 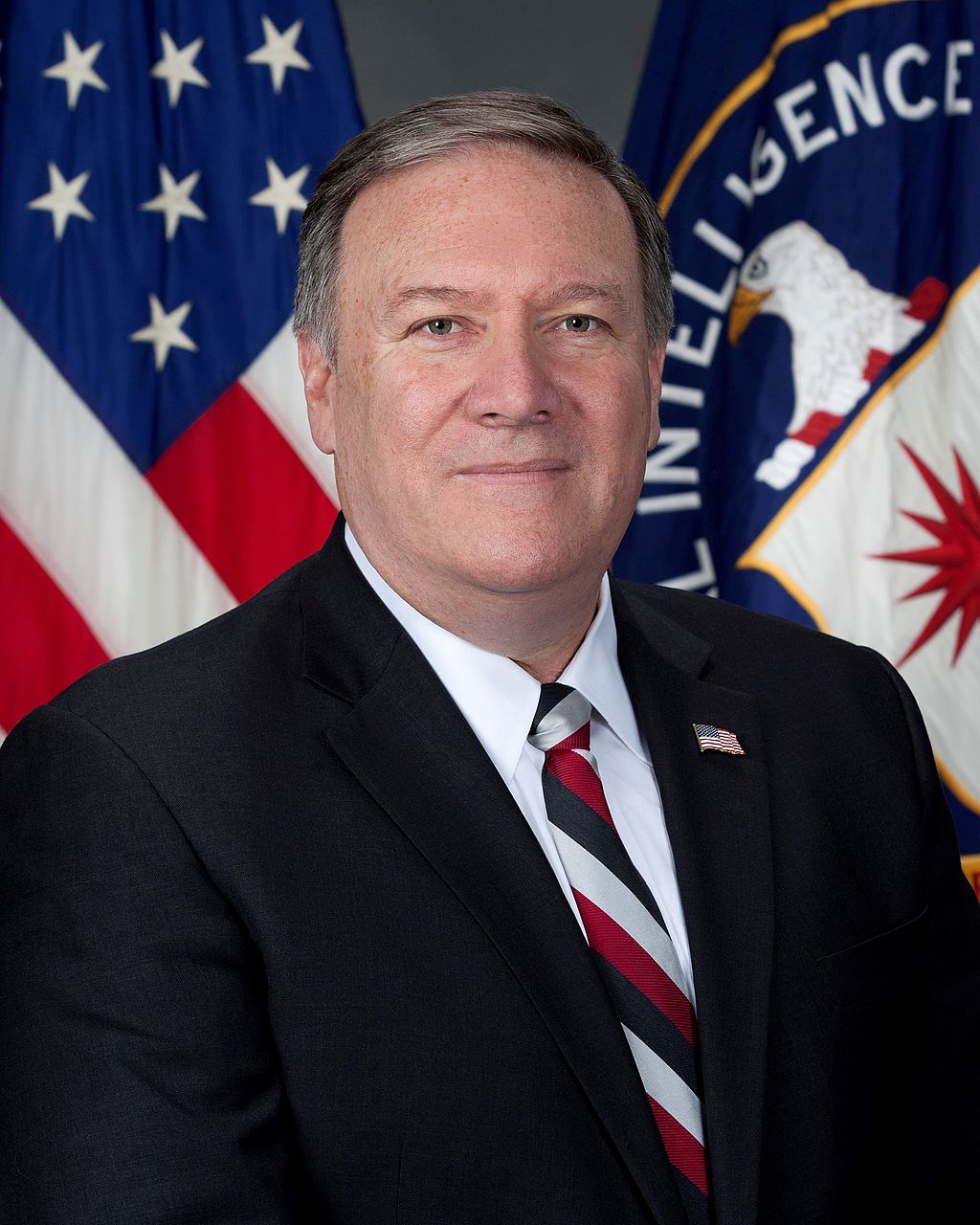 Yesterday, Rex Tillerson committed the one unforgivable sin on the Trump Administration: holding Russia accountable for its actions. While Trump and Sarah Huckabee Sanders equivocated, Tillerston strongly stated that the poison used in the attack on Sergei Skripal and his daughter obviously came from Russia.

U.S. Secretary of State Rex Tillerson says the poisoning of ex-spy Sergei Skripal in Britain “clearly came from Russia” and “certainly will trigger a response.”

Tillerson says he doesn’t know whether Russia’s government had knowledge of the poisoning. But he is arguing the poison couldn’t have originated anywhere else. He says the substance is known to the U.S. and doesn’t exist widely. He says it’s “only in the hands of a very, very limited number of parties.”

Tillerson calls the poisoning “a really egregious act” and says it’s “almost beyond comprehension” that a state actor would use such a dangerous substance in a public place.

Today, Tillerson’s counterpart, Sergei Lavrov, drew the unenviable task of denying Russia’s involvement, even while the Russian Embassy and Putin himself barely hid their glee about the attack.

“Russia is not responsible,” Sergei Lavrov said during a televised press conference that marked an escalation of the standoff with the UK over the poisoning of the former Russian agent Sergei Skripal and his daughter, Yulia.

Lavrov also suggested Moscow would not comply with a Tuesday midnight deadline set by Theresa May to deliver an explanation or face retaliation. He said Moscow’s requests to see samples of the nerve agent had been turned down, which he called a violation of the chemical weapons convention outlawing the production of chemical weapons.

“We have already made our statement on this case,” he said. “Russia is ready to cooperate in accordance with the convention to ban chemical weapons if the United Kingdom will deign to fulfil its obligations according to the same convention.” 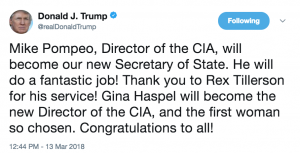 Of course, both those nominations require confirmation. And while it would probably be easy for Haspel to work as Acting Director for the foreseeable future, it may be far, far harder for Pompeo to make the move.

Admittedly, Pompeo was confirmed CIA Director with a 66-32 vote (this was before Democrats got bolder about opposing Trump’s more horrible nominees, and Pompeo was, after all, a member of Congress). But Pompeo likely faces a harder time even getting through committee. While Senate Foreign Relations Committee Dems Jeanne Shaheen and Tim Kaine are among the idiotic Dems who voted for Pompeo for CIA Director, SFRC Republican Rand Paul was the sole Republican voting against Pompeo. So even if just Shaheen and Kaine flip their votes, Pompeo will be bottled up in SFRC. But SFRC also includes several of the other Republicans who’ve been most skeptical of Trump and/or his dalliances with Russia: Bob Corker (who is retiring and has been chilly about Pompeo’s confirmation in the past), Jeff Flake (who is retiring), and Marco Rubio (who was hacked by Russia himself; though he has already said he would support Pompeo).

Since Pompeo’s last confirmation, he has done several things to coddle Trump’s Russia dalliance, as I laid out here.

Already, Pompeo’s cheerleading of Wikileaks during the election should have been disqualifying for the position of CIA Director. That’s even more true now that Pompeo himself has deemed them a non-state hostile intelligence service.

Remember, too, that in his last confirmation process, Pompeo refused to rule out using hacked intelligence from Russia, something Rubio should be particularly concerned about.

Pompeo can also expect to be grilled about why he ignored the sanctions against Russia’s top intelligence officers so they could all come for a meet and greet earlier this year.

I’m not saying it won’t happen. But it will be tough for Pompeo to get through the narrowly divided SFRC, much less confirmation in the full senate.

House Intelligence Republicans yesterday made asses of themselves in an attempt to get Russian investigations off the front page. But by nominating Pompeo to be Secretary of State, Trump just gave an entirely different committee, one far more hawkish on Russia issues, reason to start a new investigation into Trump — and Pompeo’s — Russia dalliances.