On My Continuing Obsession with Paul Manafort’s iPod Habit

There are two interesting details in Zoe Tillman’s coverage of yesterday’s Paul Manafort hearing. First, she noted that Uzo Asonye — the local AUSA Mueller added to the team to placate TS Ellis — asked for an extra week for the trial, which Ellis pushed back against.

Ellis said he expected to keep the trial date in place, barring a personal need to reschedule. When Uzo Asonye, a federal prosecutor in Virginia who is working with Mueller’s office, told the judge that the government expected to need three weeks, instead of the two weeks they originally estimated, to put on their case, Ellis told them to reconsider.

Remember that Mueller originally asked for 70 blank subpoenas (35 sets) to call witnesses for the trial. But after the trial got moved, they asked for 150 subpoenas (75 sets). Now we learn they would like 50% more time for the trial. This shouldn’t be a difficult case, given how much paperwork there is. I wonder why the scope of it has expanded. We know, however, that Mueller neither wants nor will be permitted to raise issues related to Trump.

Because of my continuing obsession with Manafort’s iPod habit, I’m also really interested in this passage in Tillman’s report.

On the home search issue, Manafort is arguing that the search warrant was too broad and that investigators had failed to explain at the outset why they reason to believe there would be evidence on various electronic media devices that they seized.

As I’ve laid out, Manafort’s lawyers focused on his iPods from their first suppression motion, claiming, falsely, that the iPods might only be used for music.

For example, the search warrant inventory of electronic devices seized or imaged includes things such as an Apple iPod music device and some Apple iPod Touch music and video devices. No agent could have reasonably believed that he was seizing electronic devices used in the commission of the subject offenses.

We now know that most of the iPods seized would be suitable for secure texting, to say nothing of recording meetings.

The government goes on to note that even if they shouldn’t have taken the iPods, the only recourse Manafort has is to suppression of evidence submitted at trial. And the government won’t be using evidence from the iPods at trial in this case.

In any event, Manafort would not be entitled to suppression even if he were correct. Absent evidence that the government flagrantly disregarded the terms of the warrant (which Manafort does not allege), the remedy for the seizure of materials outside the scope of a warrant is suppression of the improperly seized materials. See Maxwell, 920 F.2d at 1034 n.7. Here, Manafort identifies only the two iPod devices as supposedly falling outside the warrant’s terms, but the government will not be introducing any evidence obtained from those devices at the trial in this case. There is, in short, nothing to suppress. [my emphasis]

I’m a bit confused by the government reference to “two iPod devices,” because Manafort’s new list identifies eight. The discrepancy may arise from iPods that were taken versus those that were simply imaged. [ed: My supposition was correct. Manafort was focused on the two iPods that were physically seized more than the 6 that were imaged, though I only see one–a more recent model 64G one–mentioned in the list of seized devices (PDF 5).]

In any case, Manafort cites the government in his EDVA motion, again focusing on a handful — whether a big or small handful — of iPods as proof that the search was improper. But he doesn’t cite the government motion directly.

In his opposition to Mr. Manafort’s motion to suppress evidence seized from his residence filed in the related matter pending in the U.S. District Court for the District of Columbia, the Special Counsel stated that he would not seek to introduce evidence from the iPods seized from the residence, see United States v. Manafort, Dkt. No. 17-cr-201 (D.D.C.) Doc. No. 284 at p. 18, further underscoring the unreasonableness of their seizure in the first place.

Rather than stating that “the government will not be introducing any evidence obtained from those devices at the trial in this case,” Manafort instead claims that “the Special Counsel stated that he would not seek to introduce evidence from the iPods seized from the residence.”

As a number of people have recalled in the wake of the news from the same hearing that the FBI learned of Manafort’s storage facility from AP journalists, Mueller also reportedly learned of the June 9 meeting from the NYT. That’s because, at that early phase of his alleged witch hunt investigation, he was piggy backing on Congressional document requests. The Senate Judiciary Committee received its production from Manafort on the June 9 meeting on July 25, the day Manafort testified to the Senate Intelligence Committee. So Mueller probably received his version around the same time (in any case, no more than a few weeks earlier). That would mean they would have received it close to the same time they obtained the search warrant, also on July 25. Presumably as soon as they saw this, Manafort’s notes on the June 9 meeting taken on some kind of (surely Apple) device, especially the aborted description of something illicit, they would have wanted to obtain the device it was written on (especially if there was reason to believe his lawyers altered the files on the phone in producing it for the committees). 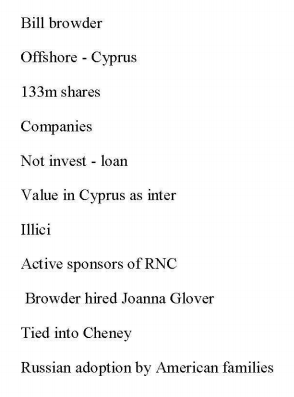 Perhaps, too, Mueller’s team has reason to believe that Manafort recorded the meeting, which would make the interest in iPods even more pressing.

The part of the warrant affidavit that pertains to probable cause to search for materials on the June 9 meeting remains entirely redacted — it’d be in the section starting on PDF 27. So we don’t know whether it mentions Manafort’s notes in that meeting, but if so, then the devices would clearly fall under the warrant’s inclusion of “communications, records, documents, and other files involving any of the attendees of the June 9, 2016 meeting at Trump tower.” All that said, Manafort knows what’s in the redacted passage; he received a completely unredacted copy on April 23 in the DC case, in response to his first motion to suppress where he initially complained about the iPods. So he would know if Mueller’s team mentioned his notes, taken on an Apple device, in the affidavit.

In reality, both of Manafort’s search suppression motions are garden variety, in no way very interesting and unlikely to succeed (indeed, the equivalent motion with respect to his storage unit already failed in DC). That’s why I find Tillman’s observation so interesing; she even told me that Ellis didn’t want to hear any more on the search of the residence, but Manafort’s lawyer nevertheless presented it anyway, effectively laying groundwork for appeal on the damned iPods.

There’s been a lot of talk about why Manafort doesn’t flip now, and I realized when I read Tillman’s piece that this is likely one reason why. Fourth Amendment protection is not associative: Manafort is the only person who can bitch endlessly that the FBI took his iPods. So if there’s anything on there that implicates other people as well as himself, the serial bids to undermine the condo search (which would be followed by another if Mueller ever charges the June 9 meeting) would be the only thing to keep that evidence out of any trial.

I sure do get the feeling there’s something damned incriminating on those iPods.

Democracy Against Capitalism: The Separation Of Politics and Economics For Family and Country: The Questions Michael Cohen Won’t (Yet) Answe...