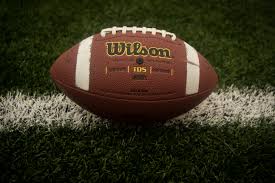 Okay, this post will have nothing to do with Manafort’s plea. But this is the big weekend after the Friday of Manafort, and Trash must be talked. This will be a bit of truncated Trash because , well, I am tired after an early morning yesterday and then spending the rest of the day, and much of the night, trying to settle a couple of things as to the day job.

As to the Joes: I dunno, most of the college games this week look uninteresting. Can Florida State regain their footing and beat Syracuse in the Cuse Dome? You would think so, but FSU has stunk it up so bad to date that you have to wonder. I guess the Irish can handle Vandy at home, but you never know. BYU at Wisconsin could be a lot tougher game than the Badgers want. Probably most think LSU at Auburn is the early game of the day, but Boise State at Oklahoma State may be it. Ohio State may run into a buzz saw visiting TCU deep in the heart of Texas. USC at Texas is getting big buildup, but not sure it is deserved. Washington at Utah may be another curious game. Rice Stadium is not always particularly hospitable (though it sure was when I was there with the Stones in 1994!). Locally, and late, we will be watching ASU at San Diego State. The Devils somehow, miraculously, beat Michigan State last weekend. Can they make it to 3-0 tonight against the Aztecs? I will not bet on that.

As to the The Pros: Cinci already beat the Ravens, and did so rather convincingly. That is surprising. Cleveland is undefeated for the first time in forever, but don’t think they can win a shootout with Brees and the Saints in NOLA. The Chargers will kill Buffalo, which is just seriously bad. The Chefs at Steelers should be interesting. Still no Laveon Bell for the Stillers, but James Connor kicked ass last week. I’ll take the Stillers, but young Mahomes and the Chefs offense look like the real deal.

Miami at the suddenly explosive Jets Jets Jets looks fascinating. I think the Sammy and the Jets keep it going at home. Vikings at the Cheeseheads will be interesting IF Rodgers and Adams are on the frozen tundra at home. If not, then Kirk Cousins gonna win that game. Cardinals going to get humiliated for a second week in a row against the Rams in LA. The Cards billed this as the Year of New Hope, instead is the year of nope.

New England Pats at Jacksonville could be highly entertaining. Brady and the boys were not really in synch last week in a win against the Texans. He hooked up well with Gronk and Dorsett, but the whole effort, especially the run game, looked suspect. The Jags may be without Leonard Founette, but their defense is almost as good and bit as Jalen Ramsey’s mouth. Seattle at Bears is a tossup.

F1: Not a lot of comment from me on the circus this week. They are in Singapore at the Marina Bay Circuit for the famous night race. Personally, I find the night race on the heavily cemented in pit at Marina Bay kind of flakey, but they run it nevertheless. The starting grid is Hamilton, Verstappen, Vettel, Bottas and Raikkonen in P1 through P5 respectively. Not easy to pass at Marina Bay, so take your cues from the starting grid.

And, with that, we are off! Also, last week a new commenter by the name of “Bill” suggested a Canadian band called The Big Wreck. I said I would check them out, I did, and they are indeed quite good. Do check them out. So they are this weekend’s music. We are a full service blog here at Emptywheel!

tweets from our circle
emptywheel@emptywheelArea Substacker would like you to focus on NeoNazis in Ukraine and not the ones meeting up in Hungary that he's chu… twitter.com/i/web/status/1…8 minutes ago22 May 2022
emptywheel@emptywheelJohn Durham Is Prosecuting Michael Sussmann for Sharing a Tip on Now-Sanctioned Alfa Bank emptywheel.net/2022/05/22/joh…14 minutes ago22 May 2022
Ed Walker 🍞🌹💉💉@MasaccioEWRT @PicadioAntonio: @espinsegall Two Catholic Bishops have denied Holy Communion to Biden and Pelosi for being pro choice. Does anyone thin…2 hours ago22 May 2022
emptywheel@emptywheelThat Clinton Tweet Could Lead To a Mistrial (or Reversal on Appeal) emptywheel.net/2022/05/22/tha…4 hours ago22 May 2022
emptywheel@emptywheelRT @JonWalkerDC: Should be a bigger deal CPAC went to Hungary to basically teach conservatives how to end democracy in practice4 hours ago22 May 2022
bmaz@bmazNot a Smart foul. Jeez, and now a T on Smart.7 hours ago22 May 2022
bmaz@bmazI thought only LeBron got to blithely travel like that.8 hours ago22 May 2022
Ed Walker 🍞🌹💉💉@MasaccioEWRT @cascamike: the progressive agenda was fully embraced by the democratic party for three months at the beginning of 2021. approval rating…13 hours ago21 May 2022
Jim White@JimWhiteGNVWe feast tonight! The butts cooked faster than expected., but will hold safely wrapped in foil and in a cooler unti… twitter.com/i/web/status/1…18 hours ago21 May 2022
Ed Walker 🍞🌹💉💉@MasaccioEWRT @RepKatiePorter: 🥩 4 companies control 85% of the beef market 🫘 4 companies control 80% of the soy market 🍝 3 companies control 78% of t…23 hours ago21 May 2022
Ed Walker 🍞🌹💉💉@MasaccioEWRT @sarahkendzior: A thread from a year ago23 hours ago21 May 2022
RayneToday@raynetodayRT @darth: i know this is completely unrelated but imagine spending nine fuckin hours with that guy1 day ago21 May 2022
Jim White@JimWhiteGNVWho’s ready for baseball at the end of the rainbow? pic.twitter.com/QWJZZK5LpC1 day ago20 May 2022
Jim White@JimWhiteGNVMore than fifty folks from the church are signed up to eat pulled pork in my back yard tomorrow evening. Fortunatel… twitter.com/i/web/status/1…2 days ago20 May 2022
Jim White@JimWhiteGNVSays the man who just disenfranchised many voters of color. Just fuck off with your hypocrisy. twitter.com/GovRonDeSantis…2 days ago20 May 2022
RayneToday@raynetodayRT @wyatt_privilege: Not a mind blowing observation but the game now is to send crazy shit upstairs to scotus and invite them to remold, sc…3 days ago19 May 2022
RayneToday@raynetoday~ding-ding-ding~ Accurate. twitter.com/robinmarty/sta…4 days ago18 May 2022