How Roger the Rat Fucked Himself 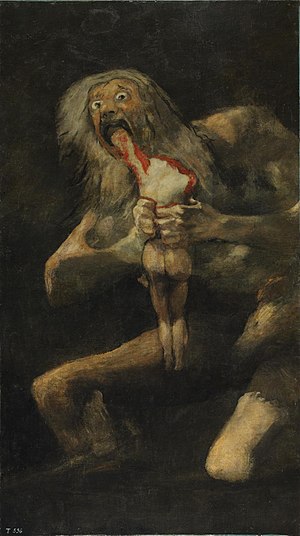 After the FBI arrested Roger Stone today, they conducted searches on his homes in Florida and NYC. It will be interesting to see whether and if so how much evidence they found in his homes.

If Ronald Reagan is rolling in his grave today because the Air Traffic Controllers showed that by working collectively they could be more powerful than a President, then Richard Nixon is rolling in his grave today that a guy still branded with his face failed the cover-up so much worse than Nixon himself (Unrelatedly, but hysterically, the Nixon Foundation released a statement today effectively calling Stone a coffee boy).

Consider this passage in his indictment for lying to the House Intelligence Committee:

22. During his HPSCI testimony, STONE was asked, “So you have no emails to anyone concerning the allegations of hacked documents . . . or any discussions you have had with third parties about [the head of Organization 1]? You have no emails, no texts, no documents whatsoever, any kind of that nature?” STONE falsely and misleadingly answered,  “That is correct. Not to my knowledge.”

a. The email from STONE to Person 1 on or about July 25, 2016 that read in part, “Get to [the head of Organization 1] [a]t Ecuadorian Embassy in London and get the pending [Organization 1] emails . . . they deal with Foundation, allegedly.”;

c. The email from Person 1 to STONE on or about August 2, 2016 that stated in part, “Word is friend in embassy plans 2 more dumps. One shortly after I’m back. 2nd in Oct. Impact planned to be very damaging.”;

d. Dozens of text messages and emails, beginning on or about August 19, 2016 and continuing through the election, between STONE and Person 2 in which they discussed Organization 1 and the head of Organization 1;

e. The email from STONE on or about October 3, 2016 to the supporter involved with the Trump Campaign, which read in part, “Spoke to my friend in London last night. The payload is still coming.”; and

f. The emails on or about October 4, 2016 between STONE and the high-ranking member of the Trump Campaign, including STONE’s statement that Organization 1 would release “a load every week going forward.”

To be clear, I’m sure that Mueller has independent basis for his knowledge that, “At the time of his false testimony, STONE was still in possession of many of these emails and text messages,” showing that he talked about what documents Assange had. As I’ve said, I think it highly likely Stone was included among those on whose phones Mueller got a warrant in March of last year. And if he could get a warrant for Stone’s phone, he obviously could get a warrant for Stone’s email (and probably issued preservation orders when he became Special Counsel in May 2017, if FBI hadn’t already done so).

But Mueller would have had proof that Stone had possession — and knowledge of — some of these records even without a warrant. That’s because Stone, in an apparent effort to undermine Mueller’s case, has been slowly leaking them to the press, accelerating last November.

Of those listed here, for example, after Bannon leaked the October 4 email set to the NYT and WaPo, Stone responded with a piece under his own name acknowledging those emails.

I had been told this would come in October for months by my source Randy Credico, whom I identified for the House Intelligence Committee.

When Bannon’s minion Matt Boyle asked me if what Assange had was “good” I replied it was, based on Credico’s insistence the material was “devastating,” “bombshell” and would “change the race.” This turned out to be right, although — as I have testified — I never knew the content or source of the Wikileaks disclosures in advance.

As for the August 2016 texts with Randy Credico, some days later, Stone leaked them to the Daily Caller, again, using his own name.

Julian Assange has kryptonite on Hillary,” Randy Credico wrote to Stone on Aug. 27, 2016, according to text messages that Stone provided to The Daily Caller News Foundation.

Mueller didn’t need a warrant to obtain the evidence to convict Roger Stone. He has the Daily Caller for that!!

Which raises the question why — other than sloppiness, hubris, or declining rat-fucking skills — Stone went to the trouble of lying to HPSCI if he didn’t, at the same time, delete all records of his election year rat-fuckery, which might have minimized the charges he is facing today.

Stone chose to keep these records, even (apparently, though I don’t know that those came out other than in Corsi’s own leaked plea deal) the ones with Corsi that show he was lying about Credico. Stone chose to obstruct justice, but not to do so in a way that would destroy the evidence he was trying to hide.

One reason he may have wanted to do that was to keep leverage over Trump and people like Steve Bannon in his immediate circle.