Why Did Gucciardo Pay Giuliani Partners For His “Loan” To Fraud Guarantee? 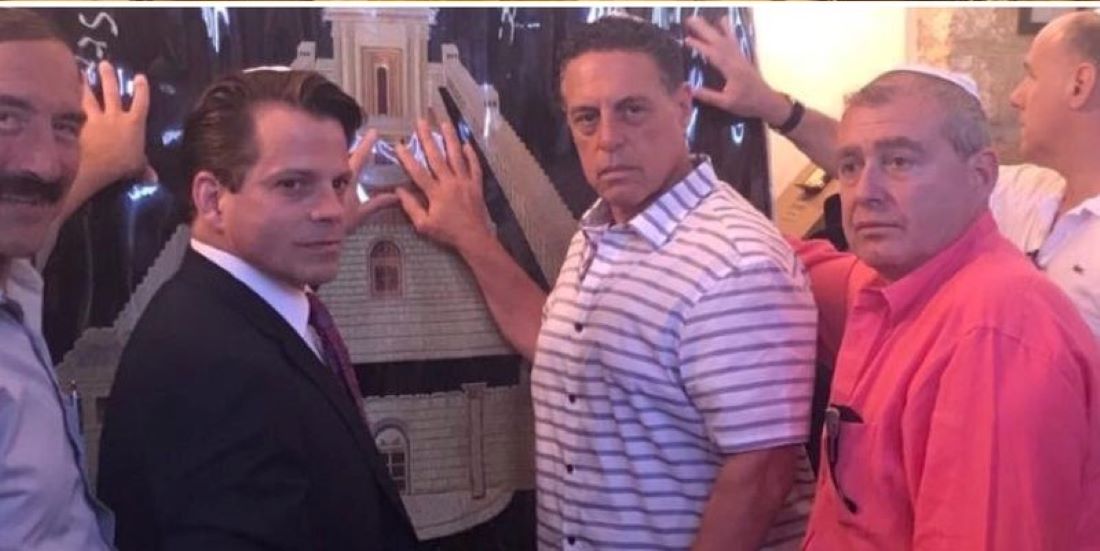 I’ve been troubled by the New York Times’ description of the funds provided by Charles Gucciardo that were used by Lev Parnas to pay Rudy Giuliani for his “consultation” for Fraud Guarantee. The most troubling bit is this:

Mr. Gucciardo, 62, a plaintiff’s lawyer, has not been implicated in any wrongdoing, and there is no evidence that he was involved in the Ukrainian pressure campaign.

That may well be, but there are a number of issues that simply don’t add up here. First, although Gucciardo is not accused at this time of any wrongdoing, it is clear that he engaged deeply with the same set of characters who are at the center of the Ukraine activities driving the ongoing impeachment action in the House of Representatives.

Gucciardo also had made a large donation to America First Action around the same time as the $325,000 donation from Parnas and Fruman. From the Times article, continuing about Gucciardo:

In 2018, he made his biggest donation on record to date — $50,000 to the pro-Trump super PAC America First Action — and attended an event for major donors at the Trump hotel featuring appearances by the president and Donald Trump Jr.

It was there that he met Mr. Parnas and Mr. Fruman, who had recently co-founded a company called Global Energy Producers that donated $325,000 to the PAC.

The next month, Mr. Parnas, Mr. Fruman and Mr. Gucciardo all went on a group trip to Israel, according to people who traveled with them.

There are even pictures from the trip, reproduced here by the Daily News. Note that in the lower of the paired photos (which is also the featured image of this post), we have from left to right, Joseph Frager, Anthony Scaramucci, Charles Gucciardo (see his profile photo at his website for comaprison) and then Parnas.

First, we are told the funds were a loan that could be converted into a stake in Fraud Guarantee. Continuing from the Times story:

“He understood that he was investing in a reputable company that Rudolph Giuliani was going to be the spokesman and the face of,” Mr. Zelin said, comparing Mr. Giuliani’s role to the one he had played for the personal data-security company LifeLock, which ran commercials featuring Mr. Giuliani. “When you think of cybersecurity, you think of Rudolph Giuliani,” Mr. Zelin said.

The company being promoted by Mr. Parnas, Fraud Guarantee, was billed as a way for investors to get insurance against the risk of being defrauded. Mr. Gucciardo’s money was a loan that could be converted into a stake in the company, according to people familiar with the deal.

But, the money didn’t go to Fraud Guarantee:

In an interview, Mr. Giuliani called the arrangement a “perfectly legitimate payment” for which Mr. Gucciardo received “promissory notes that were convertible into a percentage of the company.”

Mr. Giuliani said he “verified the stock agreement” and “felt comfortable getting it from somebody as reputable as him,” adding that, after the payments, “I’ve gotten to know Charles very well. He’s a very honorable man, a very good man.”

Wait. What? Why would Gucciardo have paid Giuliani directly anyway? For a loan convertible to a stake in Fraud Guarantee, the money went to Giuliani Partners instead of Fraud Guarantee?

Well, that’s where I no longer can buy into Gucciardo being an innocent swept up in the awesomeness of Parnas, Fruman and Giuliani. As has been pointed out many times, Fraud Guarantee mostly never existed. Certainly, by the time these funds changed hands in September and October of 2018, someone investing a half million dollars, and especially if that someone is a high-powered attorney, would be expected to do just a bit of due diligence. For example, here’s Roll Call giving dates for events related to Fraud Guarantee:

In the search for Fraud Guarantee, three names that all appear to have links to Parnas emerged: fraudguarantee.com, Strategic Global Assets LLC and Fraud Guarantee LLC.

Florida Department of State records show that Strategic Global Assets LLC registered fraudguarantee.com as a fictitious name in March 2013. Strategic Global Assets’ corporate filings list Parnas and Florida businessman David Correia as managers. Correia was also among the defendants in the indictment unsealed last week. He was arrested in New York on Monday.

The Florida Department of State dissolved Strategic Global Assets in September 2016 after it failed to file an annual report, records show.

A lawsuit was filed against Strategic Global Assets for failure to pay rent in Palm Beach County, Fla., in January 2015, and a default judgment in the landlord’s favor came down in July of the same year.

Strategic Global Assets’ official address on state records was changed in September 2015 to that of Correia’s apartment at the time. Correia was listed as the registered agent for Strategic Global Assets in that same filing. He is identified as Fraud Guarantee’s co-founder and chief operating officer on that company’s website.

Florida records show that another company called Fraud Guarantee LLC was dissolved in September 2014 for failing to file an annual report. It’s not clear whether that company was associated with Parnas or Correia, but it shared the same street address that appears for Strategic Global Assets and fraudguarantee.com on Florida court records and an archived copy of the company’s website.

All of that bad info should have made anyone getting ready to invest so much money run away screaming. But in putting the funds into Rudy’s consulting business, they were essentially being hidden from multiple creditors owed funds by Giuliani, Parnas and Fruman.

First, as even the Times article above notes, Giuliani is in the midst of an ugly divorce, and so funds going directly to him would be contested in that ongoing proceeding.

Further, the Parnas and Fruman donation to America First Action was almost immediately the subject of a public complaint filed with the Federal Election Commission. This filing in July was public by the first investment in September of 2018. Further, although the Campaign Legal Center did not bring further attention to it  until 2019, an attorney of Gucciardo’s caliber should have been able to find the ongoing saga of the Pues lawsuit. Here’s a description from USAToday:

A thornier case lingers from a federal judgment that Parnas owes for a movie that never got made.

The Pues Family Trust IRA filed a federal lawsuit in 2011 in New York City seeking repayment of a $350,000 loan to Parnas. The trust’s executor, Michael Pues, described the money in court documents as a bridge loan for a movie with the working title “Anatomy of an Assassin,” while Parnas found more investors.

Parnas denied in a court filing that the money was a loan. Parnas said the movie, which he said was going to be called “Memory of a Killer,” fell apart because of financing problems, including Pues not contributing $1 million as promised.

A judgment in the federal case in March 2016 ordered Parnas to pay the Pues Family Trust $510,435 for the loan and 9% annual interest.

So, Parnas had to be careful about funds flowing through entities he controlled, because the Pues Family attorneys were watching carefully (and in fact pounced on the news of the America First Action donation) and Rudy had to be careful about not having the money go directly to him or his ex-wife would seek the funds. Shouldn’t Gucciardo have asked why the money didn’t just go to Fraud Guarantee? Shouldn’t he have asked why he had to divert funds to Rudy’s consultancy? This just doesn’t add up. Given his deep involvement with these same players, it seems much more likely Gucciardo understood the winks and nudges involved in getting funds to Giuliani in return for his “pro bono” representation of Donald Trump.