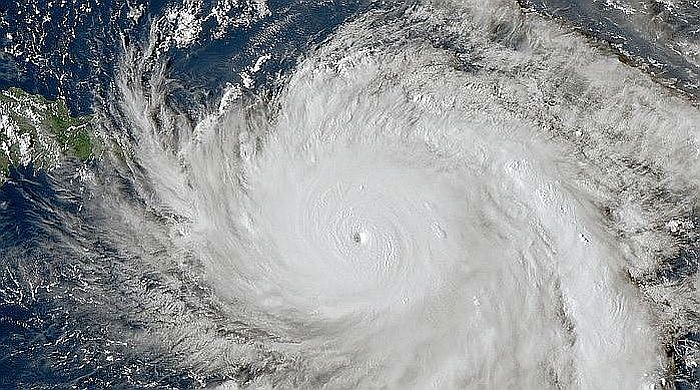 This is a hurricane. You recognize the threat such a storm poses especially if you live in a coastal region; you know that you must be ready by the time the outer bands begin to lash your home. You must be hunkered down and ready to ride it out.

This, too, is a hurricane. Our nation’s problem is that an overwhelming number of Americans didn’t recognize this impending storm when this first man-made outer band hit the airports the weekend of March 15.

Thanks to the incredible incompetence and/or malignancy of Trump’s minions Jared Kushner and Stephen Miller, this hurricane gathered energy in airport terminals across the country. 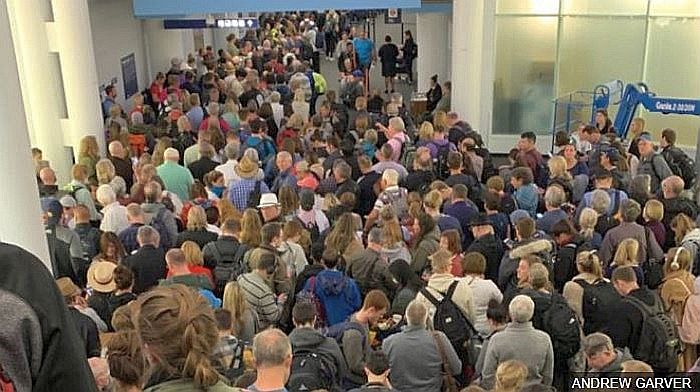 All the people who were exposed to those who were contagious in these confined and inadequately vented airport spaces are now into their first week of their own contagious state, with and without symptoms.

All the people in this photograph who are going to experience moderate/severe/critical symptoms are beginning to do so now and over the next week.

All the people in this picture who are asymptomatic or have mild, cold-like symptoms are still functioning as they did before their trips which took them through the airports. They are contagious and have no clue that they are for the most part.

The hurricane has only just begun and you had better be hunkered down, staying in your shelter.

The hurricane has only just begun and states need to lock down these contagious persons.

The White House’s bullshit 15-day period is just that, bullshit. The public has NO idea when those inept and corrupt jackasses began counting their 15 days. More importantly, to break this contagion will require MORE than 15 days because there hasn’t been a uniformly-applied, well-communicated lockdown, and because the federal government continues to yank us around on both testing and personal protection equipment.

I’m begging businesses small and large to understand there is NO economy ahead if this hurricane wipes a broad swath of consumers off the map, if this hurricane sweeps away resources through sustained illness and dealing with the fallout from deaths.

Small and large businesses must also come to the same conclusion as governors and other state leaders: the Trump administration has failed, is failing, and will continue to fail just as it did in 2017 before, during, and after Hurricane Maria.

Thousands of Americans died on a small island because of gross negligence by Donald Trump and his administration. They were in better shape then, had more resources than they do now, because there has been continued gross neglect of the government systems required to respond to emergencies and disasters.

The tests are not coming. The personal protection equipment isn’t coming. Assume you must find alternatives in your own backyard. Build them and protect your own. Work with state and local government to identify shortfalls and fill them. Do what the Trump administration has refused to do — be competent, be pro-active, care for your state and communities.

Do it right the fuck now before the next band of this hurricane comes within the week.

Not everyone will be able to take shelter even as states like Michigan order lockdown — it’s expected at 11:00 a.m. today that Gov. Gretchen Whitmer will announce all non-essential businesses shut down. Those folks who must continue to work need our understanding and our efforts to protect them.

So, too, do the folks who can’t afford to take time off work but will and have been forced to do so. Their bills continue even as their work stops.

Call your representatives and senators and ask them to pass aid packages which help the working people of this country, those in the lower 50% of income, because money given to them in aid is immediately plowed back into the economy.

The Trump tax cuts clearly didn’t put money back into the economy; savings from the cuts were used to buy back stock and boost share prices rather than create jobs or invest in equipment. Corporations received aid with those cuts; they shouldn’t get more after having abused the chance to build more robust business able to withstand this hurricane.

Nor should any business which pays zero taxes or operate in a different country — like cruise ship lines operating under foreign flags to avoid U.S. taxes — receive any consideration.

The Senate is scheduled to reconvene at noon E.T. — contact your representatives and senators NOW, whether by phone, fax, or @Resistbot.

How the Concord Management Prosecution Fell Apart Trump Considers Getting Hospitals Ventilators Nationalization But a Bailout...