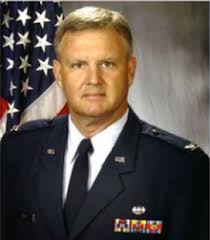 This is a small blog in the scheme of things. We seriously do try to get things right though. If there is a lasting hallmark, let it be that. We also, assiduously, try to stay out of primary politics.

There is one primary that is done and over though, and that is in North Carolina’s 11th Congressional District. NC-11. The Democratic nominee there is Moe Davis. Mr. Davis is not only a fantastic candidate, he is a friend to several of us at this blog, and not just through the electrons that are the internet, we know him in person. Moe is the real deal.

But since this can only go out via the electrons, here is a synopsis:

How did we here at Emptywheel come to know Moe? It almost seems quaint anymore. It was because of Guantanamo, the wrongs occasioned there and the few that stood up in the face of that failure. Moe was not just one, but was willing to be the face for the many.

In 2007, while serving as Chief Prosecutor for Terrorism Trials at Guantanamo Bay, Davis dared to take on the Bush Administration. He was ordered to use evidence obtained through torture in his prosecutions. Davis refused. That decision came at a price; to uphold his principles, Davis had no choice but to resign his position at Guantanamo. Davis believes the Legion of Merit was initially withheld as punishment for defying the Bush Administration before he finally received the honor.

For his stand against torture and the political pressure placed on prosecutors at Guantanamo, the Citizens for Responsibility and Ethics in Washington (CREW) honored Davis by including him in, “Those Who Dared: 30 Officials Who Stood Up For Our Country.”

That was not the last time Davis stood up for what he believed was right. In 2008, after retiring from the Air Force, Davis became assistant director and senior specialist in national security for the Congressional Research Service at the Library of Congress. But when Davis wrote an opinion piece for the Wall Street Journal that was critical of the Obama Administration’s handling of prosecutions at Guantanamo Bay, he was fired.

Davis challenged his dismissal in court, believing his First Amendment right to free speech was infringed. He ultimately won his suit and received the Justice Charles E. Whittaker Award for professional courage and integrity. He also was given the Hugh M. Hefner First Amendment Award.

Why take a stand and risk his career? As Davis said, borrowing from Martin Luther King, Jr.’s familiar theme, “It’s always the right time to do the right thing.”

Dispatch from the War on COVID-19 [UPDATE-1] Rural Roulette: The Three-Day Church Event